Cut to Clamp Series: Using a silage additive and the ensiling process 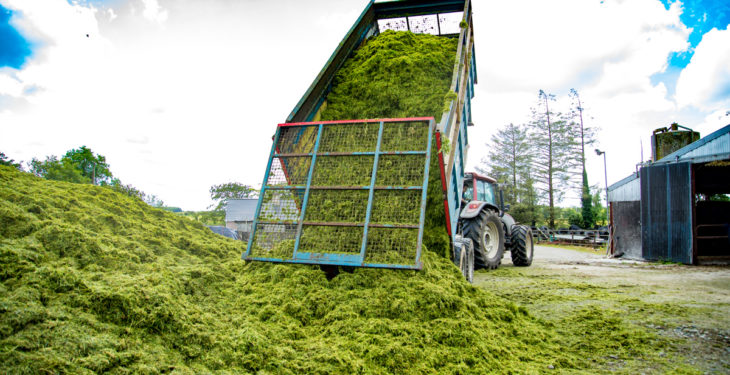 As part of the ‘Cut to Clamp Series’ – an initiative brought to you by AgriLand and Volac – we have already examined the key measures when it comes to mowing, wilting and picking up silage.

The second article of the three-part series will cover the areas of treating the grass crop with a silage additive at harvesting and the ensiling process, while we will also fast forward to next winter and discuss best practice when it comes to feeding this forage.

Waste silage is a huge drain on farm profits and one of the ways farmers can limit this is through the use of a silage additive.

For farmers aiming to make high-quality silage, the inclusion of an additive can significantly help improve silage fermentation and quality. However, the importance of packing the pit correctly can not be underestimated.

Silage is produced when beneficial bacteria ferment some of the sugars in grass to lactic acid. This ‘pickles’ the grass – preventing the growth of spoilage micro-organisms – and preserves nutrients.

An efficient fermentation requires air-free conditions within the clamp (pit). Farmers should also look at additive results, as well as reducing DM losses.

A quality bacterial additive can improve ME and D value and boost milk yield (by an average of 1.2L/cow/day in the case of lactobacillus plantarum MTD/1). 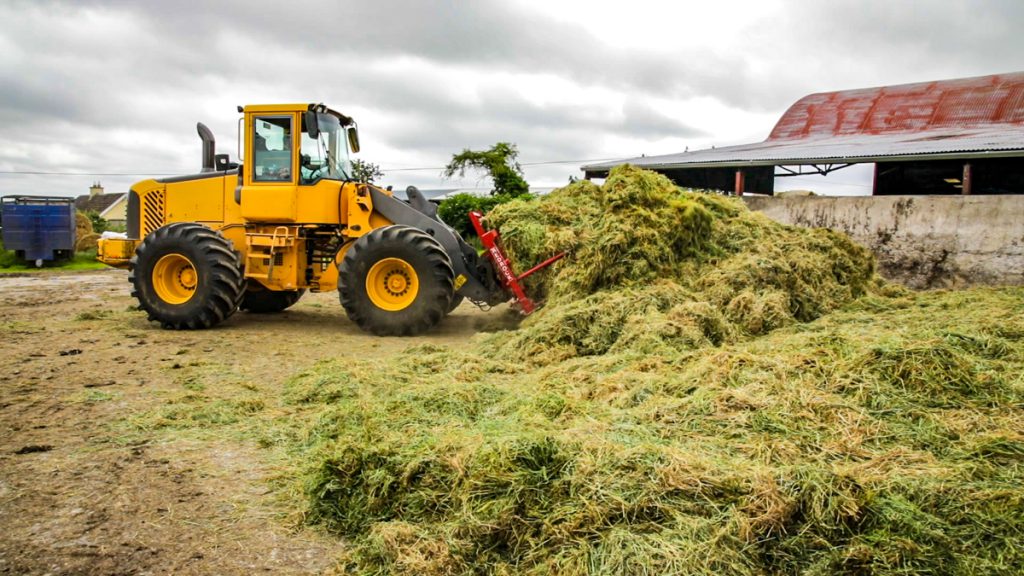 However, farmers should not leave preservation to chance; you don’t know if bacteria populations on grass are sufficient for an effective fermentation. When used correctly, a quality additive will supply one million ‘good’ bacteria per gram of forage.

15 independent trials, using the MTD/1 strain of Lactobacillus plantarum in Ecosyl, have shown that dry matter (DM) recovery was boosted by 3.7% when compared to non-treated silage.

And if 1,000t of DM silage were originally clamped, that would equate to an extra 37t back at feed-out.

In the video (below), independent silage expert, David Davies, explains the key things to think about when considering treating your silage with an additive.

Given the increase in energy content, digestibility and DM intakes, the use of treated silage also leads to an increase in animal performance. The level of live-weight gain achieved by finishing beef animals was also 19% higher on diets containing treated silage compared to untreated silage.

Why is it important to consolidate your clamp?

Many farmers do not pack their silage pit enough and, as a result, the quality of silage produced may be reduced.

Failing to pack or consolidate the clamp (pit) properly can lead to reduced fermentation, more waste and increased aerobic instability problems at feed-out.

Therefore, squeezing as much air as possible out of the clamp and achieving the correct clamp density is important. Removing these air pockets is necessary as the fermentation and preservation process needs an oxygen-free environment to occur. 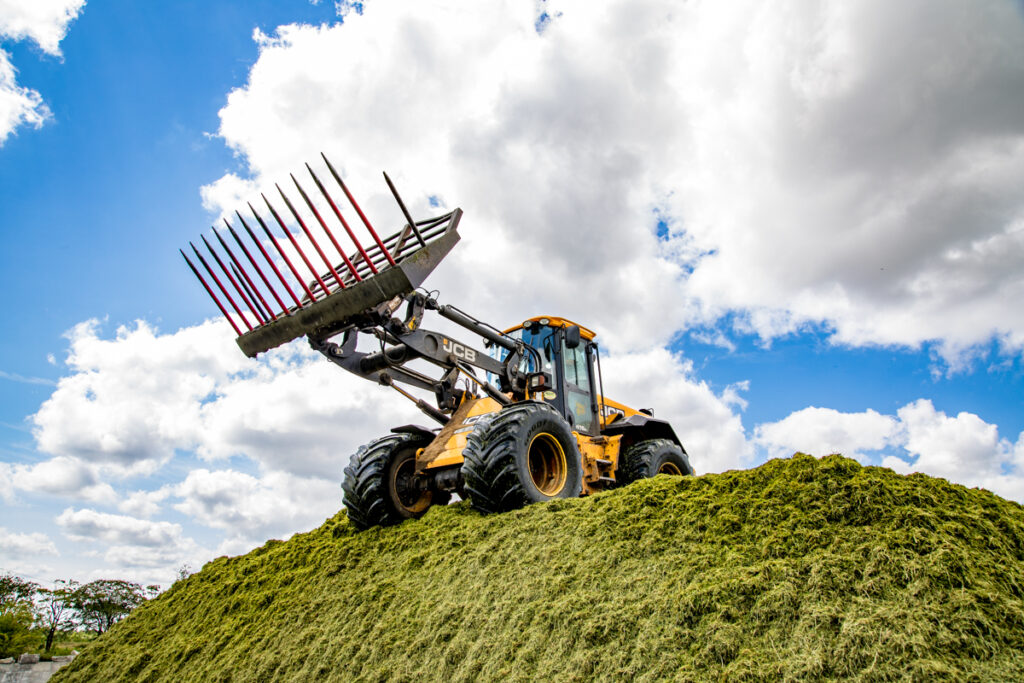 Often, silage isn’t consolidated enough simply because trailers are arriving at the clamp too quickly and grass is not spread properly.

You can only really efficiently consolidate the top 15cm. So layers should be even and no greater than this depth, before being compacted and the process repeated with the next layer.

For a grass silage at 30% DM, aim for a target silage density of 250kg of DM/m³ or 750kg/m³ in fresh-weight terms. Also, avoid over-filling the clamp as once clamps are filled above the wall level the density drops.

In the following video (below), David Davies outlines best practice when it comes to filling and sealing your silage pit.

Once the pit has been consolidated, sealing the clamp will stop oxygen from entering the pit. This is important for fermentation and aerobic stability. It is advisable to use side sheets and to leave a good overlap with the top sheet of preferably 1.5m.

Once the clamp is filled, the side sheets should be folded in, an oxygen barrier film placed on top and then a top sheet fitted.

Farmers also need to ensure that as much weight is placed on top of the clamp as possible. This weight maintains better density in the weakest part of the clamp – which is the top.

Special care should also be given to the opening of the pit (ramp) and at least half a metre of extra silage sheet at the front of the clamp is needed. 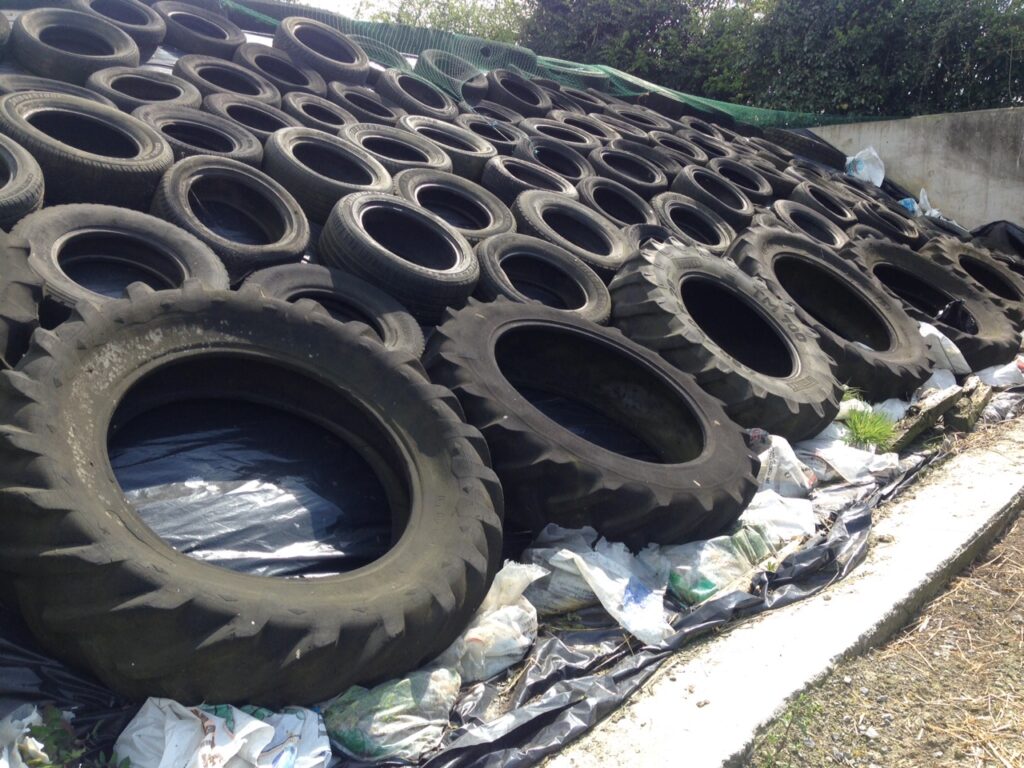 This sheet should be weighed down to prevent any carbon dioxide from exiting the clamp or any oxygen from entering. Remember also to pay attention to the ramp. If carbon dioxide is allowed to seep out of the bottom of the clamp (because it is heavier than air), it creates a vacuum, which sucks oxygen in.

So, as well as sheeting the rest of the clamp correctly, ensure there is at least half a meter of extra silage sheet at the front of the clamp, and weight it down well all around the edge.

Now that we have ensiled the perfect crop of grass silage, we will jump ahead to next winter and look at the important points to take on board when it comes to feeding the silage.

Firstly, farmers should avoid simple errors that could spoil your silage and affect your cows.

Remember, the cleaner the clamp area, the better.

Mouldy silage or dirt in front of the clamp will contaminate the silage with undesirable bugs, therefore reducing quality and reducing intake.

If spoiled silage is present, discard it and never mix it in with good silage. As well as being of poorer quality, it also adversely affects the rumen fermentation. So it can have a much larger negative impact than you might think.

When the pit is opened, farmers should work across the clamp face to keep it tidy and tight and stop air from entering. The best way to do this is with a shear grab.

This maintains a smooth clamp face with a lower surface area and a better face density than simply ripping it out. With this method, there is less risk of aerobic spoilage (heating) causing losses of nutrients and potentially production of mycotoxins.

For the same reason, move across the face quickly to reduce the time that silage is exposed to air. It is important to avoid pulling or cutting the top sheet back too far once the clamp is opened; it should be kept to the front-edge and weighted down.

It is also important to avoid pulling the sheet back down over the pit-face. This is creates a micro-climate, which encourages yeasts and moulds – increasing the risk of spoilage and heating. 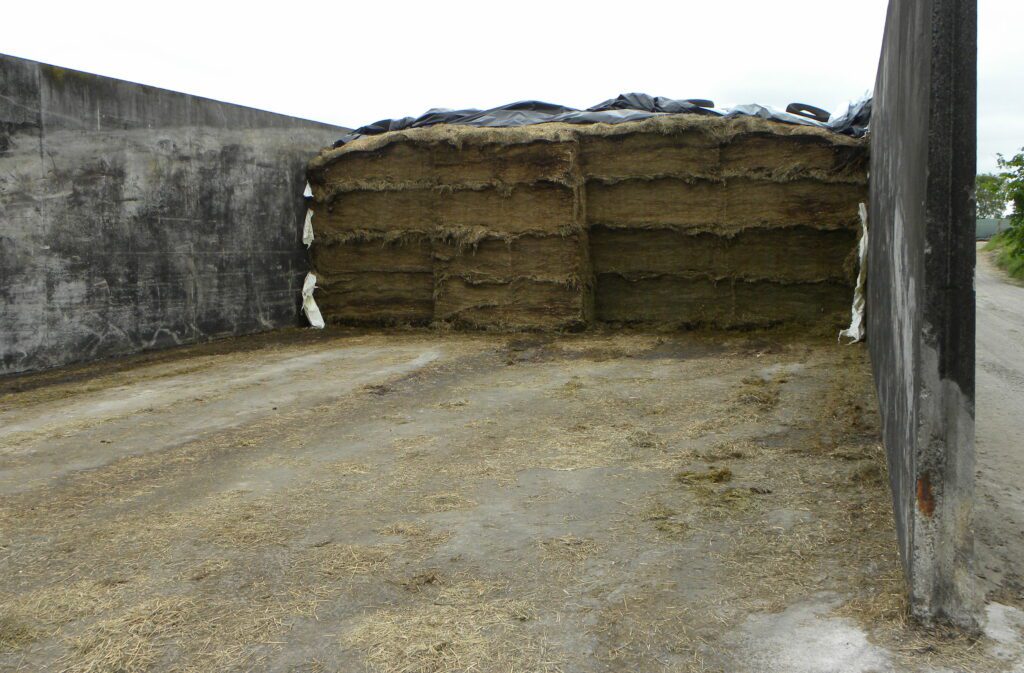 Finally, farmers should obtain a silage analysis and pay attention to it. It will tell you how good a job you made of silage-making last season, and help you to pinpoint ways in which this year’s silage production can be improved.

In the final article tomorrow, we talk to Volac’s Philip Jones on the findings on a two-year research project, which focused on technique of cutting grass younger and taking more cuts per season, as well as on conserving this potentially high-quality forage.