Dairy Focus: The journey from 50 to 120 cows at Cullencastle farm

Dairy Focus: The journey from 50 to 120 cows at Cullencastle farm

Farming just outside Tramore in Co. Waterford is Garrett Hartery who farms in partnership with his mother, Mary.

Garrett took over the reins of Cullencastle farm after the death of his father four years ago. He now operates a spring-calving dairy system, with 120 cows due to be calved by the end of March.

They farm a total of 212ac, a combination of owned and leased land. 115ac is dedicated to the grazing platform and the remainder is used for silage and grazing of young stock.

Speaking to AgriLand, Garrett said: ”When I took over the farm we would have been milking 50 cows. The farm has always been dairy with a small bit of beef.

”I choose to focus more on the dairy. In our second year we milked 70 cows, 80 were milked in the third year while this year coming I will be milking 120 cows.

”My father would have operated a year-round milking system, but that wasn’t for me as you need a bit of time off. I decided to switch the farm to a spring-calving system.

We have been operating a spring-calving system for the last two years and I plan on keeping it that way.

”When I took over the farm, there were no paddocks or water troughs, the cows used to drink from a stream that flows through the middle of the farm.

”I wanted to focus more on grass so I made a paddock system and installed water troughs. It’s definitely worked as we are getting 20% more production from our cows compared to when I started.” 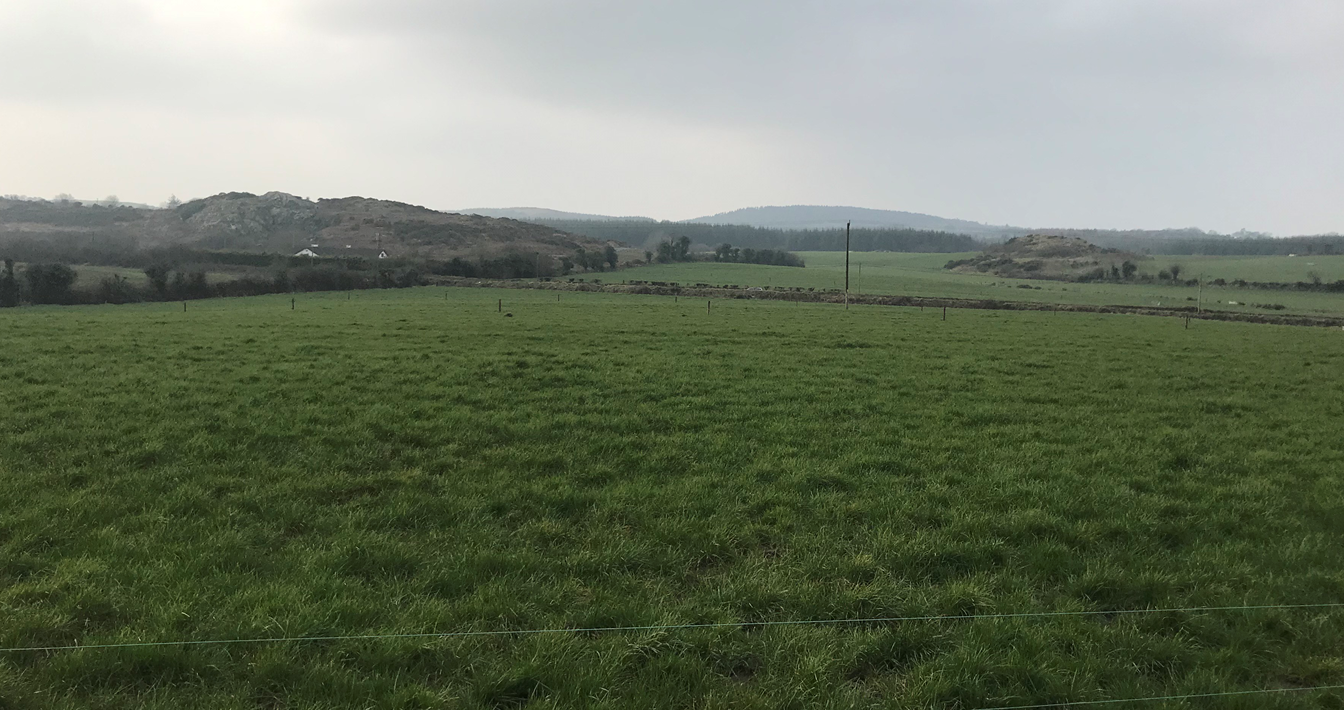 Speaking on the production of the cows, Garrett noted: ”The majority of cows are 75% Holstein and 25% British Friesian. That is my ideal cow and the type of cow I plan to continue using.

“Currently, the herd’s economic breeding index (EBI) is €150, which I am happy enough with.

”75% Holstein would be the max I would go, above that they’re a harder cow to manage. I want cows that have good fertility and that are good on their feet.

”I bought in cows to increase numbers, these are more British Friesian type cows. They are good cows but they just do not produce the litres I would like.

”The majority of the grazing platform has been reseeded in the last three years, which has been a big help production-wise.” 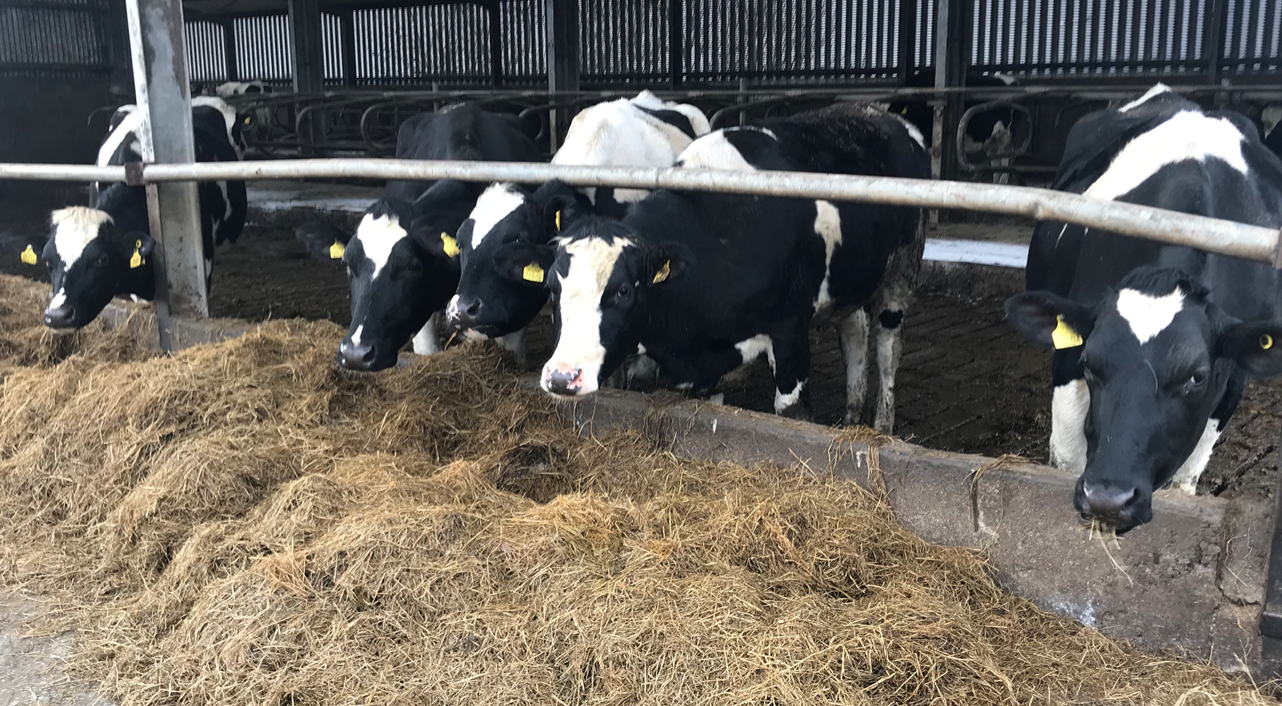 Talking about the new parlour, Garrett explained: ”We dried the cows off early last year, as we need an eight-week window to knock the old parlour and build the new one.

The old parlour was 12-unit Power parlour with jars; It did the job it was built to do which was milk cows.

”I wanted a bit more comfort in the parlour so at the ploughing match in 2019, I priced nearly every make of parlour that was there, to the specifications I wanted.

”It will be the only time I plan on changing the parlour, so I wanted feed-to-yield, milk monitors, automatic cluster removers (ACR’s), a dump-line and a drafting gate.

”I chose a DairyMaster parlour, so I also installed cluster flush, swift flow commander, milk manager programme and I have gotten the MooMonitor collars for the cows.

”The majority of our cows are doing 7,000L plus so feed-to-yield was important for me. I am going to set the base at 26L for 2kg of meal and add 0.2kg/L after that.

It just means the cows that need that extra feeding will be the ones getting it.

”The build had to be ready for the start of calving, otherwise I would have nowhere to milk the cows and I have to give the credit to two local men Ger Murphy and Colin Barry.

”There [were] issues along the way, we poured the concrete and had to cover it with straw to protect it from the frost.

”But Ger and Colin had the parlour ready to go for the start of calving, like they said they would.” 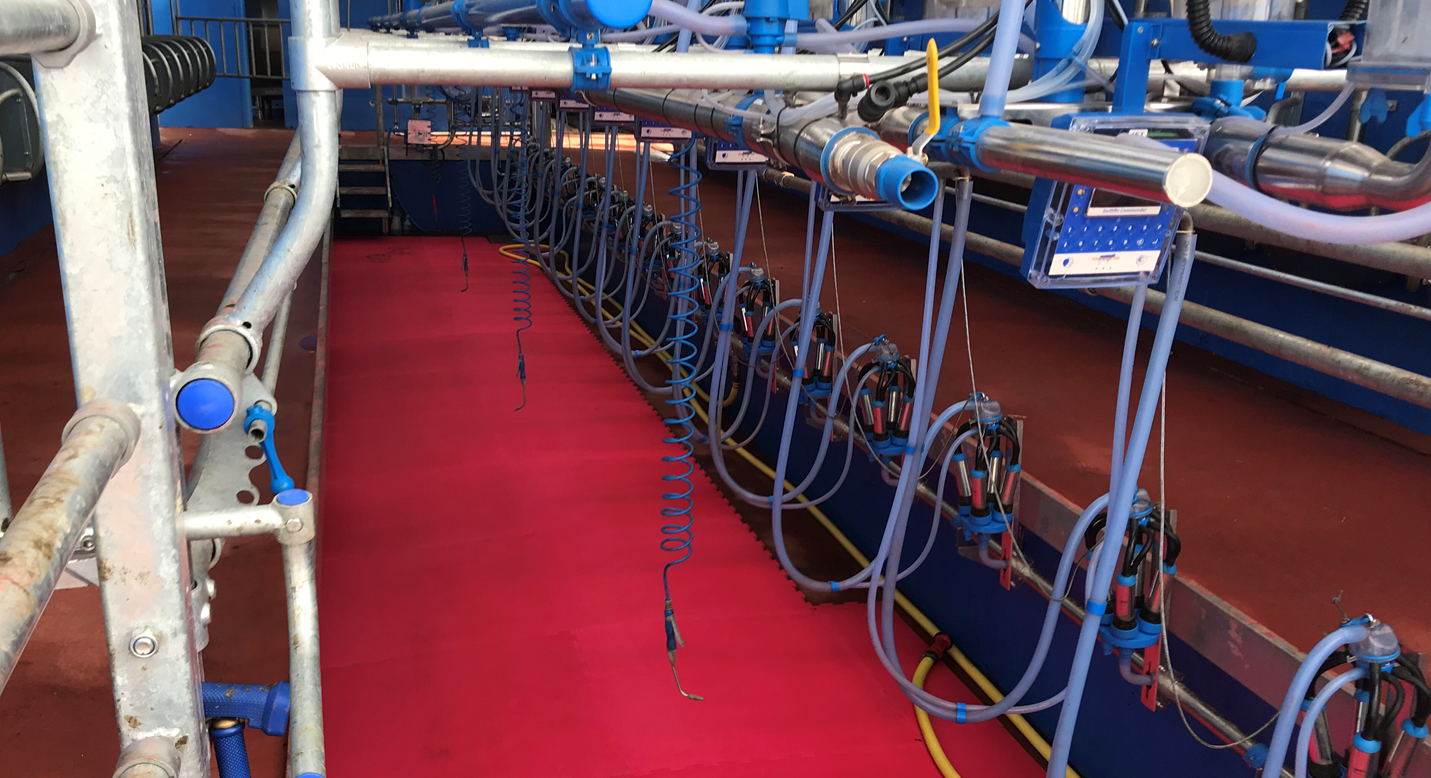 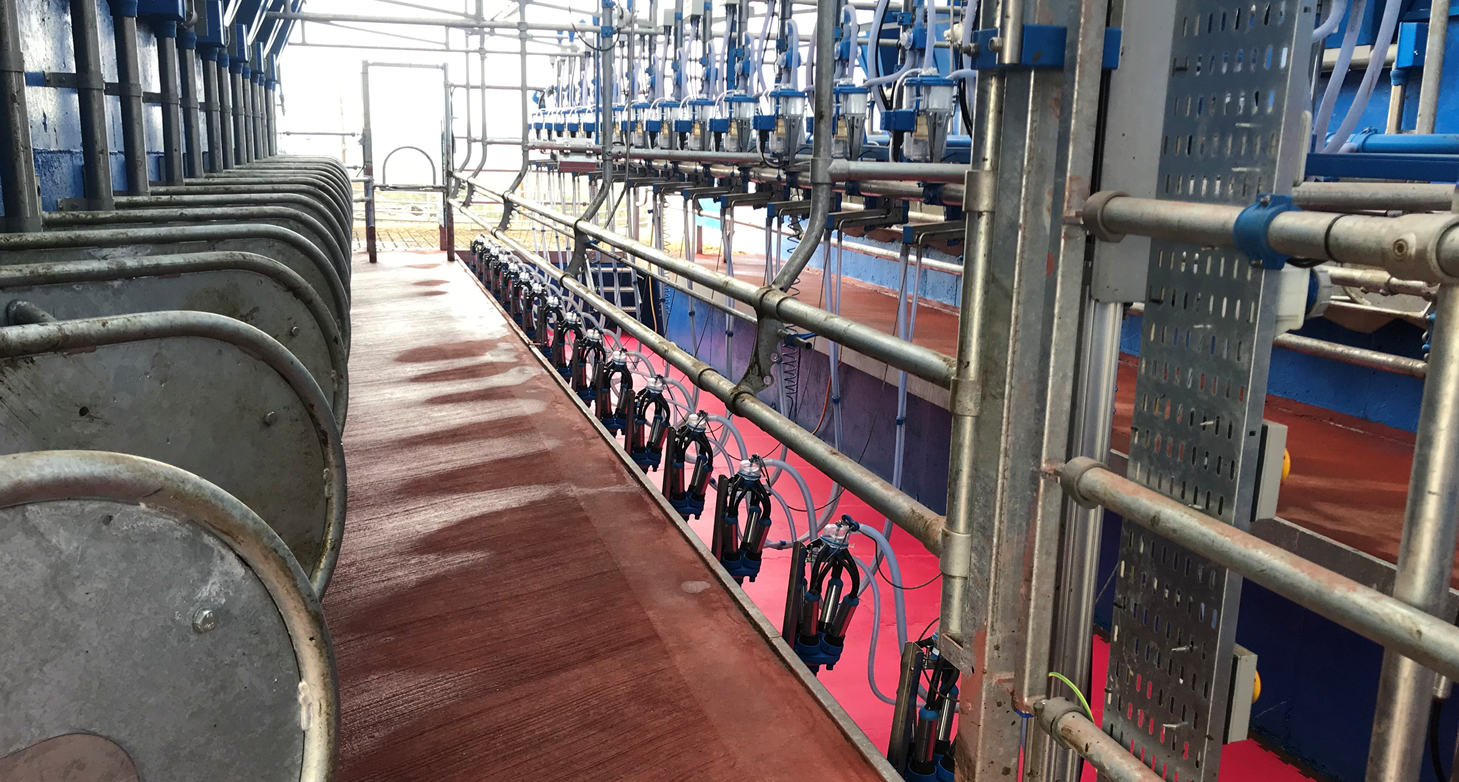 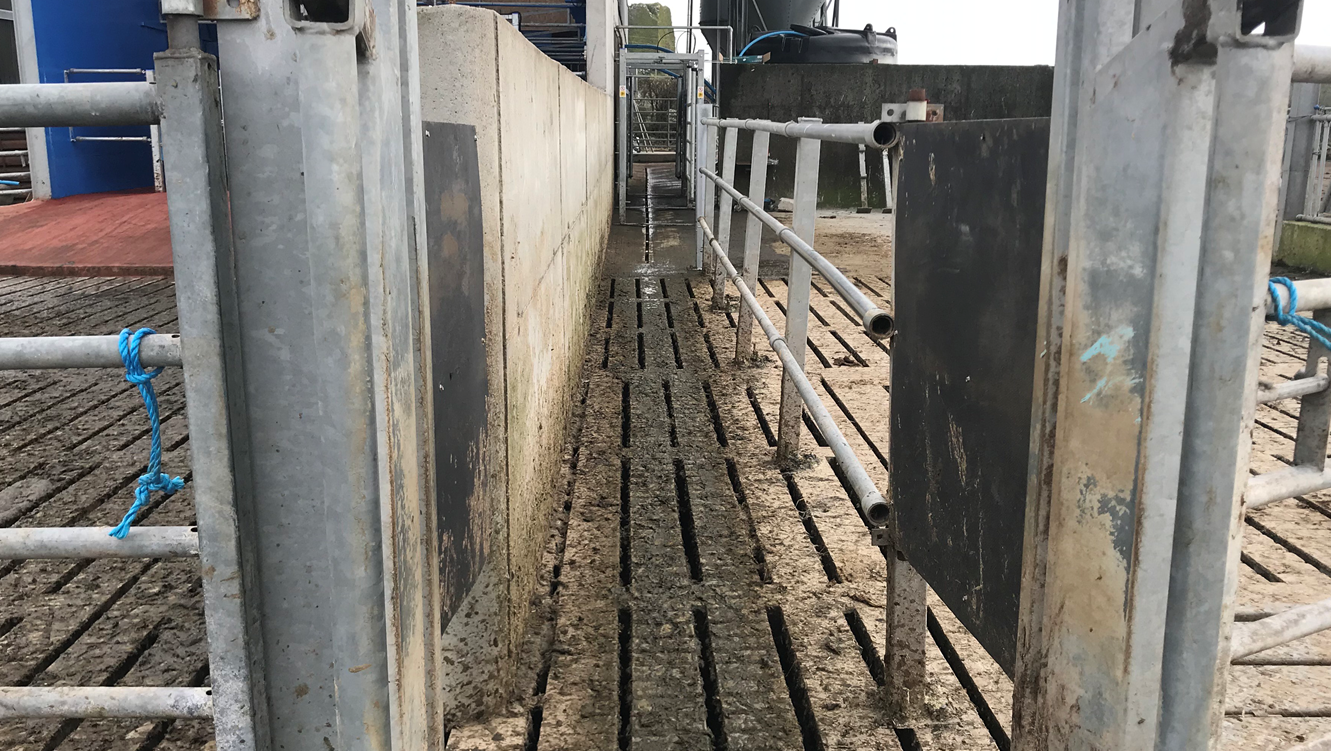 Speaking on how the calving season has gone so far, Garrett said: ”Calving started here on February 1; so far we have 75 cows calved in four weeks with all cows due to be calved in eight weeks.

”The land here would be very dry, but early February was a challenge to get cows out grazing. The weather looks like it’s taken a turn for the better so hopefully it will stay that way.

We now have the cows grazing day and night, they seem fairly content and they are not causing any damage that I would be worried about.

”Last year we bred all the cows to Friesian sires from Progressive Genetics. Usually I would do six weeks AI and then mop up with the beef bulls. 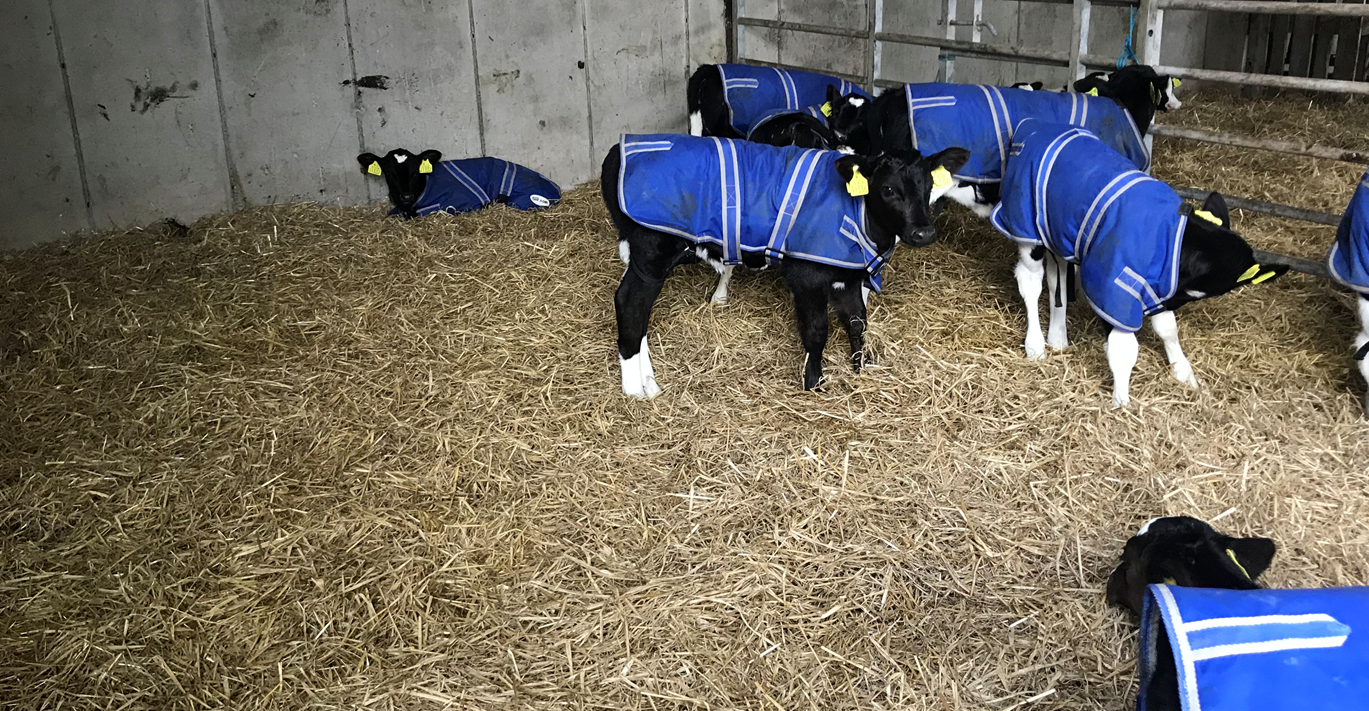 Looking to the future, Garrett said: ”The building work is going to continue over the summer, as we are expanding our cubicle shed to house the extra cows.

”I recently leased a neighbouring block of land so we are currently building the roadways and will be starting on the fencing and installing of water troughs over the next few weeks.” 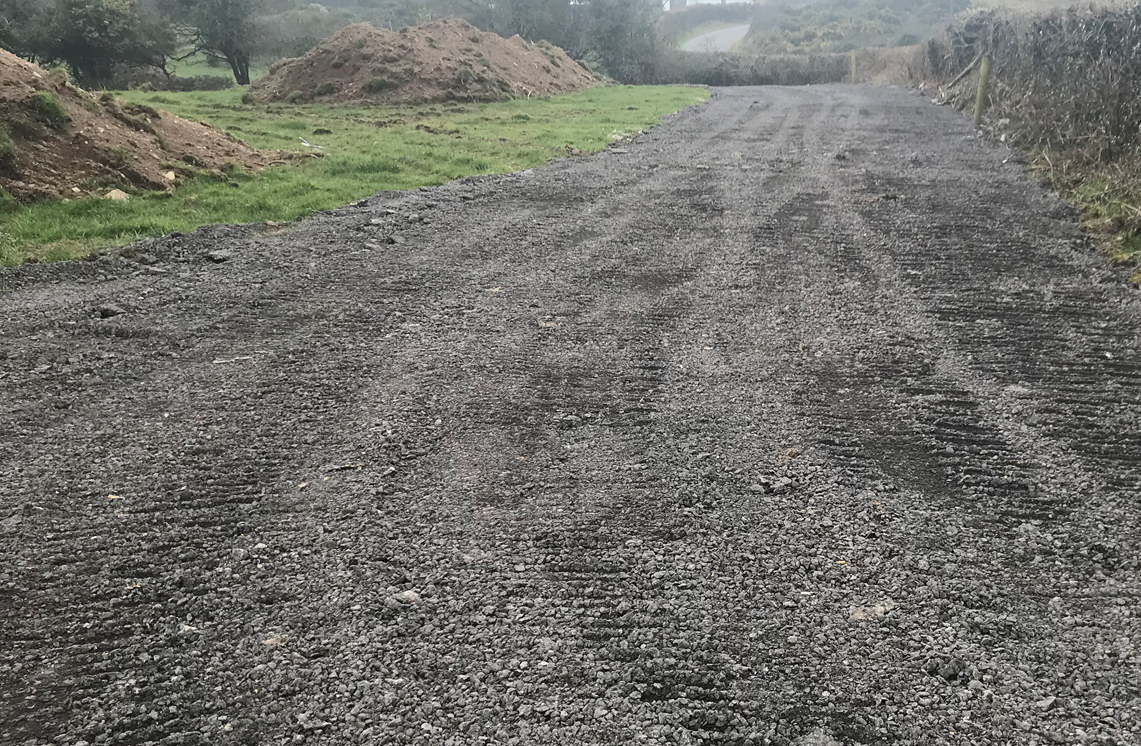 ”The current plan is to go to somewhere between 140 and 150 cows, with that extra block of land I leased hopefully allowing me to do that.

‘The biggest issue I have is getting labour, if I got the right person and land became available I would expand further.

”The number I currently have I can manage myself, with a bit of help from my girlfriend Shauna and my mother.

”Shauna has gone back to college so with the lockdown she’s around to help more than usually which has been good.”