Crown rust: The biggest threat to yield on oats 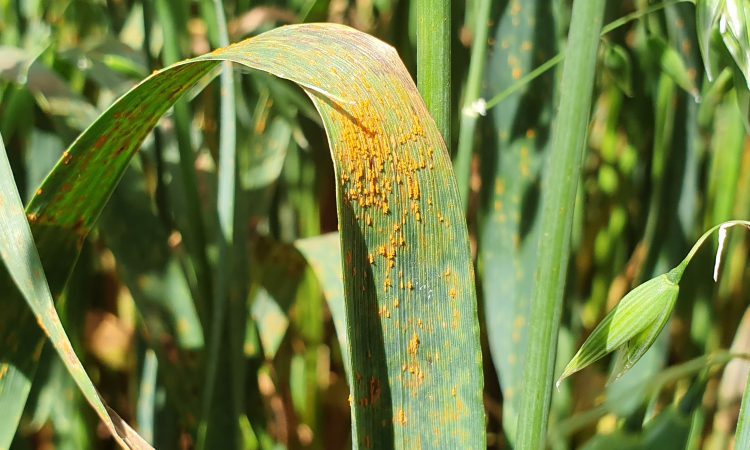 Oats is an important crop on many tillage farms. The overall planted area is similar to recent years; however, the proportion of spring sown crops is significantly higher this year.

The crossover of varieties between winter and spring means the disease control challenges are alike, usually mildew early on and then crown rust as the season progresses.

“Mildew can be a tough disease to control on oats and it will reduce yield, but crown rust can absolutely ruin crops,” according to John McCarthy of Syngenta.

We had a trial in East Cork last year where the flag leaf on the unsprayed crop had a 97% infection on June 20 – that kind of infection devastates yield.

The trial John is referring to was near Carrigtwohill on winter sown Husky. The treated plots had T0 and T1 applications designed to take care of mildew. The T2 comparisons were looking at crown rust control.

“You can’t afford to cut corners with crown rust,” says John. “Poor control will be punished with a big yield penalty. On the other hand, getting it right could be the best money spent on any disease control challenge.”

In the East Cork trial last year, the 97% infection on the flag leaf in unsprayed plots was reduced to less than 0.1% where the label rate of ELATUS™ ERA was applied. The yield and quality data confirmed the story. 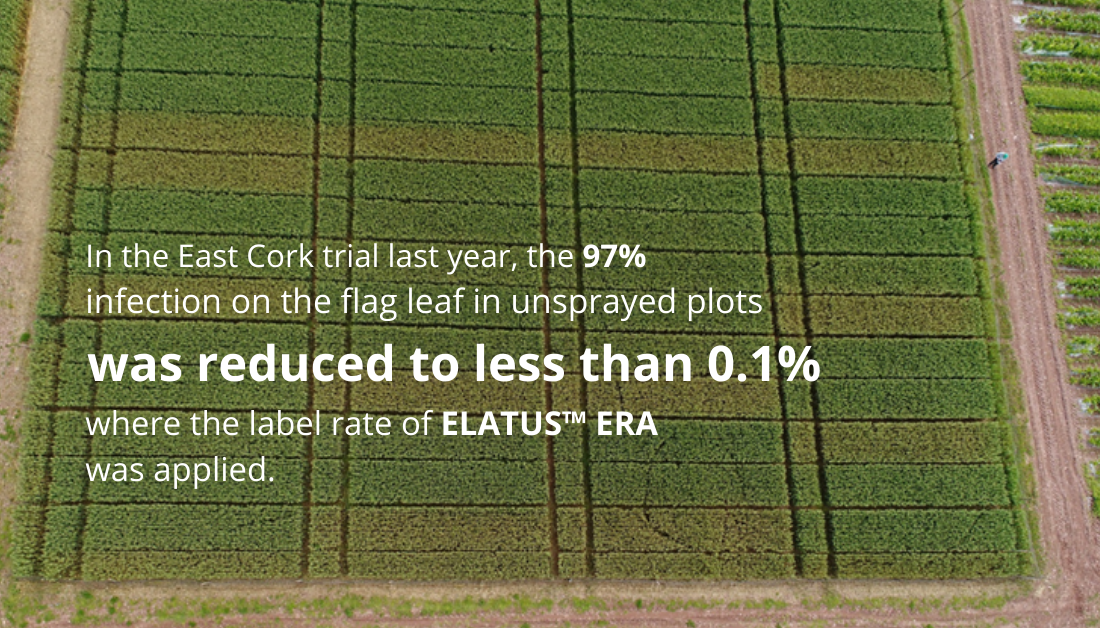 “Where we applied ELATUS™ ERA at panicle emergence, following the mildew control treatments, the yield was more than double where no fungicide was applied and a hectolitre weight of about 37kg/hl in the untreated was brought up to just about 50kg/hl,” according to John.

“This trial was probably an extreme, but it does reflect the potential of crown rust to destroy yield, quality and profitability in oats.”

Fortunately, since ELATUS™ ERA came to the market several years ago, it is a game changer with regards crown rust control. However, it is important to get the fundamentals right, like timing, dose rate and of course the other fungicides in the programme.

ELATUS™ ERA can be used only once on any crop. John commented on this, saying: “Our experience and trials suggest that the optimum timing for ELATUS™ ERA is at panicle emergence.

“This will usually be before the peak of crown rust infection and that is optimum for control. The only exception to this recommendation is where there is an unusual early crown rust challenge and it coincides with an earlier fungicide timing – if you get early infection you should use the strongest fungicide and that’s ELATUS™ ERA.”

ELATUS™ ERA does more than crown rust. It also brings useful mildew control and will complement earlier fungicide applications aimed at this disease. Brackling can also be a problem especially where harvest is delayed and again ELATUS™ ERA is effective.

John concluded, saying: “The most consistent feature of our trials on oats is the high yields ELATUS™ ERA delivers, much higher than alternative fungicide options. 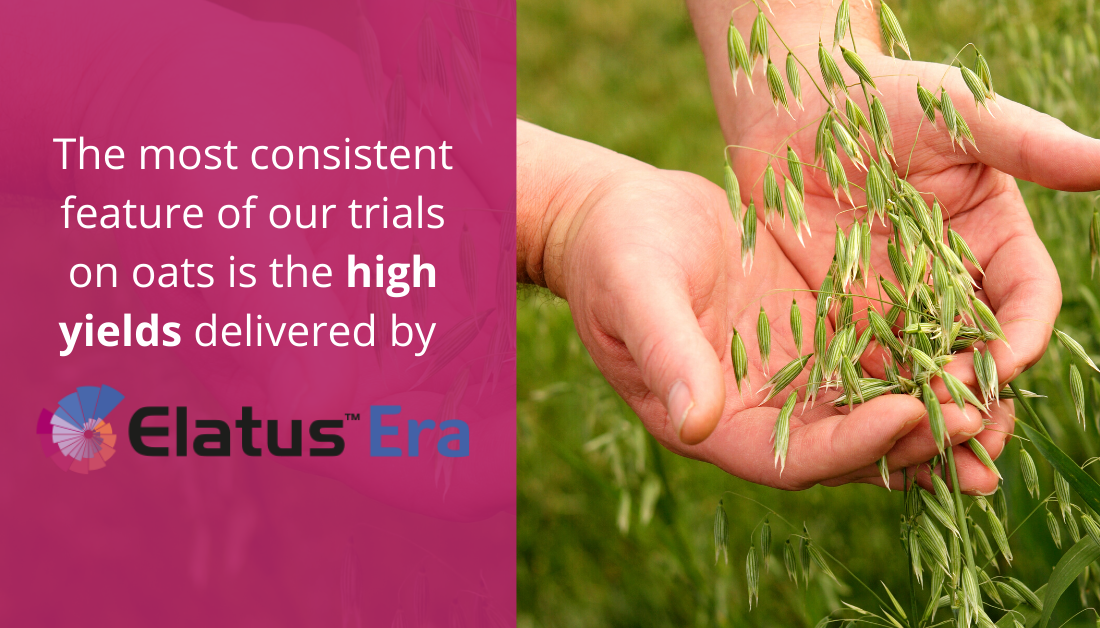 “Clearly its ability to control crown rust and its suppression of mildew and brackling contribute to this yield advantage. We have also seen prolonged greening which allows for more grain filling but, crucially, this does not appear to delay harvest date.”