Progress made to date to introduce a Brexit response loan scheme has been defended by the Minister for Agriculture, Food and the Marine, Michael Creed.

As part of the budget announcement in October, 2017, it was confirmed that €25 million had been secured to leverage a low-cost loan scheme that hasn’t been quantified as yet.

The minister previously said that this scheme would be delivered in the second half of 2018.

He reiterated his aim to deliver the scheme by that deadline during a recent exchange in the Dail with Fianna Fail’s agriculture spokesperson Charlie McConalogue.

Commenting on the matter, Minister Creed said: “There are a lot of moving parts in this. It is not solely an issue of the department developing the product. A number of critical partners are involved, including parties with which we are negotiating at EU level.

“Those negotiations are complex and protracted and getting all parties to move on the design of the scheme simultaneously is challenging. In due course, this will also involve the participation of financial institutions in Ireland to deliver the product.

I have always said it would be the second half of 2018 and I am still working to that deadline. I would like to have it as early as possible, but I do not see it happening in the coming weeks.

“However, we are working on the detail,” he added.

It is understood that a Brexit response loan scheme would be open to farmers and fishermen, as well as providing longer-term capital financing for food businesses.

Continuing, Minister Creed said: “Such schemes are developed and delivered in cooperation with the Strategic Banking Corporation of Ireland (SBCI) and take time to develop and put into operation.

“Consideration and discussions are ongoing in that regard and I will announce further details as they become available.”

However, Fianna Fail’s Charlie McConalogue believes that it is “unacceptable” that more progress has not been made on the delivery of this scheme – given the “context of the challenge facing Irish businesses and farmers”.

We know it is complicated to put a loan scheme together, but it pales in significance to the complexity for businesses of meeting the challenge of Brexit.

“Surely, it should not have been beyond the minister to have got everyone together to ensure this tool – which he announced in this year’s budget – would be put in place and made available to farmers.

“Brexit will have taken place by the time some farmers are able to access this fund,” deputy McConalogue claimed.

But the minister argued that his department’s track record proves that low-cost loan schemes are being made available to farmers and agri-food businesses.

Concluding, Minister Creed said: “Our track record is that we have delivered two products to the market – one totalling €300 million earlier this year and a previous one totalling €150 million – and we are working on the third product.

“I have always said it would be the second half of 2018 before the product would be delivered.” 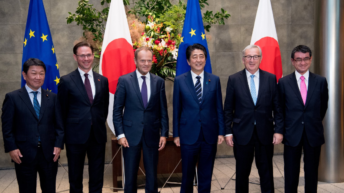