Cow throughput in the North remains strong compared to Republic 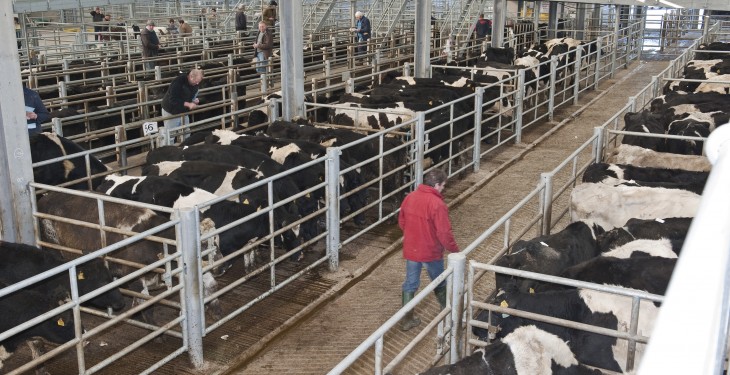 Cow throughput at plants in Northern Ireland for the six week period ending February 20 stood at 11,289 head, the latest data from the Livestock and Meat Commission (LMC) shows.

This figure is up from the 9,917 head slaughtered during the corresponding period in 2015, an increase of 14% year-on-year.

Imports of cows for direct slaughter in plants in the North have remained fairly steady year-on-year, the LMC reports.

In the same period in 2015 imports from south of the border totalled 390 head while 266 cows were imported from Britain which together also accounted for 7% of total cow throughput in the North’s plants.

Meanwhile, the LMC says exports of cows out of the North for direct slaughter have also continued at similar levels year-on-year.

During the six-week period ending February 20, 1,207 cows were exported to the Republic for direct slaughter while 180 cows were shipped to Britain.

The increase in cow throughput in Northern plants has coincided with an increase in the average carcase weight of cows slaughtered, according to the LMC.

The average cow carcase weight in the North, during the six weeks ending February 20, was 309kg compared to 304kg during the corresponding period in 2015.

Meanwhile, there was no change to the proportion of dairy and suckler origin cows in the North’s slaughter mix year-on-year.