Demand for organic fruit jumps in UK, as organic sector grows on 2014 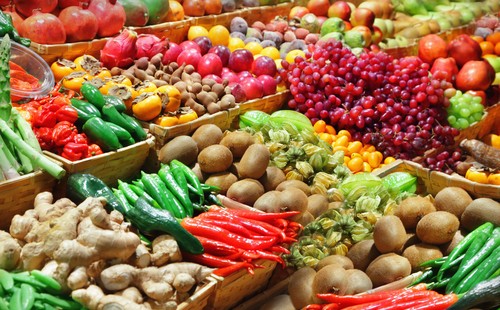 Demand for organic fruit in the UK over the past year has grown by 8% across the market, Tesco has said.

In Tesco, this figure is more than double where sales of organic fruit have grown by more than 18% in the last year.

Among the most popular organic fruit items at Tesco are:

“The revival of organic foods has been gathering pace over the last few years, with keener prices and better availability both playing a major part in that.

“We have been working hard to get quality, organic produce into stores as quickly as possible, to provide extra days of freshness for customers.”

During the recent economic downturn, Tesco found that organic purchases were among the first food items to be ditched as people sought to save money on their weekly shop.

As a result, The Organic Trade Board (OTB), a non-profit organisation of more than 120 food producers and retailers, including Tesco, was formed in 2008 to promote the benefits of organic food.

Paul Moore, Chair of Organic Trade Board said nearly two thirds of organic consumers have entered the market since 2009 and are young, highly motivated and engaged with food.

“Our research shows motivation around health and the environment underpins the interest in organic foods with over 45% of existing consumers expecting to buy more organic in the next 12 months.”

Third year of consecutive growth for the UK organic sector

This is the third year of consecutive growth in the sector, which is now worth £1.95 billion.

The report found that sales of organic products in supermarkets have grown by 3.2% and organic product sales for independent retailers have increased by 7.5%.

The UK’s organic catering sector jumped by 15.2% and organic has a 1.4% share of the food and drink market.