Video: New kid on the block at Boston zoo 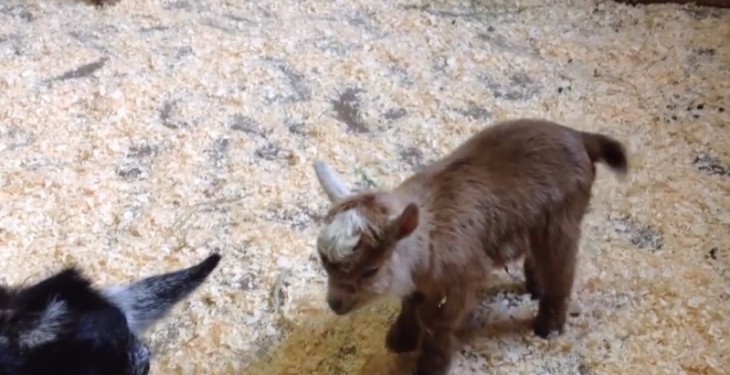 There’s a new kid on the block (literally) at Franklin Park Zoo in Boston after a female Nigerian dwarf goat made was born last week.

The kid, weighing 4lbs, has been called Chewbacca and is the second kid of Leia and Lucky.

Shortly after birth, the baby, a female, was standing and within hours she was observed nursing, the zoo announced.

Chewbacca will reside with her mother in the Franklin Farm at the zoo.

John Linehan, Zoo New England President and CEO, said the zoo is thrilled to share the news of this birth and it hopes people will stop by during this school vacation week to see this adorable new addition.

Nigerian dwarf goats are noted for their wide range of colour patterns, the zoo says, which include combinations of black, brown or gold mixed with white, as well as for their easy-going temperaments.

They are of west African descent and are herbivores. The Nigerian dwarf goats have been domesticated as dairy goats and can be found all over the world.

Highly adaptable, the zoo says that Nigerian dwarf goats can live in climates ranging from cold to hot and dry.