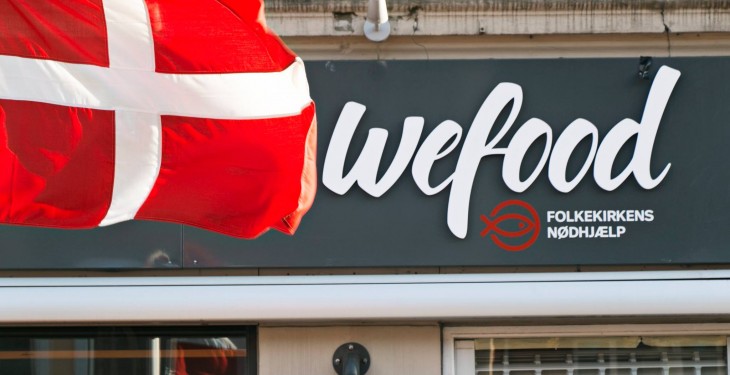 Some 700,000t of food is thrown out in Denmark each year, and now one charity in the country has opened a shop in order to try and reduce the number.

The purpose of the shop is not only to prevent food waste in Denmark, but also to create profits for the world’s poorest and ensure global sustainability.

Called WeFood, it sells food and other consumer goods that are still saleable under food safety law, but have lost their market value.

The shop is run by volunteers, and proceeds from the sales go to DanChurchAid’s work for the world’s poorest.

Examples of such foods that can be found on sale in the shop are foods that are close to expiration, improperly labelled or have damaged packaging.

The shop is aimed at those who want to act because of low prices and for those who just are against the waste of food.

The profits will go to DanChurchAid’s work to fight hunger in the world’s poorest countries.

The goods will be sold around 30-50% cheaper than in regular supermarkets, and products include bread, fruit and vegetables, dairy products and selected groceries.

According to the charity, if the first store will be a success, DanChurchAid plans to open more stores across Denmark.

Last summer WeFood managed to crowd fund kr1m (just over €134,000) to the start the first store.