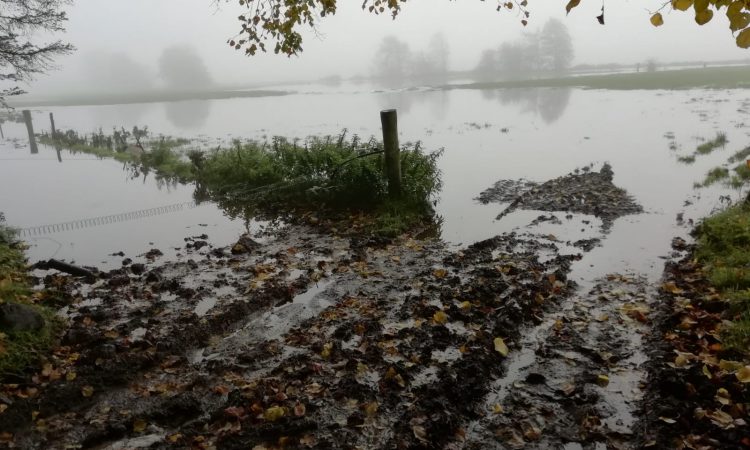 Recent weather conditions have upped the pressure on farmers across the country with the challenge of waterlogged land causing significant difficulties among some producers.

Following relentless rainfall over the weekend, numerous farmers have been forced to house livestock for the winter and halt planting.

According to Met Éireann, rainfall amounts over the last seven days have been above normal across the country.

The wettest conditions were recorded in midland and eastern counties after a spell of heavy rain yesterday, Sunday, October 3.

Gurteen was the wettest synoptic station with 44.6mm of rain measured – twice the weekly average.

The coming week looks set to see a continuation of the unsettled and often wet weather with rainfall totals expected to exceed normal values in all regions, according to the national meteorological office.

A number of farmers have taken to social media to highlight their recent difficulties, from flooded yards:

Brought our pregnant heifers in yesterday as they were, yet again, having a St. Patrick’s Day parade around the field. Every year this group do this in unsettled weather. Other picture is of damage they done on a newly leased farm. Anyone else find similar?? pic.twitter.com/WIMqbOhLgs

Contract Heifers making their way out to grass for last time today . Whole farm closed up for 2019 this evening . pic.twitter.com/92lRNcfPGo

“It has put a stop to the winter planting now for another while anyway with the heavy rain. We are struggling in areas to even get up to 50% of the expected winter planting in.”

The chairman warned that the weather is putting pressure on the crops that are planted as well.

I would think that on grain alone, there’s hardly 50% of what was planted last year – and that’s assuming that everything that’s sowed will be OK.

“It’s getting near to the time now that there won’t be much more sowing done for this year. What we’d be hoping for now is an early spring at the best, but that’s after doing away with some of the winter crops,” Browne said.

“It’s putting pressure on farming towards the three-crop rule; it will be difficult for farmers now to fulfil that requirement,” the chairman concluded. 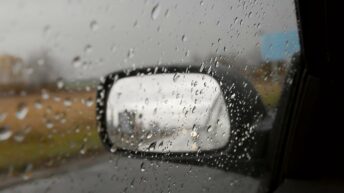 Rainfall warning issued with risk of spot flooding in east