Conry crowned 55th Queen of the Land in Tullamore

The 2019 Tullamore Credit Union Queen of the Land was announced as Sinead Conry of Roscommon Macra na Feirme on Sunday night, November 10.

Revealed at the closing banquet of the 55th annual three-day event, the Roscommon queen, from Elphin Macra branch, was crowned following the announcement at midnight.

According to the festival organisers, Sinead came out on top of the 29 queens representing counties and regions, by impressing the judges with her personality, her passion for her farming work and connecting with her local community.

A 22-year-old student in Dublin Institute of Technology (DIT) from Castlerea, Sinead is an active member of the newly developed club, Elphin Macra na Feirme, and is currently club secretary. The new Queen of the Land is also the current secretary of the Connacht branch of the Hereford Society. 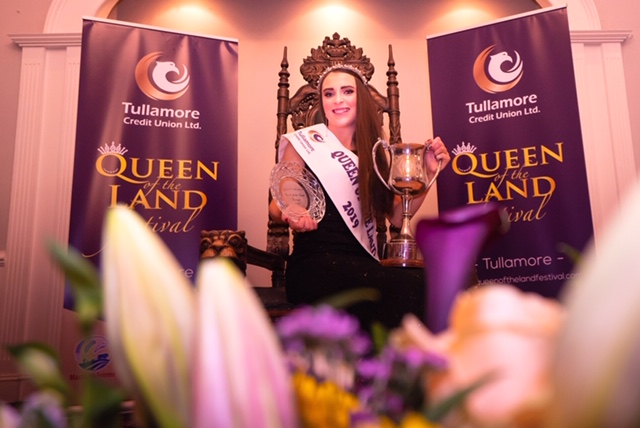 Both runners up received a €200 cash prize and a specially commissioned piece of Galway Crystal.

The first runner up is Clodagh Ryan from Thurles Macra, North Tipperary. Clodagh works as an Animal Evaluation Analyst with the Irish Cattle Breeding Federation (ICBF) and enjoys breeding and showing Charolais cattle.

Second runner up is Laura Cable from Carbery Macra in Cork, a dairy farm manager who has been involved in Macra na Feirme since moving to Clonakilty. 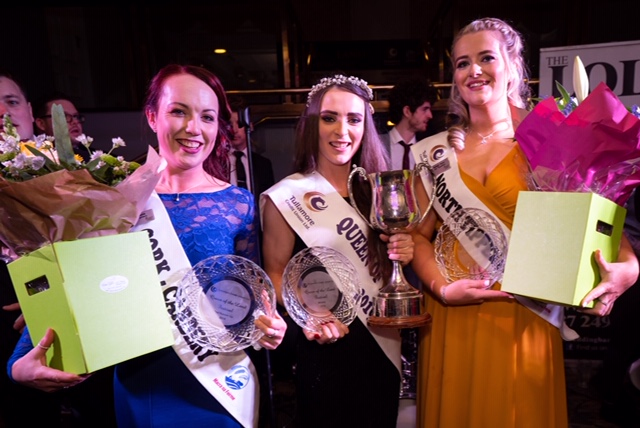 Chairperson of the Queen of the Land Festival Committee Niamh McDonald had this to say after the announcement:

We, the committee, are delighted to see Sinead crowned the 2019 Tullamore Credit Union Queen of the Land. We are sure she will do a great job of representing our festival all over the country for the next year.

Paying tribute to all 29 contestants who took part, the chairperson added: “Of course, we are also sad to see our 2018 reigning queen, Louise Crowley, leave her role as well as she has done a superb job throughout her reign.”

Countdown begins to Queen of the Land 2019

MACRA NA FEIRME QUEEN OF THE LAND
LOADING NEXT STORY