Two of the major issues brought up at the Irish Farmers’ Association (IFA) presidential debate tonight, Monday, November 11, were Irish farm produce in supermarkets and the pending deluge of dairy bull calves due to arrive on Irish dairy farms in spring 2020.

The debate took place in the Newgrange Hotel, Navan, Co. Meath, and was open to all IFA members from counties Meath and Dublin; almost 200 people attended on the night.

The three candidates running for the position of president are: Tim Cullinan; John Coughlan; and Angus Woods. 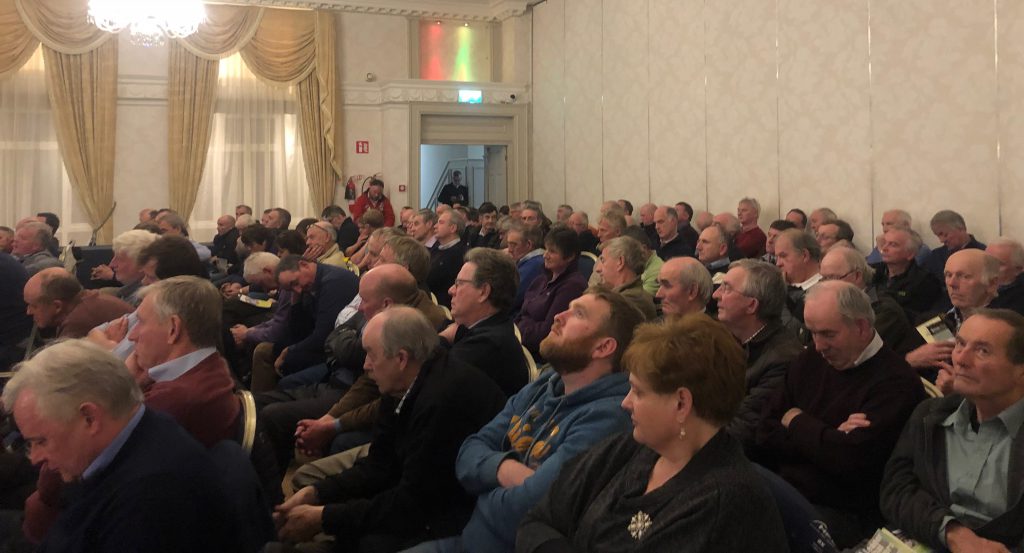 Commenting on the dairy bull calf issue, Co. Tipperary pig farmer, Tim Cullinan, said: “We have to get 500,000 calves out of the country. Those extra calves are putting the beef industry under pressure.”

Bord Bia figures show that just over 189,000 dairy-origin calves were exported up to and including the week ending September 21, 2019 – with Spain and the Netherlands among the chief importers of dairy bull calves.

Commenting on the supermarkets, Cullinan said: “We cannot have supermarkets using liquid milk or any other farm products as a loss leader.

He added: “We have to keep fighting until we get legislation on below-cost selling.”

On the issue of dairy calves, Co. Cork dairy farmer John Coughlan said: “There are a lot of good dairy calves produced that are worth money.

We are talking [the issue] into a state of depression at this stage and I think we have to be very careful of that.

Finally, Co. Wicklow beef and sheep farmer Angus Woods said: “There is a lot of work being done in Cherbourg on the expansion of one of the lairages.

“I think there’s a real opportunity of increasing capacity there.”

On supermarkets, Woods noted: “There are certain products used for footfall, to attract consumers into the shop such as meat and vegetables.

“They’re the things that attract the customer in; hence the supermarket is willing to sell them for little or no profit because they know they will make it up on other items.”

The debate drew to a close at approximately 11:30pm and the next debate will take place at the Tullamore Court Hotel, Tullamore tomorrow, Tuesday, November 12.