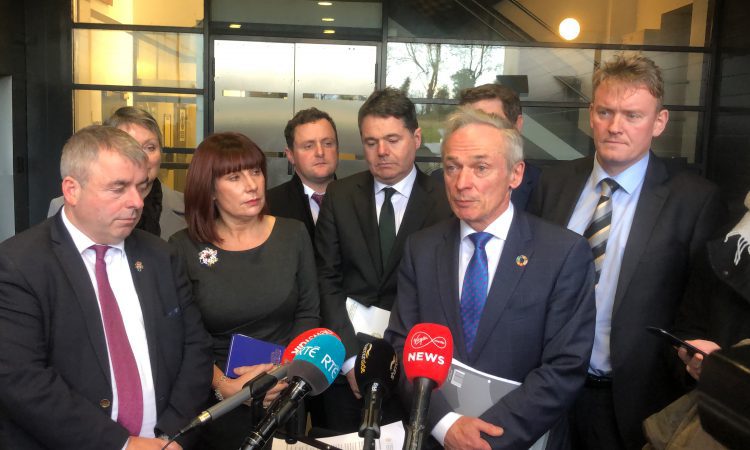 Developing an alternative future for people in peat production was the key focus of the Minister for Communications, Climate Action and the Environment, Richard Bruton, at a meeting with staff in Lough Ree Power Station, Lanesborough, Co. Longford.

Speaking outside the power station following the meeting – which took place today, Monday, November 11 – Minister Bruton said: “We have been down in the midlands and met with a number of people.

“We have just had a very useful meeting with workers and – as you can imagine – there is a lot of frustration.”

He noted: “These people have given their lives to these power plants and you can understand how they feel.

Even though we would like it otherwise, we have to exit peat much earlier than we had planned and we now have to make sure that we have alternative employment for people.

Minister Bruton continued: “We set out what we’re going to do in the short run and how we’re going to develop a just transition path in the longer term with the support of Kieran Mulvey working here locally.”

Advertisement
Minister Bruton outlined some of the jobs that will become available to the affected staff:

He noted: “There is a very strong message that we need to see these proposals realise early wins for people and there is solid job opportunities emerging from these proposals.

“The message is the Government is determined to create an alternative future for people,” the minister stressed.

There will be job opportunities that will be sustainable. As much as as we would like it otherwise, peat is going to be phased out anyhow in 2027.

Concluding, Minister Bruton said: “We are being forced to exit early, we need to create that alternative future and that is the challenge the Government wanted to take up and we’re going to see that through.”

Minister for Communications Climate Action and Environment
Loading Next Story