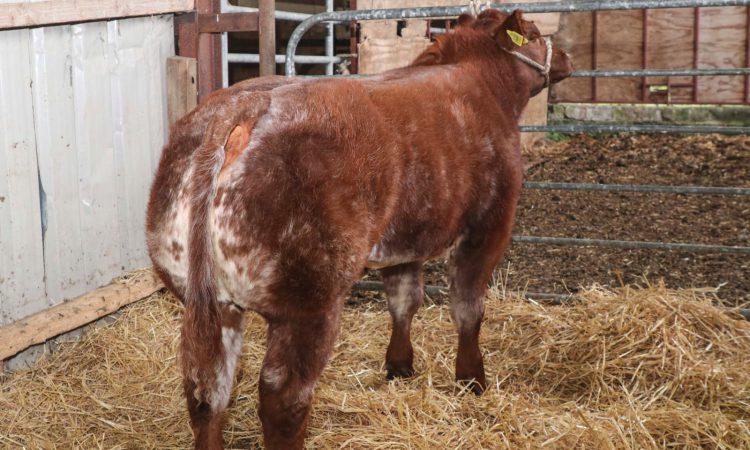 The sale attracted a lot of pre-sale interest from buyers up and down the country, with customers getting the opportunity to purchase high quality commercial animals.

Topping the sale at an impressive €7,400 or €20.78/kg was a January 2020-born Limousin-cross heifer (pictured above). Weighing in at 356kg on the day, this roan heifer was exhibited by Sean Hughes from Carrickmacross in Co. Monaghan. Sean had high hopes for this heifer before the sale, as he explained:

I had received a very good offer at home prior to the sale for her, but I just said I will take a chance and bring her to the sale; luckily it paid off.

Following closely at €7,300 was a Charolais-cross heifer, exhibited by Martin Harold from Glenswilly, Co. Donegal. This May 2020-born heifer weighed in at 340kg, which resulted in her selling at €21.47/kg.

A four-month-old Limousin heifer traded at a staggering €5,000. Exhibited by Pearse McNamee, this heifer weighed in at 240kg and sold at €20.83/kg.

There was a slightly smaller selection of male calves available at the sale, however, this did not stop them achieving top prices.

Along with exhibiting the top-priced female, Sean Hughes also sold the highest-priced male, a Charolais bull calf – weighing in at 380kg – for €2,800 or €7.36/kg.