Cold and windy weather set to continue over weekend 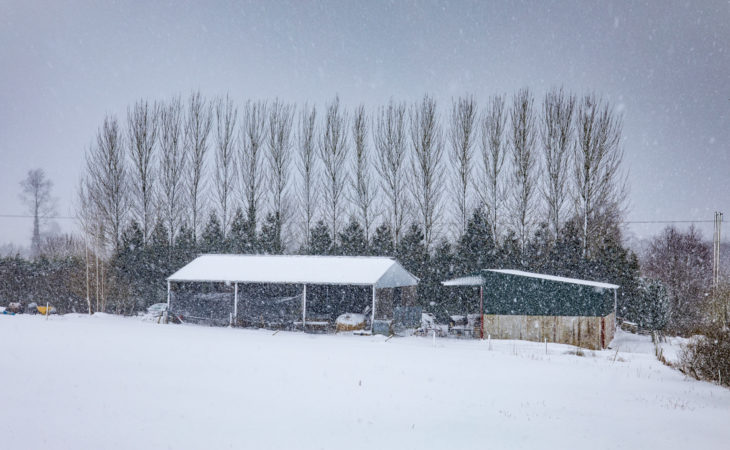 A mix of cold and windy weather is expected to continue for much of the country over the weekend.

This warning will end at 8:00am this morning with heavy accumulations of snow in most areas.

There is also a Status Yellow marine gale warning in place for all coastal areas.

The national forecaster has said that today (Friday, February 12) will be cold and breezy with a few snow flurries and rain in southern coastal areas.

Ice and lying snow will lead to hazardous conditions in some areas, mainly in the west. It will become dry in most parts during the afternoon but patchy rain will persist in southern coastal counties.

Temperatures today are expected to reach highs of 2° to 5° generally in strong and gusty southeast winds.

Tonight will be cold and windy with heavy rain developing in the southwest and west, extending gradually eastwards across the country overnight and turning increasingly to snow in the midlands, north and east.

Advertisement
The snow accumulations are expected to bring hazardous conditions on roads and pathways with reduced visibility.

Minimum temperatures tonight will be -2° to +3° generally but a few degrees higher in the southwest.

There will be sleet and snow in the north and east for a time tomorrow morning (Saturday, February 13).

Elsewhere, there will be outbreaks of rain and drizzle as less cold air begins to move in from the Atlantic.

By tomorrow afternoon, falls of snow will become confined to Ulster with a thaw setting in elsewhere. Further outbreaks of rain are forecast for Saturday afternoon and evening, most persistent in the west and northwest.

There will be a contrast in temperatures with highs of 1° to 4° in the north and east but ranging 6° to 10° in southern and western counties with strong to gale force southeast winds.

It will continue windy overnight on Saturday with any lying snow remaining in the north and east continuing to thaw. There will be scattered outbreaks of rain with heavy falls at times in south Munster.

Temperatures will continue to rise overnight, ranging from 7° to 11° by dawn on Sunday.

Meanwhile, Sunday looks set to be a wet and very windy day for Valentine’s day, with spells of heavy rain and gale force southerly winds. There will also be a risk of flooding in the south.

It will be mild despite the inclement weather with highs of 10° to 13°. The rain will clear by Sunday evening with scattered outbreaks of rain returning for the overnight period. 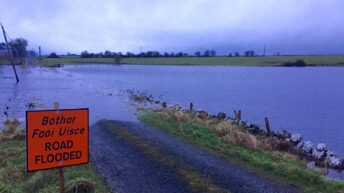 Feasibility report due shortly on flooding of south Galway land