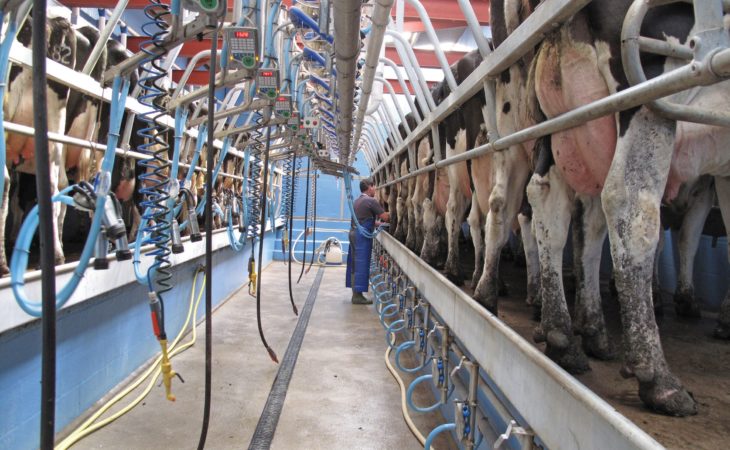 All milk purchasers have been called on to at least pay the Ornua PPI milk price equivalent when setting March milk prices by the Irish Creamery Milk Suppliers’ Association (ICMSA).

ICMSA Dairy Committee chairman Ger Quain highlighted that the EU Milk Market Observatory reported an increase in February milk price in the majority of EU member states – adding, on the back of analysis, that these increases will be sustained for March,.

Quain said that dairy farmers in most EU member states got an increased milk price for February on a base price that was already higher than the Irish base price.

Meanwhile, Irish prices, at best, stood still with many Irish farmers suffering a milk price cut in February, he added.

“The fundamentals of the market are solid, global supply growth is running at its lowest levels for a number of years and the GDT was up again, the ninth consecutive increase.

“There is little doubt that the ongoing uncertainty around Brexit has acted as a ‘drag’ on milk prices as processors and retailers took cautious positions in advance of decisive movement either way, but they cannot use farmer milk price as a ’hedge’ on this.

“Milk processors in other EU member states are equally exposed and they haven’t seen fit to cut their milk price fall as a precaution,” Quain added.

The chairman said that, against this background, it is now crucial that our co-ops pay a March milk price at least equivalent to the PPI.

Dairy farmers are approaching peak production, have significant bills left over from 2018, global milk supplies are tight and they need to see that their milk processors are paying the price that the market is returning to other processors across the EU.

“The ICMSA has stated bluntly that we do not accept a situation where some of our co-ops are currently paying a milk price that is below the price that the Ornua PPI confirms the processors themselves have received.

“There are no circumstances where that is acceptable and we think that the upcoming March milk price announcements are the opportunity to deal with that glaring anomaly,” Quain concluded.

Department to explore grading carcasses on both sides