Organisers of the 2019 national farming for nature award are calling on heritage specialists across Ireland to nominate farmers who, in their opinion, deserve to be acknowledged for their efforts to support and promote nature, for a national accolade.

The closing date for nominations for the 2019 award is fast approaching, with a deadline of May 12.

An initiative to source and share stories of farmers who work at the coalface in supporting nature on their farms, ‘farming for nature’ aims to identify a number of ambassadors across Ireland who will inform and inspire other farmers, and people in general, to do what they can for nature.

Short films will be made to highlight the work of these farmers and people will then get their chance to vote for an overall winner, to be announced in October 2019.

One of the organisers of the initiative, Brendan Dunford of the Burren Programme, acknowledged that both farming and nature are under a lot of pressure at present.

We believe that with properly targeted funding and good technical support, farmers can do an awful lot to help our threatened habitats and species and benefit themselves as a result.

“But in addition to this, we also need inspirational role models and teachers who can lead other farmers, and inform the broader public, about ‘farming for nature’.

“The awardees from 2018 are an amazing and inspirational group of people and we want to expand this network in 2019,” Brendan said, as he highlighted the closing date.

Another of the organisers, James Moran of Galway Mayo Institute of Technology, noted that the Common Agricultural Policy (CAP) is increasingly recognising farmers as more than food producers and aims to incentivise enhancement of the countryside. 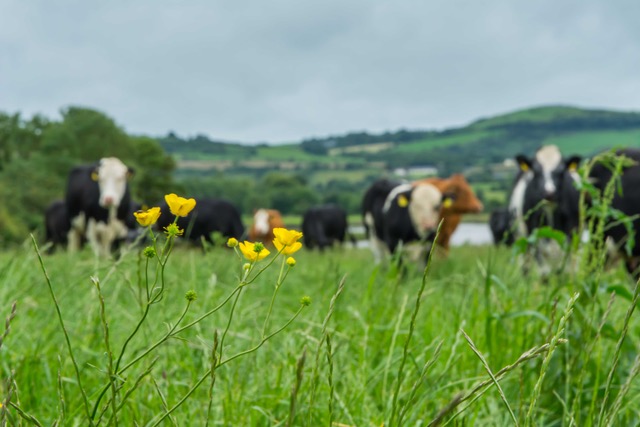 Appetite for farming for nature

“Recent initiatives around Ireland including EU LIFFE projects; results-based payments for biodiversity; and DAFM European innovation partnerships have highlighted the real appetite there is for farming for nature.

“Many farmers are going that extra mile for nature and this is an opportunity to celebrate their achievements on a national scale,” he said.

Describing the farming for nature awards process, project co-ordinator Brigid Barry explained the nomination and selection process for the award.

“Farmers can be nominated by heritage specialists across Ireland until May 12 and then these will be shortlisted based on agreed criteria.

We are hoping to hear about farmers who do great things for nature; who farm in a manner that is agriculturally, economically and socially progressive; and who are willing to share their story with others.

“Short videos of up to 10 shortlisted farmers will then be made and the public will have their chance to see these videos online and vote for their favourite one.”

The farming for nature awards are sponsored by Bord Bia and supported by a range of farming and conservation interests including the department of agriculture, food and the marine; the national parks and wildlife service; the national rural network; the national biodiversity data centre; the Irish Farmers’ Association; and Teagasc.

For more information on how to nominate a farmer before the closing date, see; www.farmingfornature.ie.

Evident anger as Irish Rail 'mulch hedge to the ground'