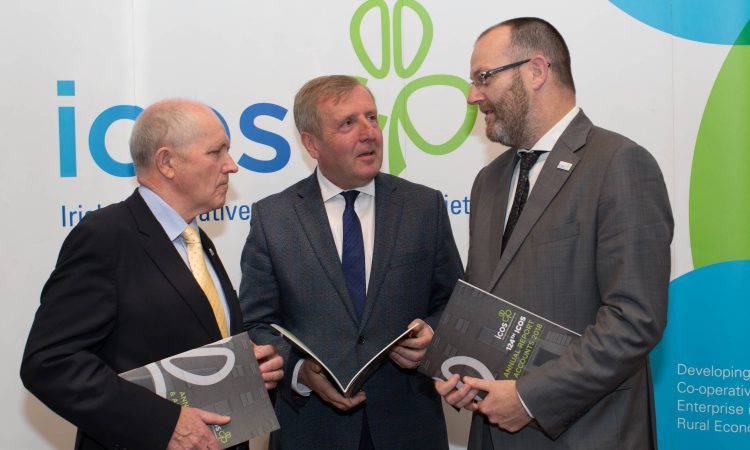 Commentators and campaigners must avoid the mistake of making an environmental scapegoat of agriculture when it comes to climate change, according to the Irish Cooperative Organisation Society (ICOS).

The annual meeting of Irish dairy, agrifood and mart leaders marks the 125th anniversary of the foundation of the co-operative movement in Ireland in 1894 and it was also addressed by Minister for Agriculture, Food and the Marine Michael Creed, recognising the occasion.

Speaking at the event, Spellman said: “The agriculture sector obviously has much to contribute to sustainability, has already made major strides in this requirement, and is playing its part in working towards a low carbon future, relative to the essential and far-reaching benefits which this vital source of food production brings to our society and the economy.”

The president urged the agricultural industry to rise to meet the challenge of Brexit “with new levels of competitiveness and market access”.

“We are also deeply aware that the environment and climate change is a lifetime challenge that affects a global population with the potential for truly catastrophic outcomes for nature and humanity if our international political, economic and industry leaders do not act in concert together to address the totality of issues involved.

“In simple terms, all sectors of the economy are emitting too many greenhouse gasses. We must dramatically reduce those emissions in the short time we have left to create climate change reversal.

“In Ireland, given that we have almost no heavy industry and related sectors, our emissions from agriculture form a higher than average proportion of total emissions.

However, we produce food with a significantly lower environmental footprint than most of our international competitors. That must be recognised by everyone interested in this agenda.

Spellman underlined the importance of not driving away food production from Ireland, only to have it produced elsewhere with higher emissions.

However, he noted: “Nevertheless, we cannot, and nor do we wish to, escape our commitments to reduce our total emissions from agriculture.”

“There are no quick fixes when it comes to mitigation from agriculture as methane and nitrous oxide are biological emissions.

“However, the adoption of EBI (Economic Breeding Index), improved nitrogen use efficiency, uptake of protected urea measures, use of low emission spreading equipment, greater use of milk recording and extending the grazing season are all examples of practical measures that will reduce greenhouse gas emissions from agriculture.

The critical message to farmers is that there is also a strong correlation between the uptake of these carbon efficiency measures and farm level profitability.

Praising the Irish pasture-based grazing and dairy production model, Spellman said that performance must be further enhanced with improvements in animal welfare, biodiversity maintenance, and water quality and usage.

He also highlighted the benefits of anaerobic digestion, both environmentally and economically, calling for “meaningful support from the Government to maximise the potential of AD biogas in Ireland”.

“We should be proud of, and defend our industry, and its existing sustainability credentials built on the family farming model.

“We have nothing to be ashamed of. We are the custodians of the rural environment, and we do that job well, while producing the most nutritious, safest, pasture-based beef and dairy in the world.

“Last year, we ranked 2nd out of 113 countries worldwide in the Global Food Security Index compiled by the Economist Intelligence Unit.

“We can always do better, but our policy makers cannot allow this hugely strong and valuable position to be eroded by failing to devise a sensible and effective response to our environmental commitments.”

Concluding,  Spellman said: “It is 125 years since this great movement was founded with the inaugural meeting of the IAOS (Irish Agricultural Organisation Society) in April 1894.

The movement was borne out of a period of turbulence in rural Ireland, with the rural economy on its knees following from the long-term repercussions of the Great Famine.

“In today’s world where climate change and sustainability are attracting more and more priority the world over, let us be certain that we can demonstrate to our children, our grandchildren and the generations to come that ‘we did what was right to make the world a better place for all’.” 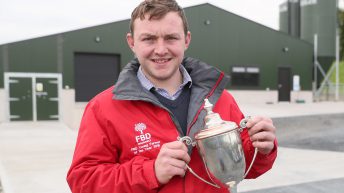