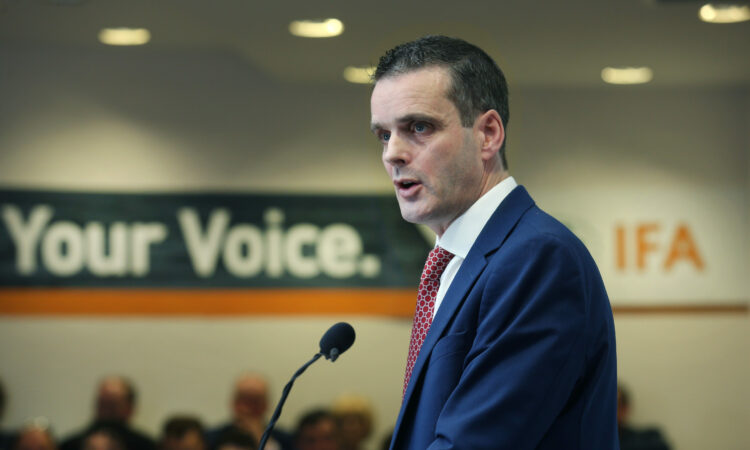 The support in the new report of the Joint Oireachtas Committee on Climate Action (released today, Thursday, March 28) for the Teagasc ‘Climate Roadmap’ has been described as “a victory for common sense”.

President of the Irish Farmers’ Association (IFA) Joe Healy said: “The Teagasc plan, as the basis for further climate action in agriculture, was far better than the unrealistic proposals put forward by the Citizens’ Assembly.”

These proposals from the Citizens’ Assembly included a tax on Ireland’s “carbon-efficient” food production model.

The cornerstones of the Teagasc report are:

The IFA president said that the recommendations regarding the development of farm-scale renewables have “the potential to make a real difference”.

He said these include calling for immediate changes to grid connection, planning policy and the design of the renewable electricity support scheme to support these objectives.

Regarding proposals to increase the existing carbon tax on diesel and heating oil to €80/t by 2030, the IFA expressed concern that this tax will “impose significant costs on farm families and rural communities who do not have alternatives”.

A just climate transition means leaving no-one behind. It is unjust to impose a punitive carbon tax in the absence of alternatives.

Healy described proposals to divert Common Agricultural Policy (CAP) funds to address the climate challenge as “a side-stepping of the need for a robust national climate action budget”.

“Currently, the European Commission is proposing a €100 million cut to the annual CAP budget.”

Concluding, Healy said: “It is not sustainable to expect farmers to keep delivering more with less, despite the fact that almost 90% of the existing CAP Rural Development Programme is already focused on environmental and climate protection.”

Also responding to the report, the IFA’s environment chairman, Thomas Cooney, outlined: “As farmers, we are proud of our climate actions.

“The European Commission’s Joint Research Centre has confirmed that our dairy farmers have the lowest carbon footprint for milk in the EU and our beef farmers are in the top five.

While agriculture’s emissions have declined by 1% since 1990, emissions from sectors such as transport are spiraling out of control, increasing by 133%.

“Despite this, farming continues to be a scapegoat for climate inaction in other sectors.

“Farmers’ climate actions are real. Over 200,000 carbon assessments have been completed, as part of Bord Bia’s Origin Green programme.

“The agri-food sector is Ireland’s largest indigenous productive sector and a key driver of economic activity in every parish in Ireland.”

Concluding, Cooney said: “From a climate efficiency perspective, we are best in class. However, to secure a just and sustainable climate transition, future climate measures must lead to improved farm level profitability.” 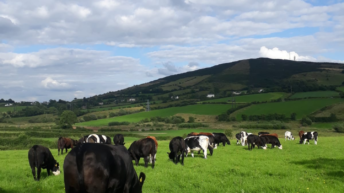