AgriLand came across a rare and noteworthy trio of tractors at a sizeable vintage/classic silage working day – organised by the ‘Border Counties Vintage Grassmen‘ – on Sunday (June 2). The event was held on a site close to Ardee, Co. Louth.

The aforementioned tractors were Hurlimann models. To see three such tractors side-by-side is a rare sight here in Ireland – most certainly in 2019. The coveted line-up (pictured above and below) comprised a H-6130, H-490 and a H-480. 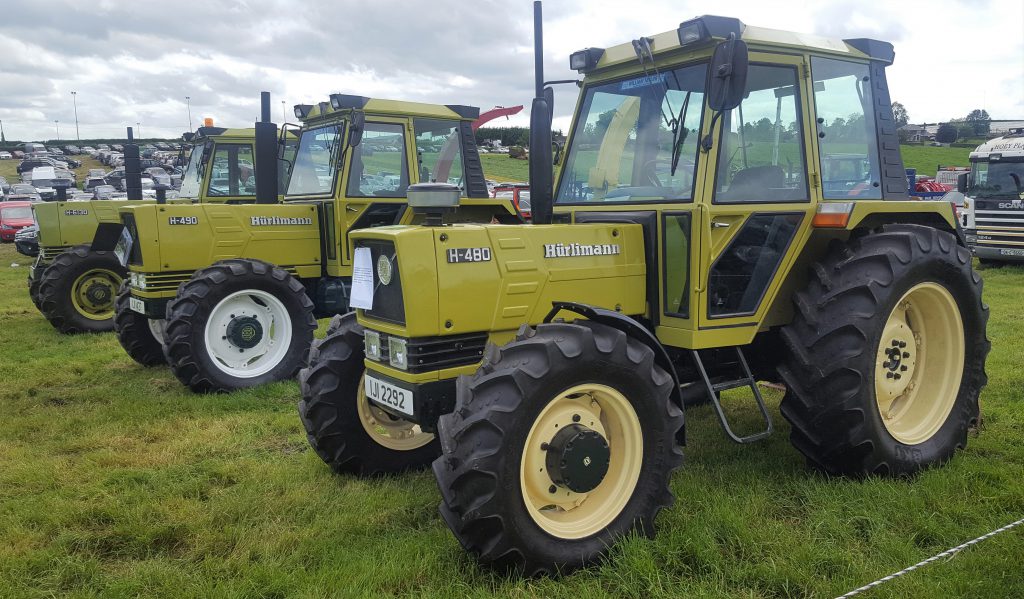 A flyer attached to the H-490 (pictured below) stated: “This [particular example] was one of the last [such models] to be built in Switzerland in the Hurlimann factory before the make/model was upgraded. Its cab was made in Italy.” 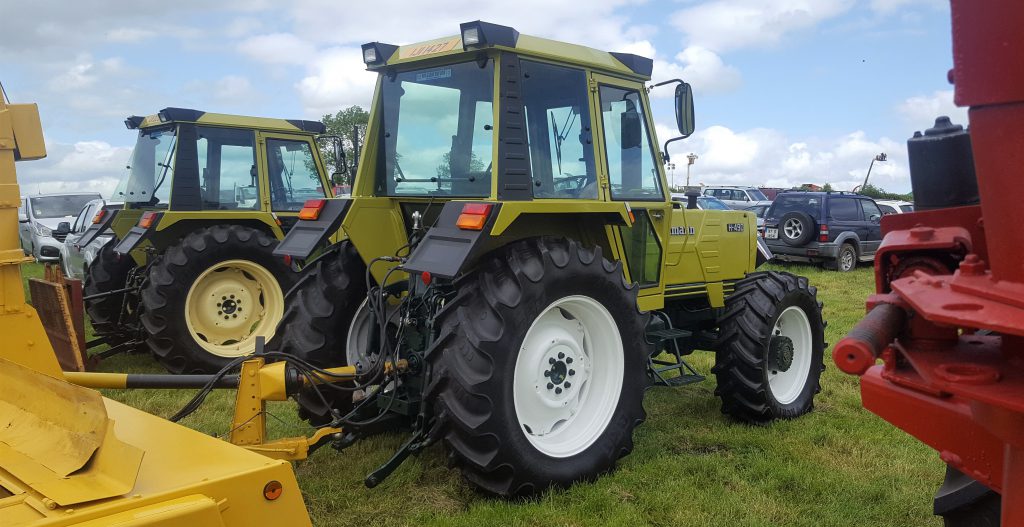 It continued: “This tractor came off the production line in January 1985 and was brought to Northern Ireland by William Taylor – a dealer in Coleraine. The tractor was sold immediately, as it was on order to McNamee Farms near the village of Sixmilecross, Co. Tyrone. This tractor was ordered specifically with white wheel rims.”

After a change of ownership, it was eventually “traded in to JB Barret Tractors (near Omagh) for a new 100hp Lamborghini”. Brian McSorley – the farmer who traded the tractor in – apparently described the sale of this Hurlimann as “a mistake” – such was the regard he had for it. 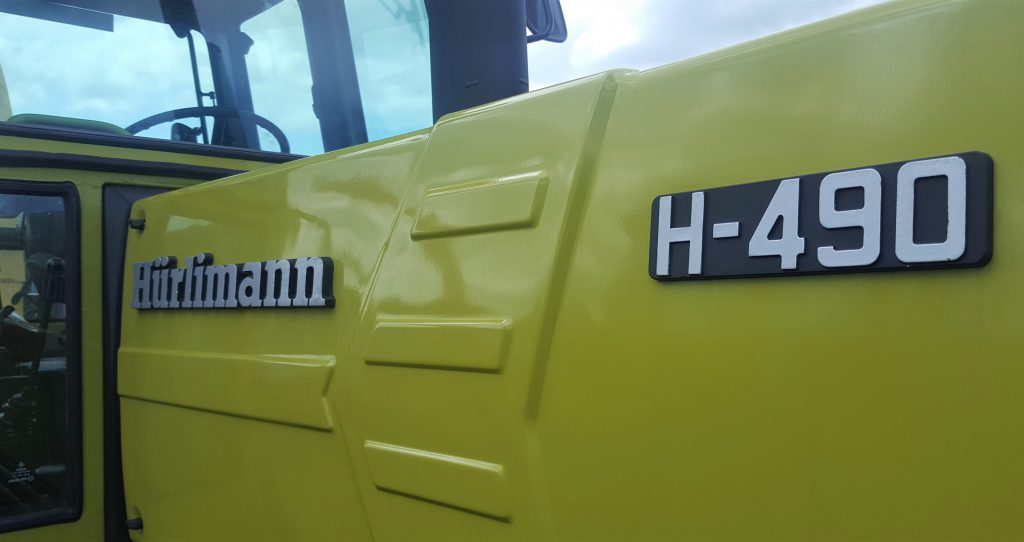 The tractor, which then ended up on a hill farm on the Fermanagh/Donegal border, apparently has just 3,260 hours on its odometer. Its renewed appearance and condition is a credit to its current owner.

The more powerful H-6130 (pictured below) was “bought new by David Patterson, near Omagh, in July 1981”. It, apparently, is “one of only two [such tractors] ever sold new in Ireland”. 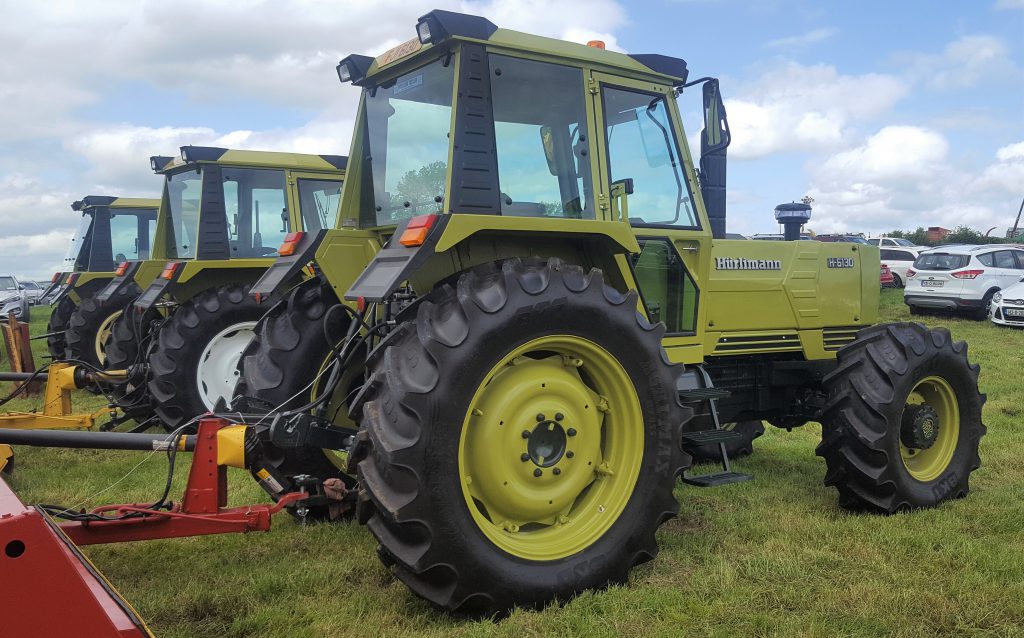 This example has “a newly-built engine, brakes, clutch and has been completely refurbished”. This picture (below) shows the inside of this H-6130’s well-turned-out cab. 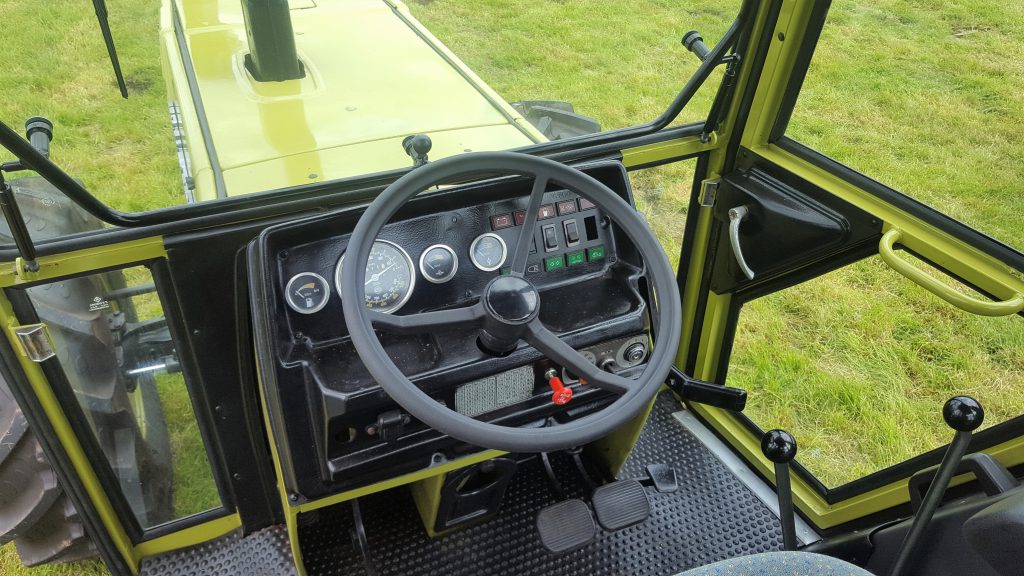 Interestingly, though no longer actively sold here in Ireland through official channels, the Hurlimann brand is still alive and kicking. It is now owned by SDF (Same Deutz-Fahr); it previously formed part of SLH (Same Lamborghini Hurlimann).

Hurlimann is actually celebrating its 90th anniversary this year; it was founded in 1929 when the first Hurlimann tractor (a single-cylinder, petrol-powered machine with an attached mowing implement) was built. 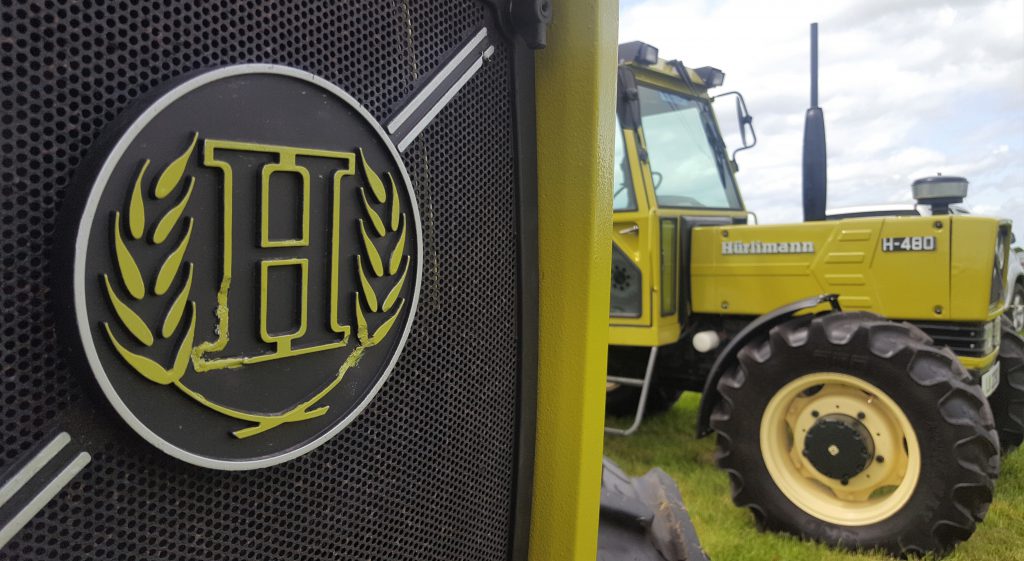 Classic silage harvesting convoy out in force...in the north-east