Classic corner: Is this the ‘real deal’ of tractors in Co. Kerry?

The Ford 7810 Silver Jubilee is a tractor that has sparked much discussion and debate.

Much of that chatter surrounds the fate of the 150 that were produced by Ford in 1989 – to celebrate 25 years of tractor production at Basildon (England).

The 7810 itself was based on a design by South Essex Motors, which toyed with the idea of producing the tractor itself – as a conversion of a standard Ford unit.

Matching a TW’s six-pot engine to a 7610’s rear-end was not a straightforward operation; the motor had to be modified to suit the application.

Once the Ford engineering department had been persuaded (by the sales division) that it was a worthwhile project for Ford to take on-board itself, it went on to make $6 million profit from it in the first year of production. 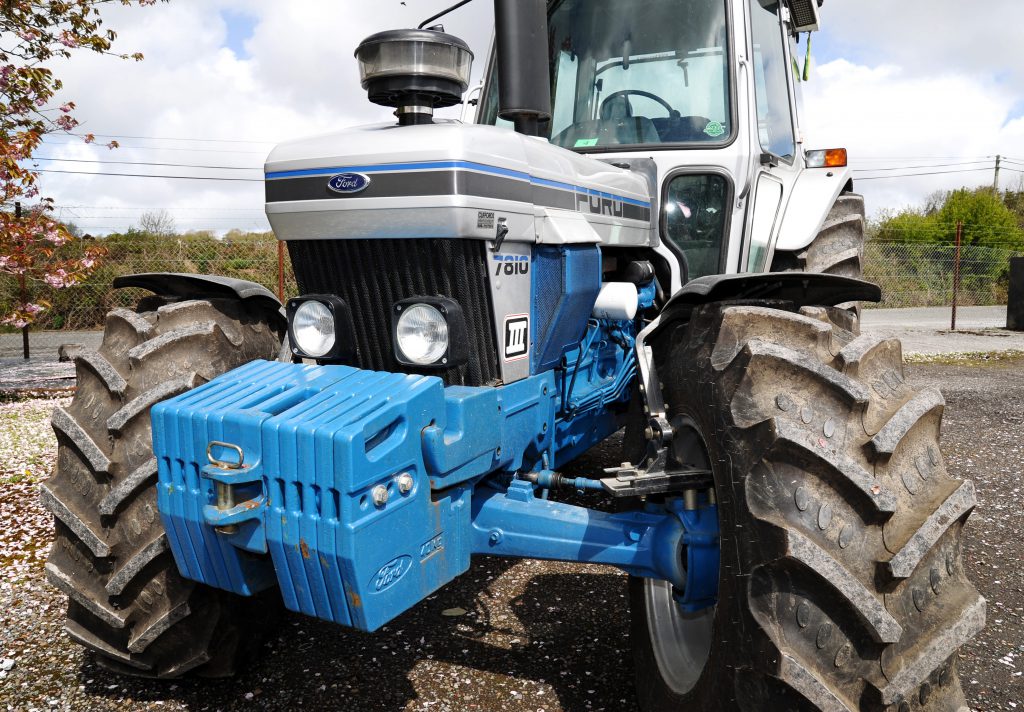 Thanks to this success it was chosen as the subject for the ‘Silver Jubilee’ limited edition. It was thus fitted with all the available goodies, adding greatly to the purchase price.

At first, very few wanted to buy them. The tractors languished in dealers’ yards – unloved and unwanted. 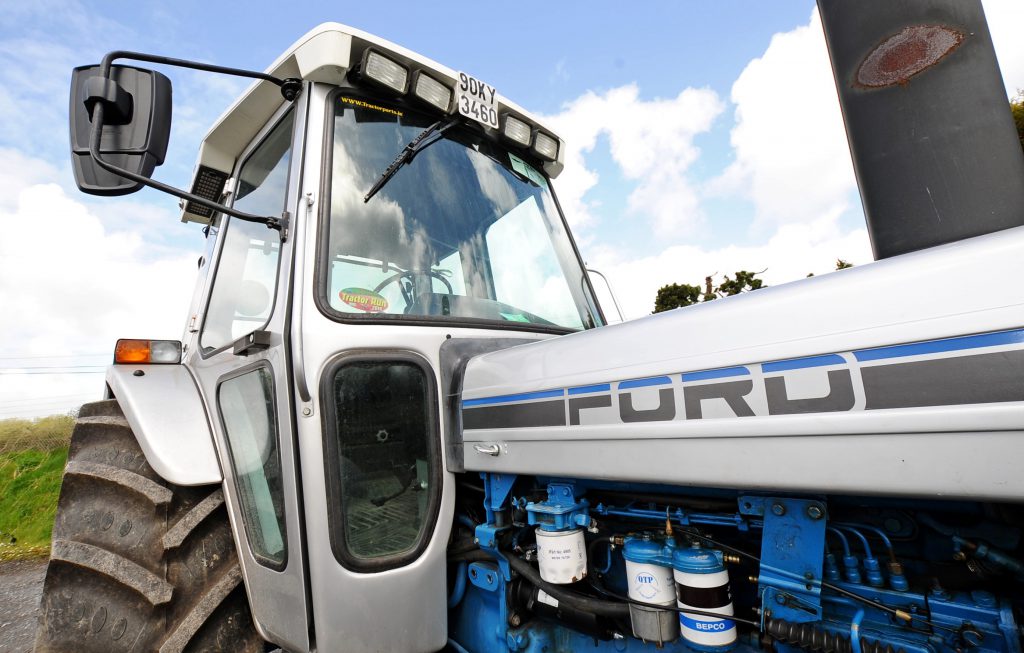 Ford had obviously overestimated the desire of the tractor-buying community to share in its celebrations. They were eventually disposed of by various means.

Indeed, there are probably more stories about what became of them than there are actual examples of the tractors themselves.

The tide has turned

Today, ironically, the model has become a highly-prized collector’s item. Dark rumours circulate, that there are now more than were ever built back in the day. 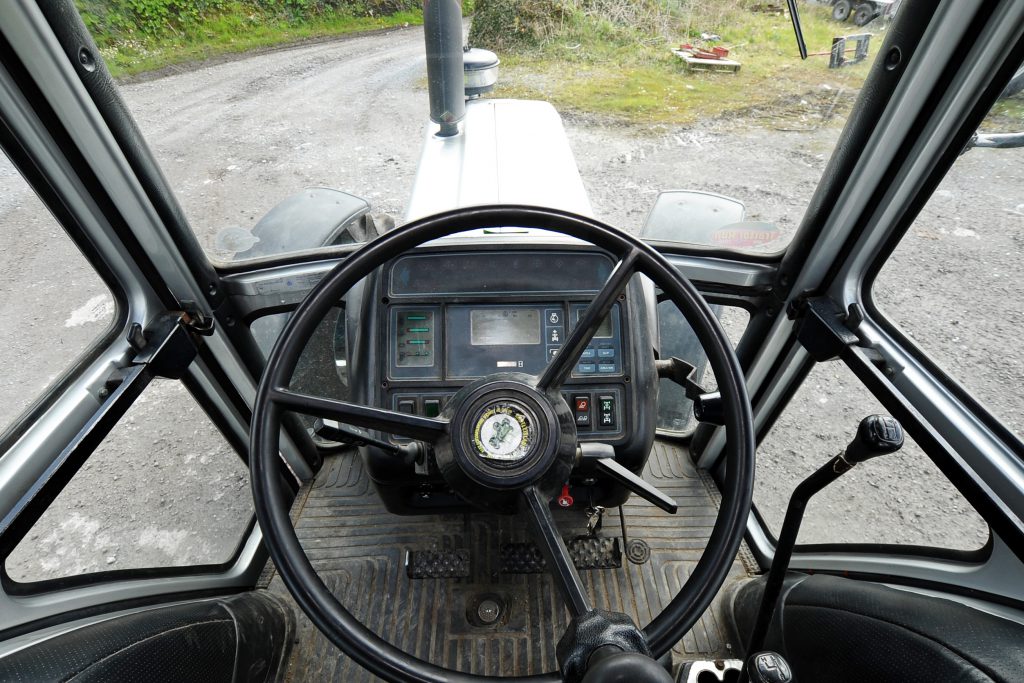 Truly verifiable machines with a known history are valued above all else. Those that have such machines tend to keep them. One such lucky owner is Colm Clifford (see main/featured picture) of Clifford Tractor Parts in Co. Kerry.

This particular Ford 7810 (pictured) came into Ireland in 1990. It is believed to be one of a pair brought over by Denis O’Conner of Abbeyfeale, who had purchased it in the UK and then sold on. 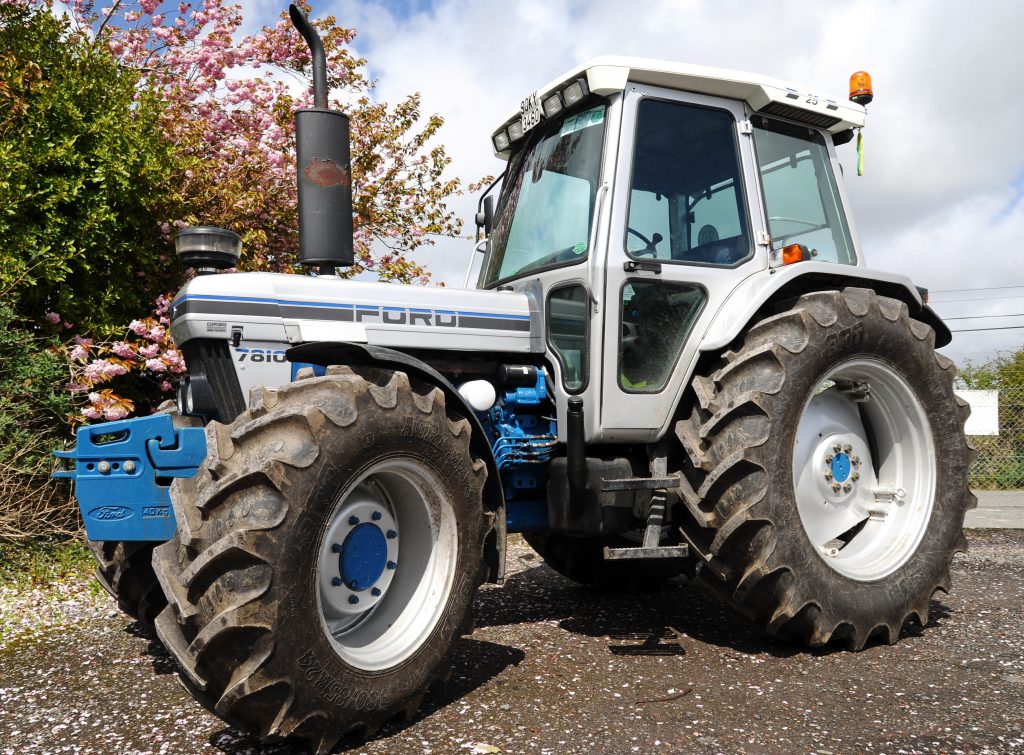 It was bought by a local contractor at Kilflynn, who kept it for around 10 years before trading it in for a new Case IH at Buckley Argi of Listowel.

From there, the tractor went to a local farmer from whom Colm purchased it a few years later. The fate of the second machine is, for the time being, not known for certain.

Colm, who has a terrific knowledge of tractors, obviously made a wise decision in adding this one to his collection. 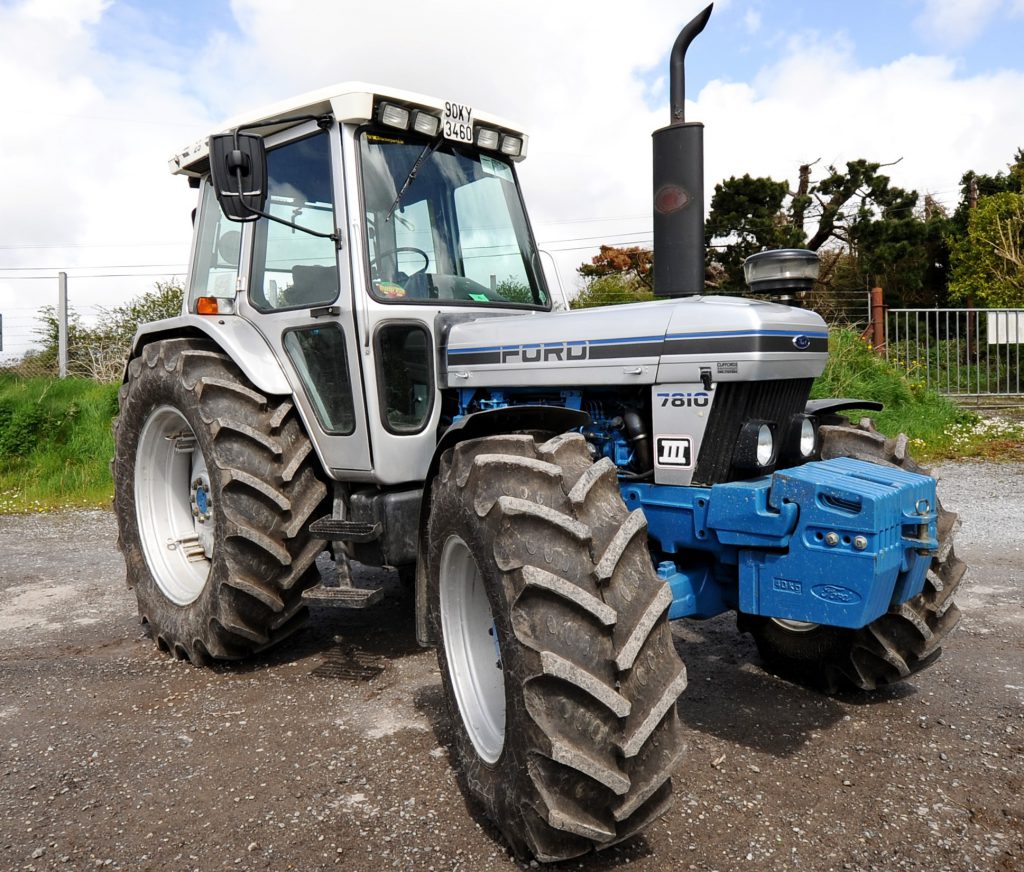 However, it is not just kept as a museum piece; the family beef farm is often in need of a little extra horsepower in the summer. That’s when it gets some healthy exercise, helping with the silage.

He has also taken it out on many tractor runs, accompanied by his son when he was younger. To create a little comfort for him, and add a measure of safety, Colm fitted a rail (pictured below) around the ‘passenger seat’. It’s still there, but is now outgrown. 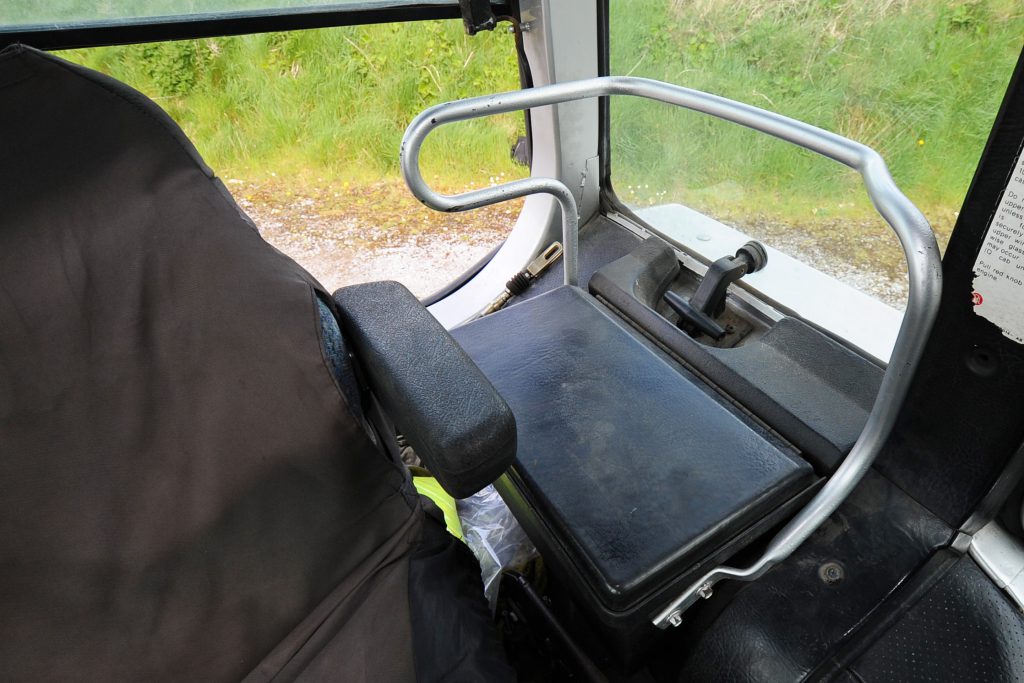 Not long after acquiring the tractor Colm decided that a re-spray was in order. This was in 2007; it was just the exterior that was painted.

The usual issue of rust around the windows had raised its ugly head – not unheard of with Ford Super Q cabs or any other cab from that era.

11 years later, there is no sign of the problem reappearing. Nor are there any other items of bodywork needing further attention of any significance. 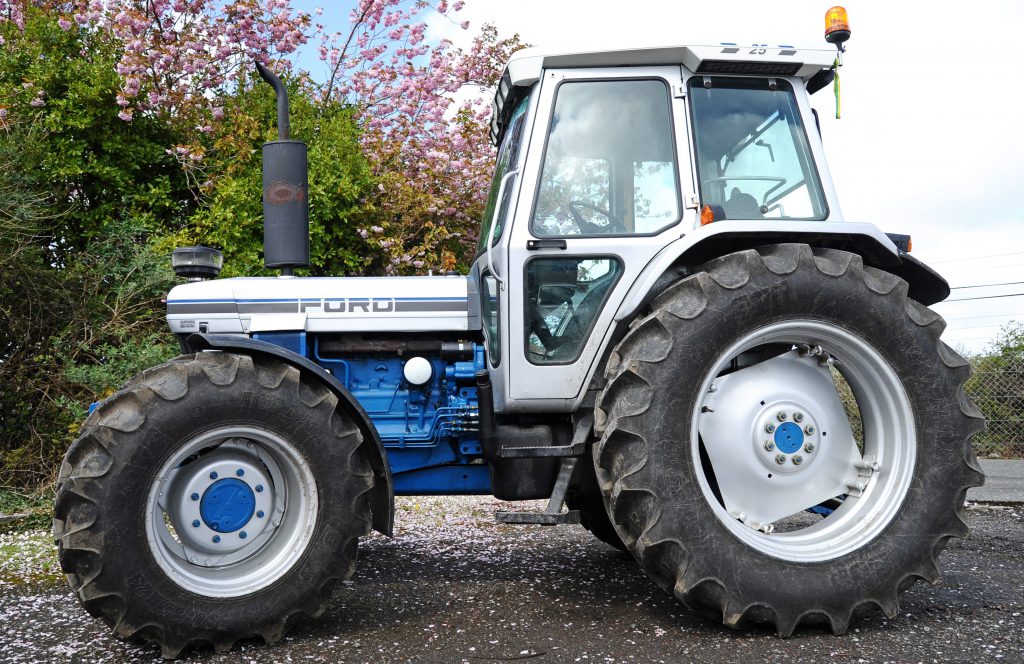 Mechanically, the only problem has been with the diesel lift-pump. It needs to be renewed on a biannual basis. Colm feels that the pump is too small to feed a six-cylinder engine from a fuel tank that sits below the cab, rather than above the engine. 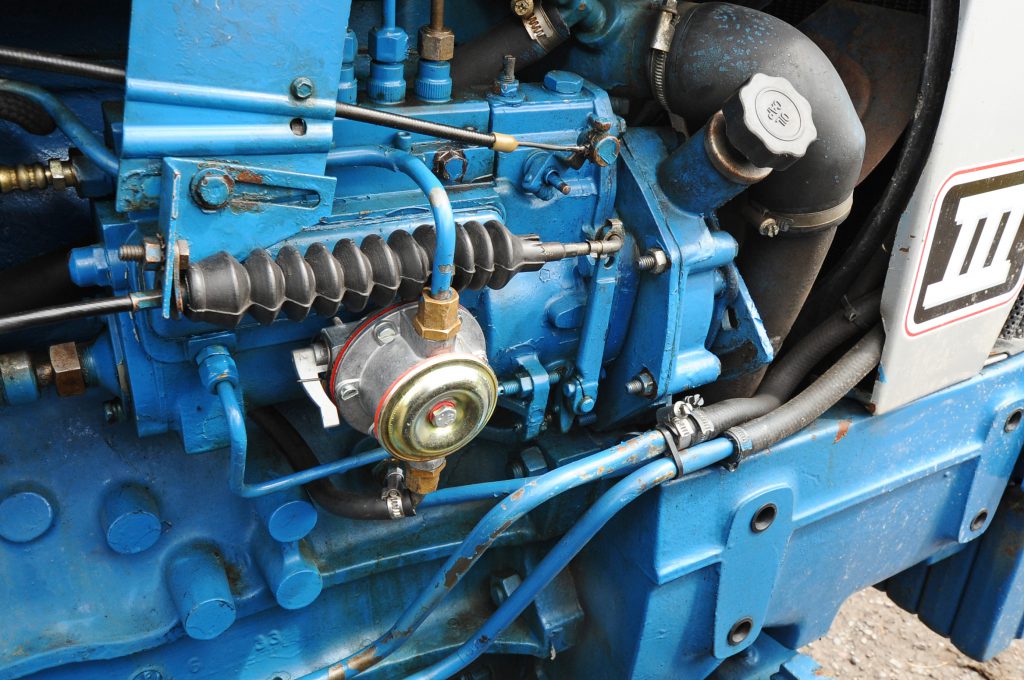 Thankfully, they are not too expensive to replace. In the interests of keeping the tractor original, he has not modified the fuel feed at all.

The tractor has also been treated to new tyres all round; these add to the ‘as new’ look.

With such excellent care being taken of this example and only light work being undertaken in summer weather, there is no reason why it shouldn’t continue in service for a long time yet. 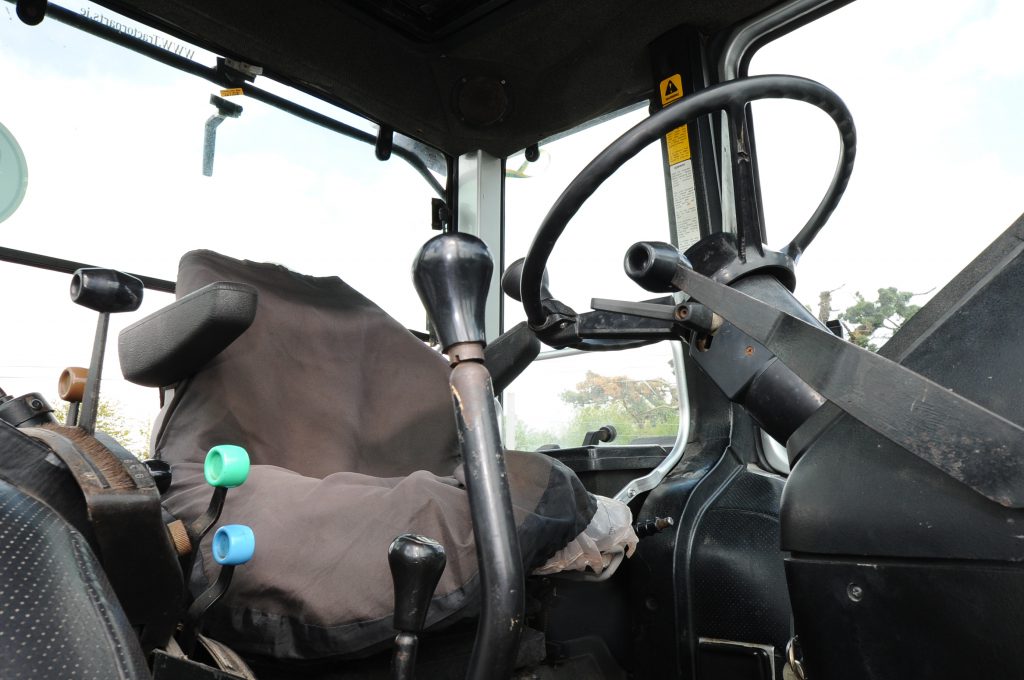 Colm has every intention of keeping it in the family; he has no plans to sell it. “Why would I?” he asks – a fair question and one that is unlikely to ever be answered to his satisfaction.