Classic corner: Is this 4WD monster the real ‘County’ of Kerry?

The relationship between County Commercial Cars and Ford goes all the way back to 1929.

It wasn’t until 1948 that they got involved with agricultural tractors, when they matched a pair of tracks to a Fordson E27N and supplied around 50 to the UK Ministry of Agriculture.

In 1954 came the skid-steer Four-Drive. From then on – and for a considerable period – if you had a 4WD Ford it was a County, a Roadless or another such conversion – but most probably a County.

It was County that came to dominate the 4WD scene (in the UK); the name became synonymous with Ford over the next four decades. 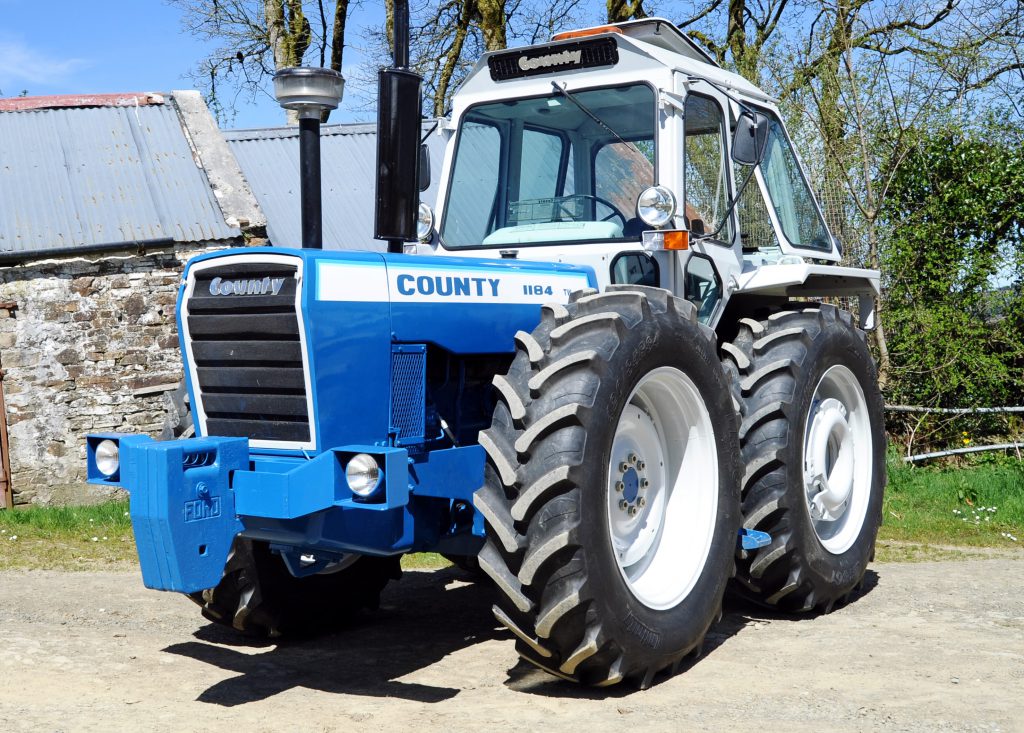 As tractors became more powerful it became obvious that ‘driving’ all the wheels was essential for European conditions – if that extra power was to be usefully applied to the ground.

Ford eventually responded properly to this trend with the introduction of the TW series in 1979, sharply pulling the rug from underneath County’s feet by doing so.

The conversion company battled on gamely; it immediately introduced the TW-based 1184 TW (pictured below). This shared the well-tried Ford 401 engine with the TWs, but added to the overall traction potential with the fitting of equal-sized wheels all-round. 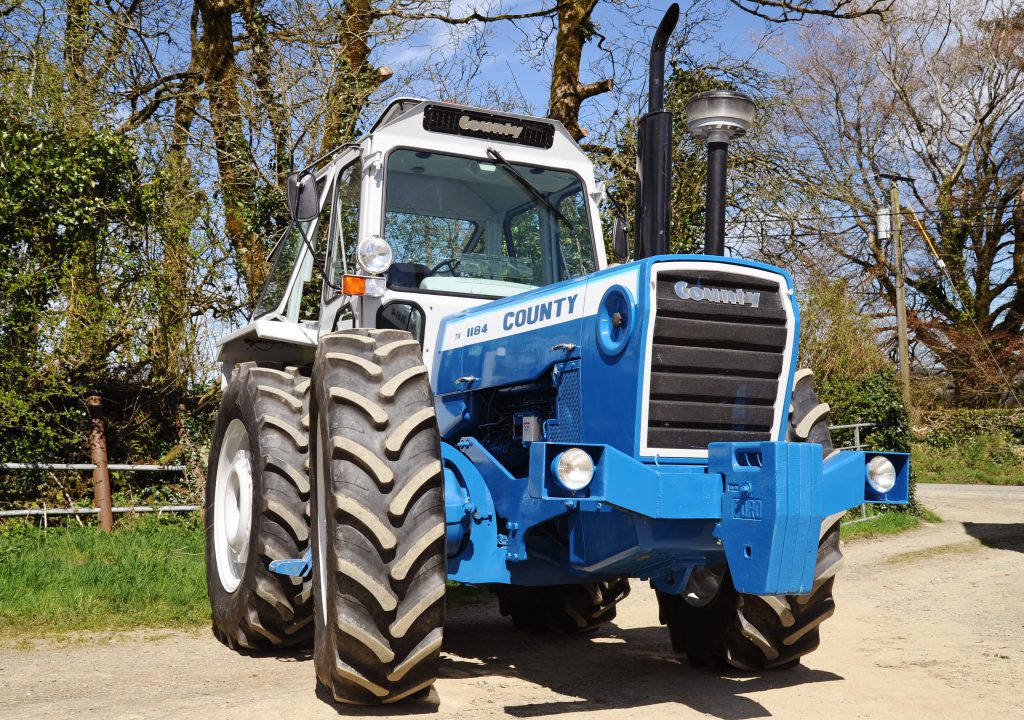 The balance of weight was more biased towards the front, though it didn’t quite hit the 60-40% split that was considered ideal at the time.

To achieve this, County moved the front axle almost to the rear of the engine – giving it a long nose and helping somewhat in reducing the large turning circle.

This latter issue was a result of having large wheels and a transmission system that relied on twin drive-shafts running directly from the rear half-shafts to each end of the front axle.

There was very little room for the front wheels to turn inwards. 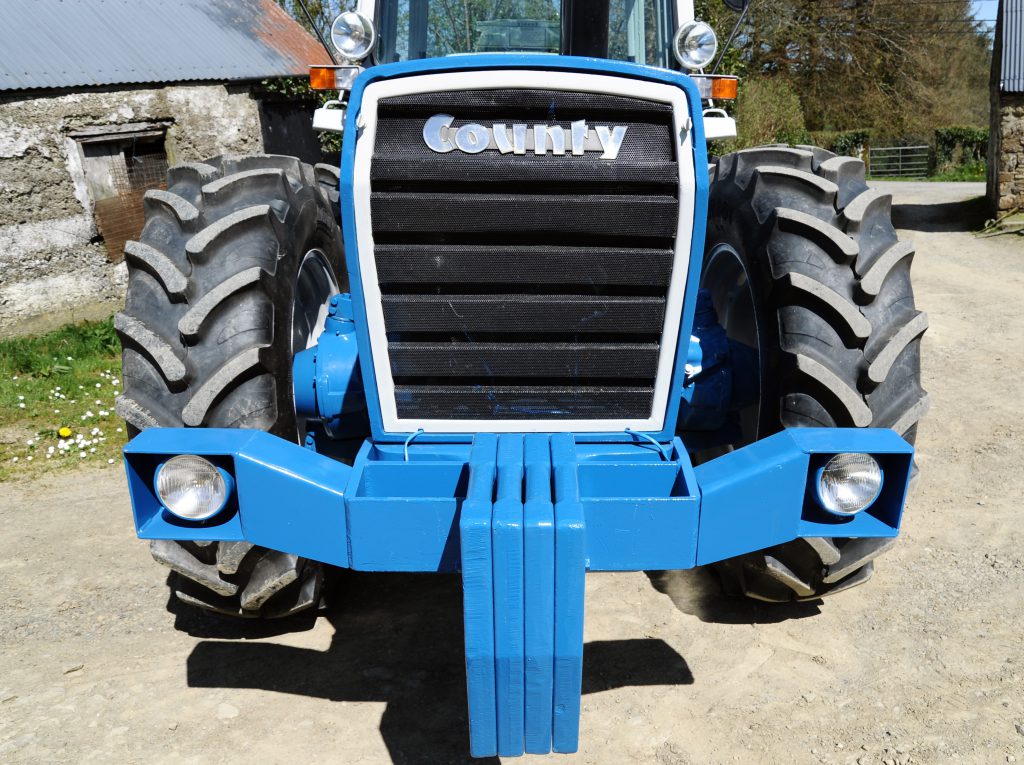 Despite efforts by County to differentiate its machines from those of Ford, the writing was on the wall. As a manufacturer it succumbed in 1983, though later attempts were made to revive the product line.

Today, ‘Countys’ have become popular subjects for restoration. Any that are left in their original state are being snapped up and refurbished by fans. 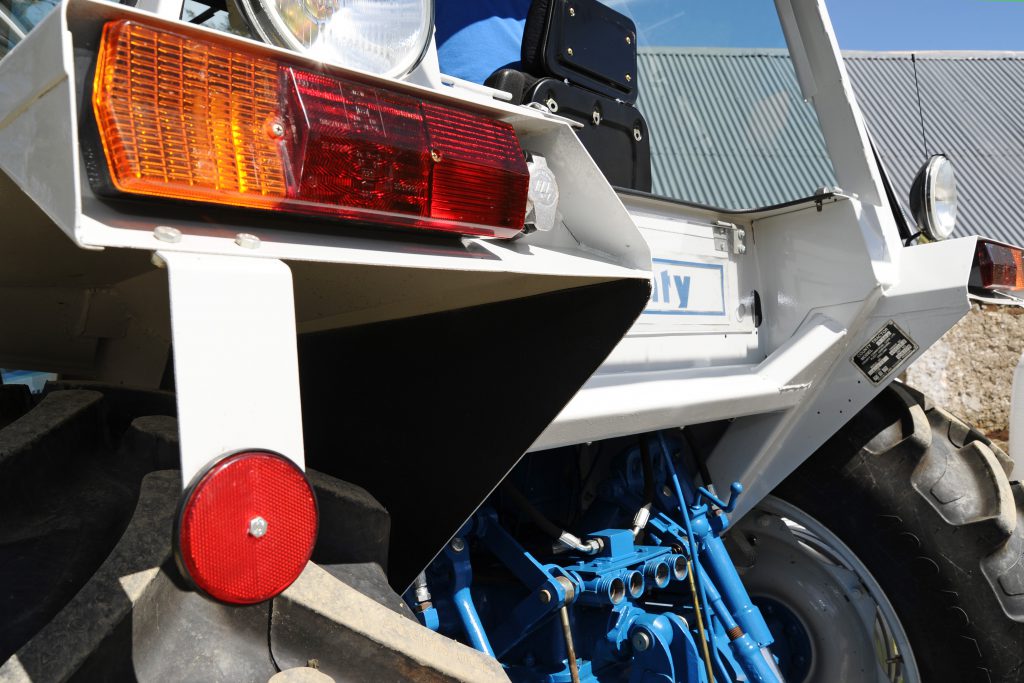 One such enthusiast is Tom Murphy of Brosna, Co. Kerry; he purchased an early 1184 TW in a rather sorry state and has since spent a good deal of time and money bringing it back to this pristine condition.

The early history of this particular tractor is lost in the mists of time. Tom caught up with it in Wexford, where it had lain in a shed for five or six years. He brought it back to Kerry with the idea of pressing it back into service on the family farm. 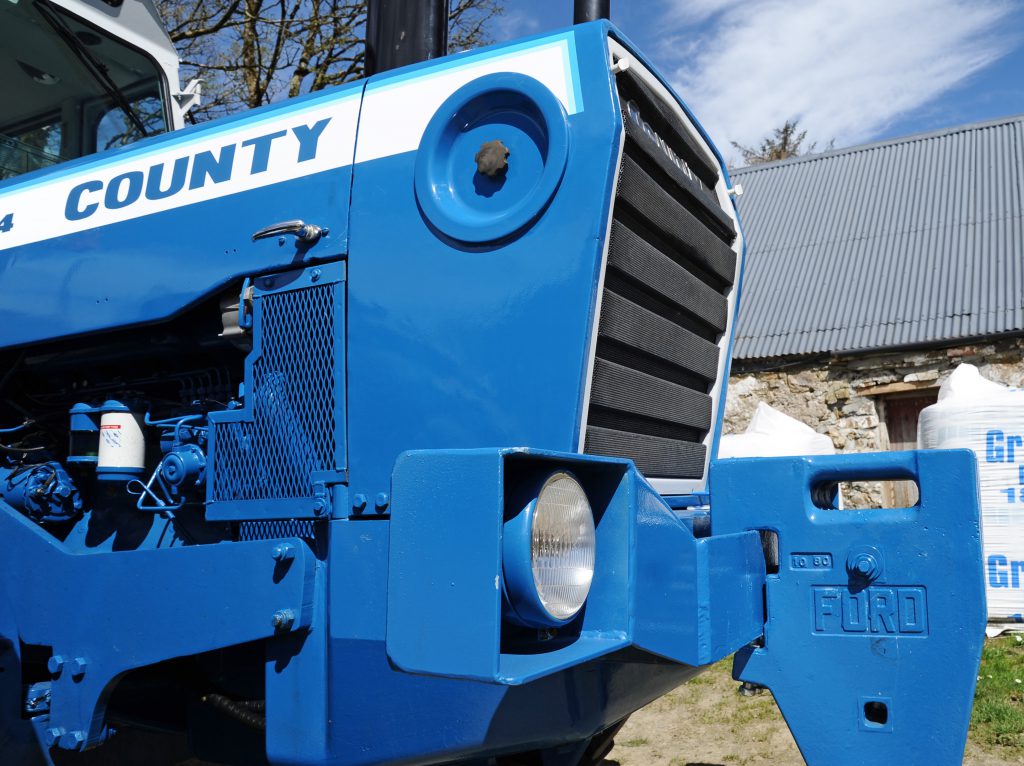 However, working it hard on a slurry agitator soon showed up why it might have been parked quietly in the shed.

“I realised that the engine just wasn’t right,” confessed Tom, and so an investigation into the black smoke and rough running began.

The investigation soon turned into a full engine rebuild; it was discovered that “the crankshaft was cracked and the camshaft was scrap”. 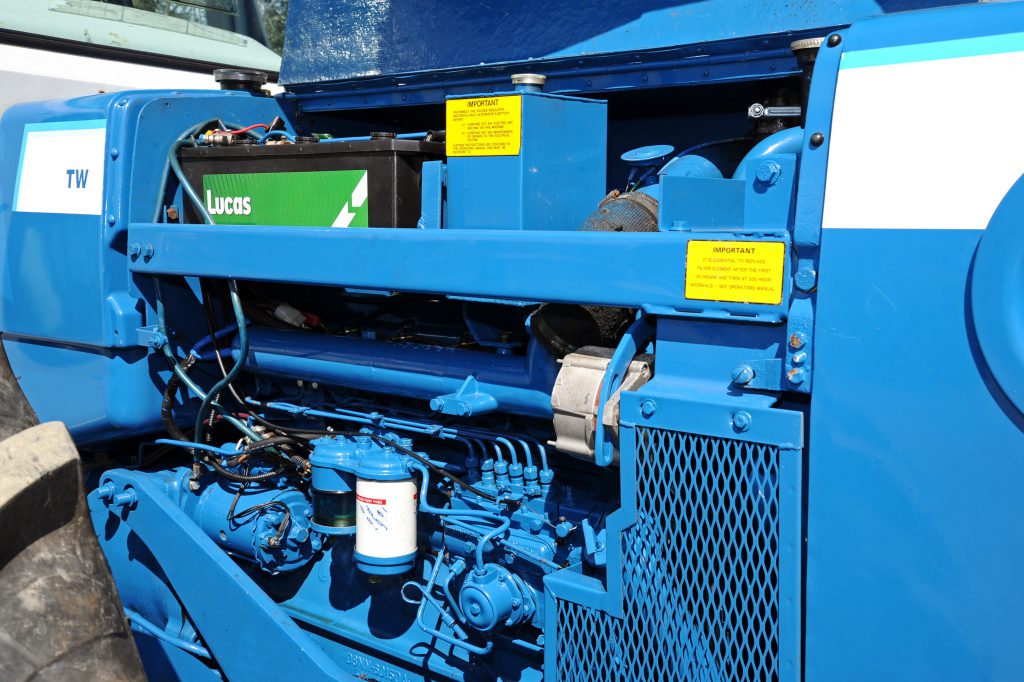 Tom also points out that a previous owner had tried to fit the wrong liners into a re-bored block, resulting in further cracks and stresses – thankfully not to the block itself.

The engine would have been thrown out altogether, was it not for the fact that Tom wanted to bring it back to as original a condition as possible – and retain the matching numbers.

The cam and crank shafts were replaced with used items from a breaker’s yard. The block was re-bored once more, prior to thicker liners being pressed home. This brought the bore down to the original diameter, allowing the correct size of pistons and rings to be used. 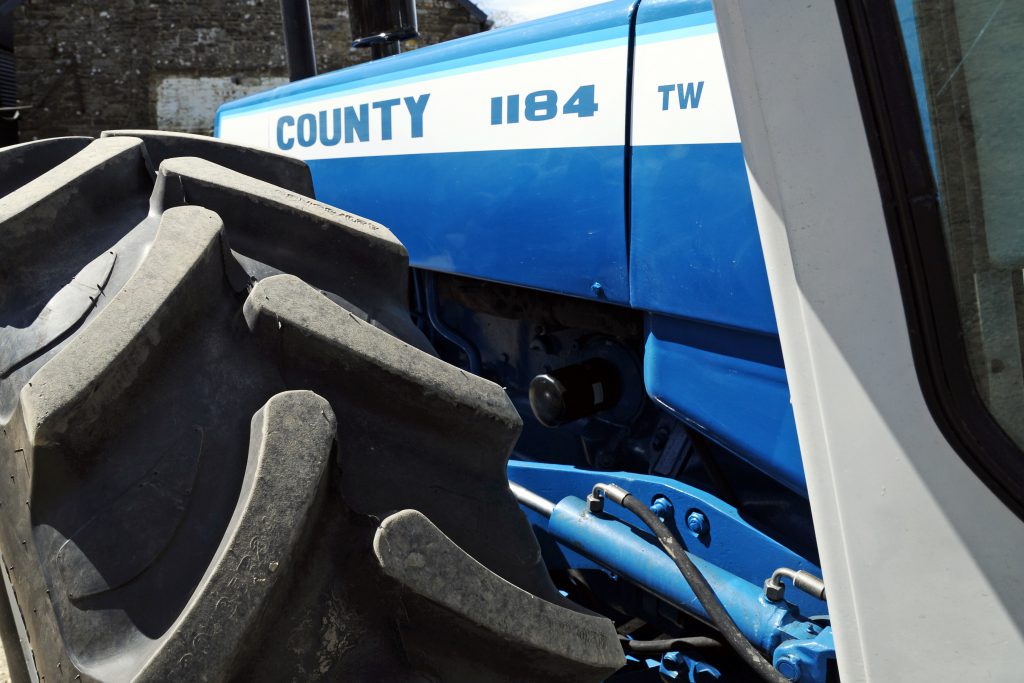 All in all, the cost of getting the engine back to running condition came to somewhere around €4,500. “I didn’t keep an accurate record of what I spend on it,” noted Tom. “The jobs would never get done if I did.”

With the engine and clutch repaired his attention turned to the transmission. Thankfully, this was mechanically sound; it was just a matter of replacing all the seals. 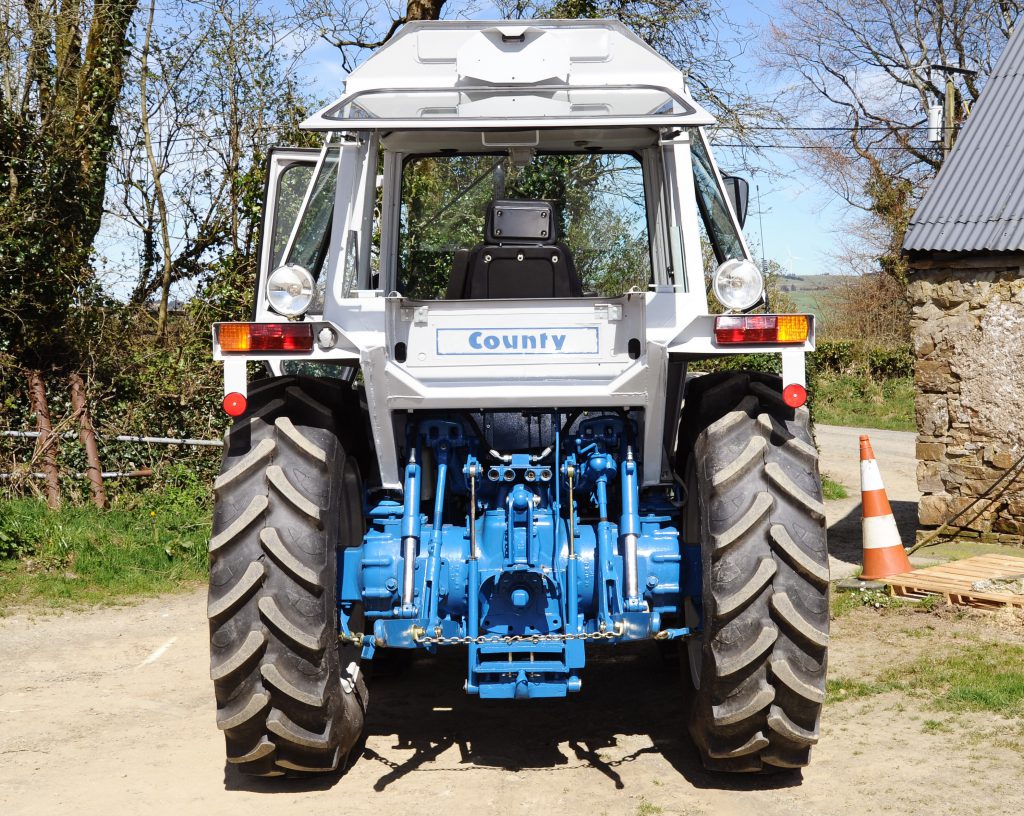 “Proper County seals are made of leather and require soaking in oil for two days before fitting; they are also expensive,” claimed Tom.

A slight leak from one after fitting caused some concern, but it soon dried up as the oil soaked into it. 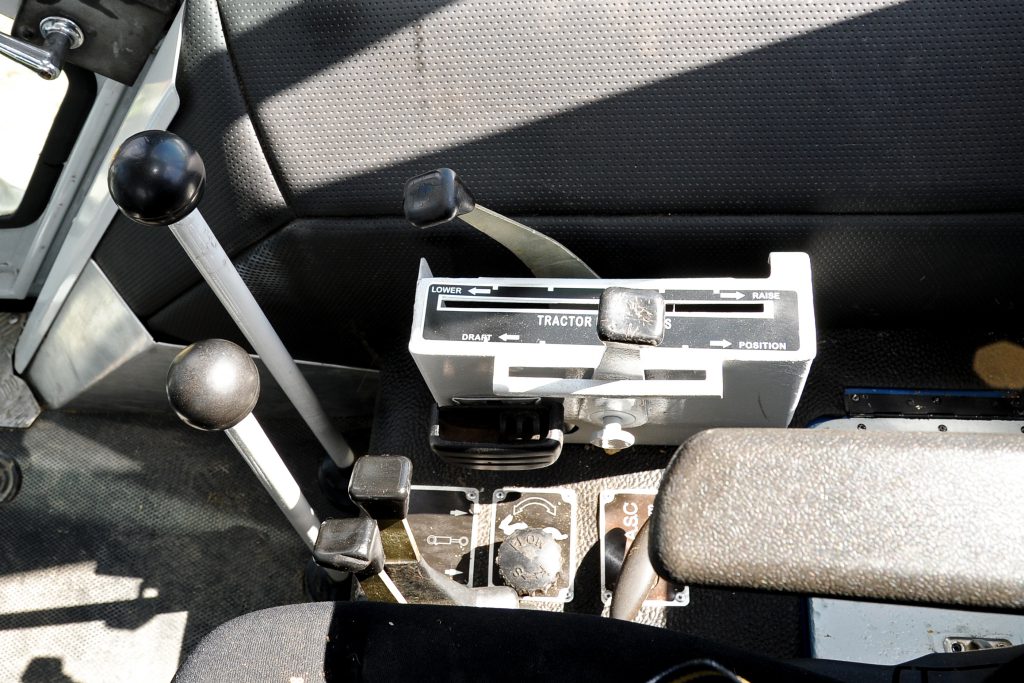 Having gotten so far, the cab presented the next big challenge. This was given to a friend to repair, who undertook the task in his spare time. 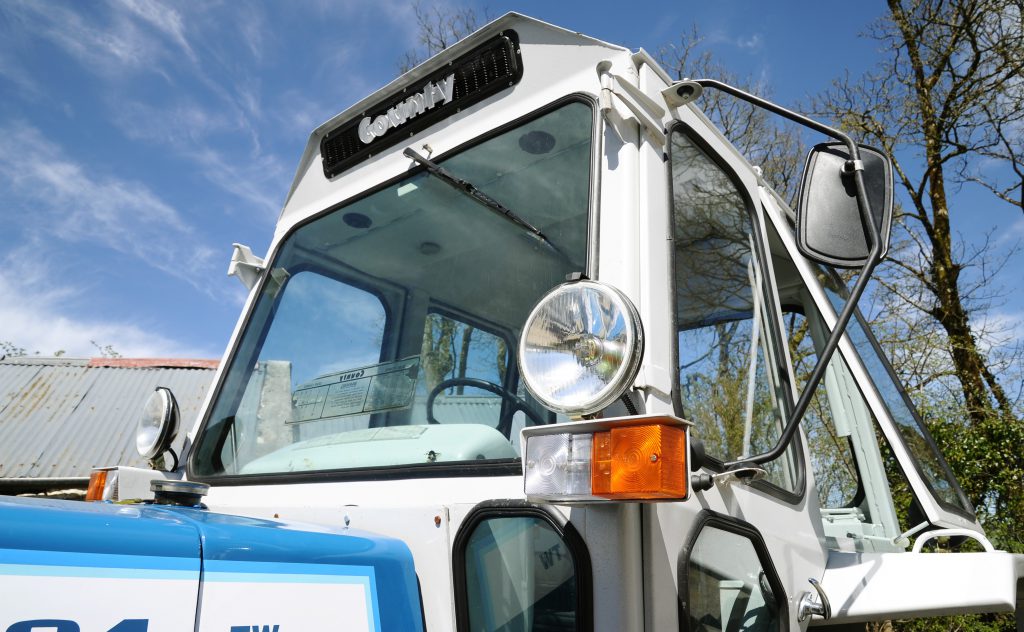 It was in a fairly poor state and, although the original frame is more or less preserved, much of the panel-work and doors had to be re-manufactured.

It was treated with a zinc undercoat, before receiving its final top-coat (in the hope that it will not rust so badly again). 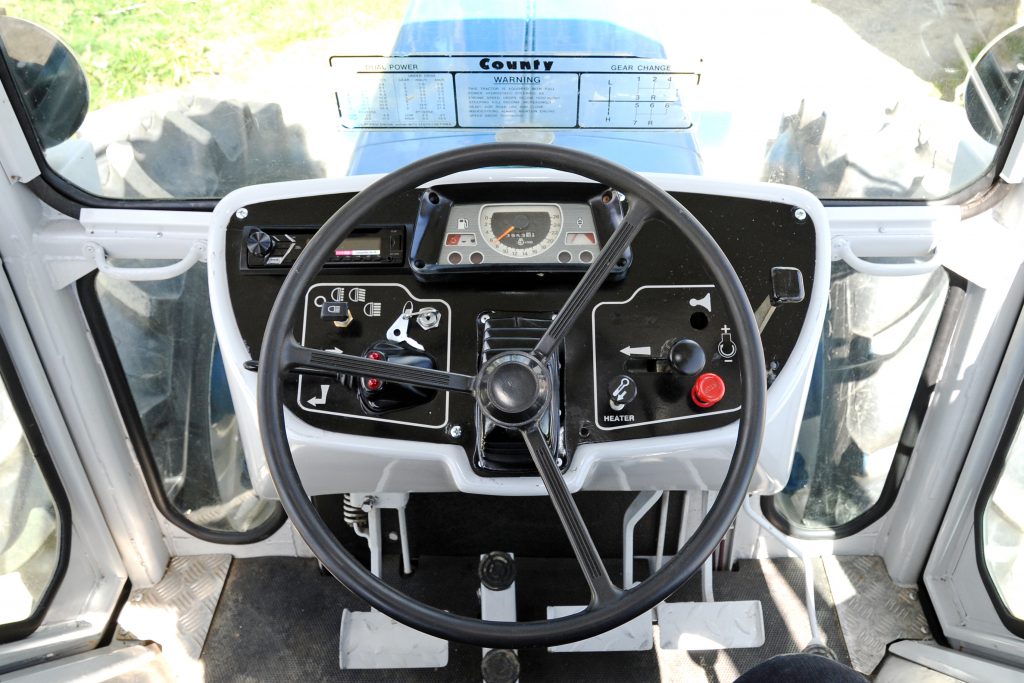 Throughout the lengthy restoration period the tractor never left Tom’s workshop. Various parts were sent away for repair and he did whatever work he could himself. 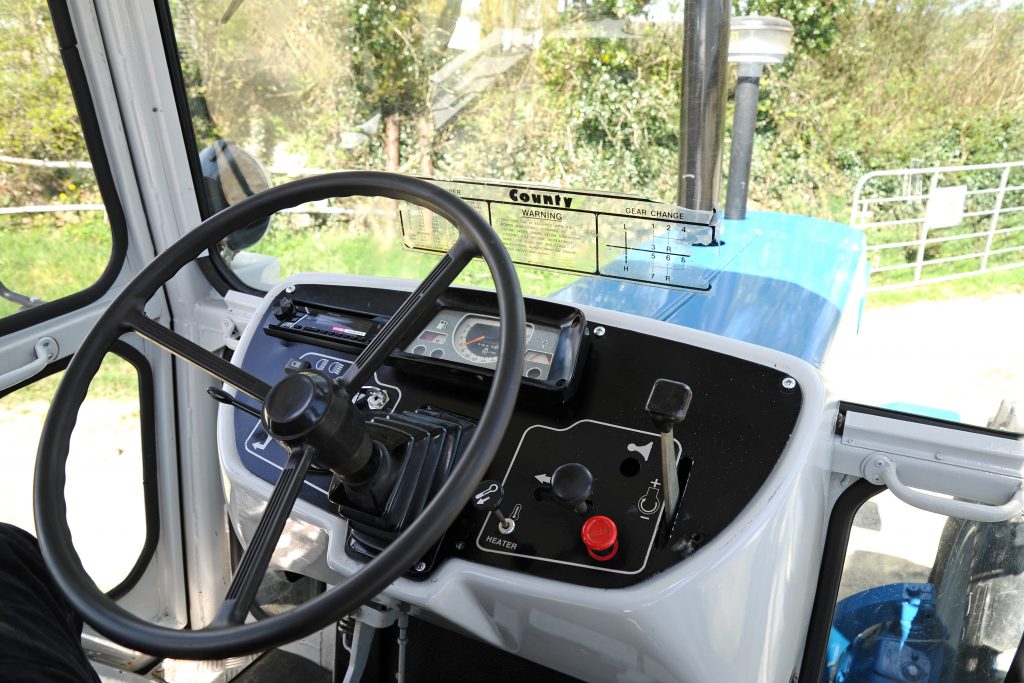 “To pay someone else to do it would cost far too much,” he said.

And he has a point. An awful lot of money can be soaked up by a restoration and so we must be thankful for people like Tom who are willing to put so much effort into preserving a little of the past.

Classic corner: As good as it gets? No-nonsense workhorse can still earn a crust

Forestry: ‘Cliff-edge drop in productivity gone on far too long’

Record harvest on the cards for maize growers in Northern Ireland