China is warning its frozen food importers to avoid countries with high levels of Covid-19 cases after several imported products were found to have tested positive for the virus.

The Beijing Municipal Commerce Bureau outlined this in a statement to import companies.

The bureau also told these companies to monitor the pandemic situation globally, and to avoid importing cold chain food from areas that have been struck heavily by coronavirus.

Companies were told to make alternative plans for food imports.

It had also asked companies to improve their warning and reporting mechanisms, and inform authorities quickly if imported products tested positive.

China had reported no local infections of coronavirus for over a month, but recently detected it on the packaging of aquatic products that were imported into one province.

This month, China suspended imports from seafood producers in Brazil, Indonesia and Russia.

China has already banned any imports of German pork after the first case of African Swine fever (ASF) was found in a dead wild boar in Germany, near the Polish border on September 10.

The Chinese customs office and agriculture ministry have stated that the ban will take effect immediately, and it will cover all pork products. Pork products which are already on route to China will be returned or destroyed, it said.

The ban is set to be an enormous blow for German pork producers, who exported around £924 million worth of pork to China last year.

According to the German office of national statistics, the country exported around £391 million worth of pork to China between January and April 2020.

South Korea has already announced a ban on German pork imports last week. This came immediately after the suspected case of ASF was confirmed. 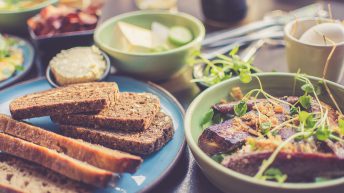