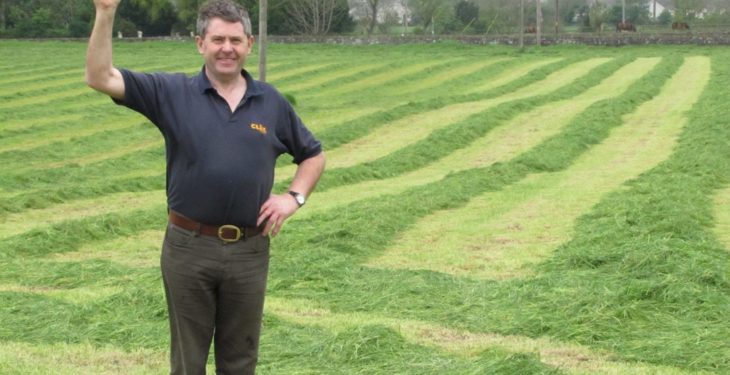 An internationally renowned sheep shearer was lucky to escape with his life after an accident involving a hogget while working on a farm recently.

Sheep and cattle farmer George Graham from Gorey was shearing sheep on another farm in Wexford. “There was another guy with me and everything was set up properly. We were very close to finishing up,” he recalled.

“When the sheep were shorn, they went into a field behind us but one hogget turned back without being seen by any of us. She went to go by to get to the sheep in front of us, moving between myself and the shearing trailer which was a very narrow space,” said George, who is chairman of the Golden Shears World Council.

“The hogget was running at full speed as she was trying to go by when she caught the dropper bar with her head. The bar and her head went straight into the side of my head. I fell on top of the sheep I was shearing which saved me from getting another blow.

“The hand piece was taken out of my hand at full speed. If it hit anybody, it would have chopped them into pieces. Everything happened in a split second and nobody saw anything.

“The farmer I was working for wanted to call an ambulance but I told him not to. I eventually dragged myself up and did something I shouldn’t have done – I went and shore more sheep,” said mental health advocate George.

“I then did something else I shouldn’t have done – as it put me and other people in danger – I drove home. I then realised the seriousness of my head injury and called Caredoc and it was decided there that I should go to A&E. My daughter drove me to Beaumont Hospital that night,” he said.

“An MRI scan showed that the bone around my eye and ear was fractured. I also had swelling and a bleed on the brain which I wasn’t expecting. I knew that that I wouldn’t be moving out of the hospital. I was told that I would have to have surgery but fortunately the swelling and the bleeding on the brain stopped.

I was kept in for three days. They were able to show me on the MRI that if the bang had been one inch higher, I would be in the grave today, and this was from a sheep, not a wicked bull. If it had been lower down, my jaw and teeth would have been broken in pieces. It was just the luck of God that I wasn’t very seriously injured or killed. It was a very lucky escape.

As an international sheep shearing champion, George has always been passionate about farm safety.

“I had ended up being stitched up in hospital a few times and I was always watching for sheep to come from the front, not from the back.

“However, the longer you escape an injury or an accident, the nearer you are to having one. It’s 56 years since I shore my first sheep and yet my life could have been over so quickly as a result of what happened.

“Accidents happen on farms every day but we don’t hear enough about them. During the Covid-19 lockdown, a lot of children and young people were doing very risky and dangerous things with farm machinery that were totally unacceptable,” George said.

“I’m now going to invest in a different type of shearing trailer where the sheep go down through a porthole. I had planned on doing that at the start of the season but didn’t because of Covid-19,” he said.

“Working on farms, you can’t be complacent. Unforeseen things happen. The farmer I was working for was a former shearer and it was a safe set up but everything can change in a fraction of a second.” 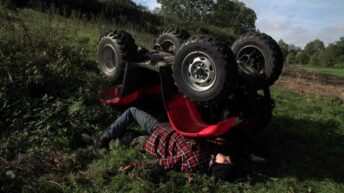