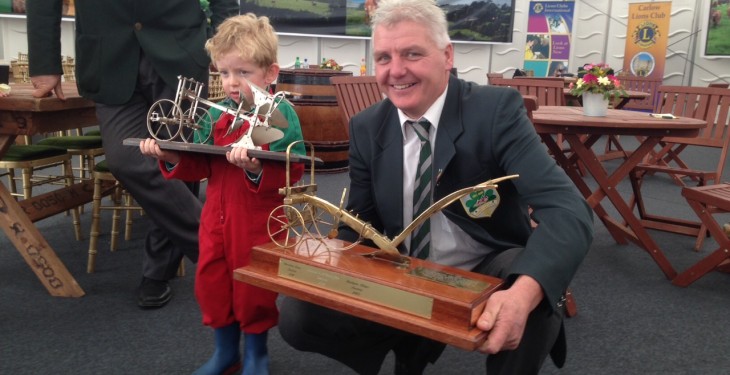 Carlow man Eamonn Tracey is hoping his time competing at the World Ploughing Championships will give him an edge going into the national finals next week in Screggan, Tullamore.

Only one man has done the treble before. I won the competition in Denmark in 2015 and France in 2014, and the idea of the doing the treble did come into my mind in the lead up to the World Championship.

He said that competition was tough at the world ploughing contest, with Tracey travelling out to England eight or nine days in advance of the competition to get in some practice.

“The judging system at the World Championships is more or less the same as the one at the national finals with one or two aspects slightly different.

“This year they increased the depth of ploughing by 2cm, to a total depth of 20cm. This put a lot of pressure on competitors and some struggled with the conditions,” Tracey said.

Ploughing with a Valtra A95 on Firestone tyres and a Kverneland two-furrow competition plough, Tracey believes his time spent at the world ploughing event will give him an advantage on his opponents at the National Ploughing Championships.

“I have the plough since the nineties. You will always be tweaking it, adding bits on or taking bits away just to give yourself an edge in a competition,” he said.

Most of the ploughing competitions in Ireland are early in the year, so a lot of competitors won’t have ploughed in a competition recently.

The standard of ploughing in Ireland is very high at the moment, the Carlow man said, with the possibility of maybe only five or six marks separating the top three or four ploughmen.

“I will be competing against two of my fiercest competitors next week, my father John and Martin Kehoe from Wexford,” Tracey said.

The judges will have a tough job at the national ploughing event and have to be extra critical to separate the top ploughmen, according to Tracey.

The man with the least mistakes will claim first place and go on to represent Ireland at the World Championships next year. 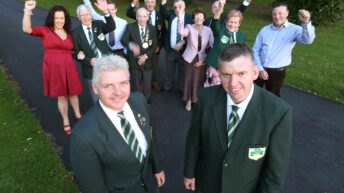