Censortec Nedap CowControl uses the latest technology to monitor and track the heats of cows 24 hours-a-day, including signs of heat like sniffing, chin resting, mounting and standing heat.

The system monitors heats with outstanding accuracy through the smart tag neck collar and transfers all the data in real time, so you can easily access it on a phone, tablet or computer. The technology is now transferring data to Alfco drafting systems which will conveniently draft all the animals on heat attention.

Alfco Farm Services Ltd located in Trim, Co. Meath, is also the largest supplier of drafting gate systems to the Irish market and this cooperation is a game changer.

“Both Alfco and Censortec have a similar approach to the market with customer care and quality of the product being number one priority when it comes to our customers. The cooperation enables us to further advance and support Irish farmers by increasing their farm efficiency and herd performance and saving them time and costs every day.”

Censortec is currently installing this additional benefit on multiple farms around the country, including the farm of Bill Cleary in north Tipperary. 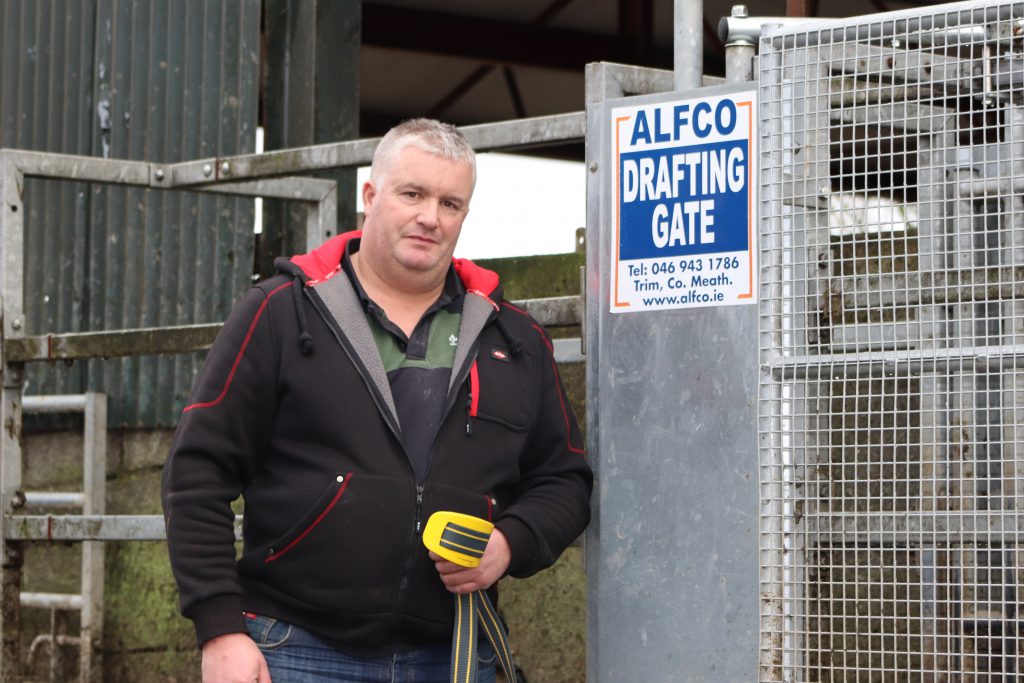 Bill Cleary farms a total of 138ha near Nenagh, Co. Tipperary. The farm is mainly British Friesian and Holstein Friesian type cows in a spring-calving system. Bill is married to Martina and they have three children and the farm has always been a dairy farm with the herd increasing quite significantly over the past couple of years. Bill and his family now milk over 220 cows.

”The Censortec Nedap CowControl system seemed to be the most popular in the area and all farmers spoke very highly of the system and especially the support,” Bill explained.

”When I get up in the morning, I can look at my phone and it will tell me what cows are in heat, even if I’m not milking I can keep an eye on what’s going on in the herd,” added Bill.

”Since I have installed the system, I am not jumping up and down in the milking parlour anymore seeing if the tail paint is gone off them, it makes it a lot safer. There would be some cows that you might not be sure are in heat or had a silent heat and you would miss them. With the Censortec Nedap CowControl system, there’s none of that.

”The system just makes life a lot easier, during what is a busy period on the farm. The biggest change has been… I do not have to watch the cows as much, I’m not checking cows after milking looking for heats.”

Bill explained that ”the in-calf rate is higher, at 92% this year compared to 88% last year. I have fewer empty cows at the end of the breeding season”.

“In spring 2021 we’ve 90% of cows due to calf in the first six weeks of the calving season, the three-week submission rate was 95%. This means I have more cows calving in a shorter period, which will give me cows with more days in milk and that should increase my profits. 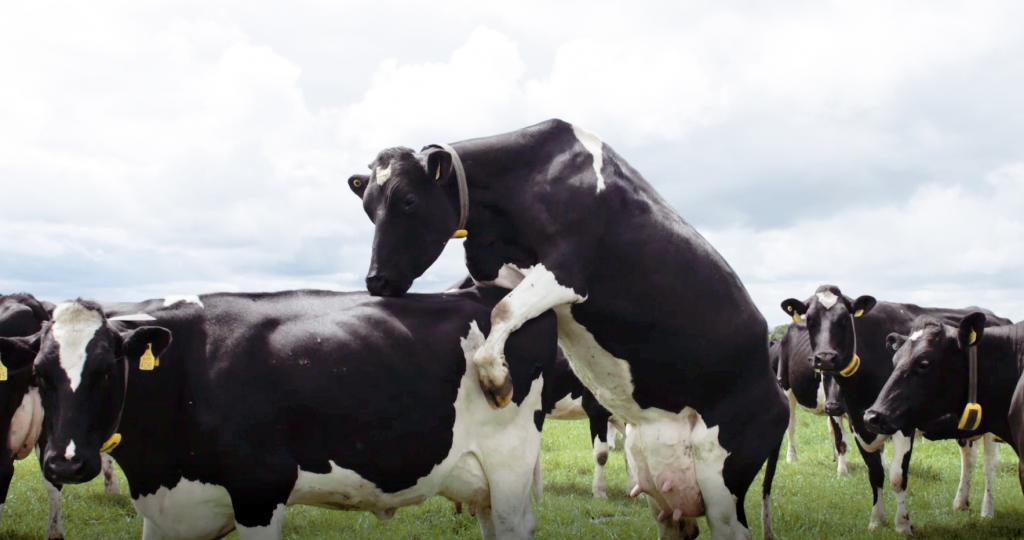 Plans for the system in the future

”I am planning on moving to 100% AI [artificial insemination] in the coming years; this year I used nine weeks AI and three weeks with bulls. I want to get to a stage where I’m doing 12 weeks of AI – this will increase the value of calves when I go to sell them and increase the level of safety on the farm not having a stock bull, with children around the farm,” Bill continued.

”When I was looking at system, of course price played a part in my selection, I’m hoping that I will have the system payback time two-to-three years, from more milk and increased in-calf rates.

”Now that I have the system, I wouldn’t do without it. I would recommend other farmers to look into the system for their farms. I can be away from the farm, look at my phone and see what cows are bulling, I’m not tied to the farm anymore. This spring, I won’t have to look at the phone, the cows will be automatically drafted out, with the system being linked to my drafter.”

Stephen Nolan has also recently installed the Censortec Nedap CowControl system on his farm. Stephen is based near Enniscorthy, Co. Wexford, milking around 100 cows in a split-calving system Stephen was a new entrant to dairy farming in 2014, starting with 48 cows which has now increased to just over 100. The farm had previously been in sucklers and tillage, with Stephen also working off farm.

Stephen is married, with a baby daughter having recently joining the family. He said: ”Expecting the baby is what finally pushed me to get the system. I had been looking at a heat detection system for the last few years and spoke to some local farmers that had the Censortec Nedap CowControl system installed.”

Stephen installed the system on the farm in February 2020. ”I had been pushing for higher yields which meant I was having more cows with silent heats. I was finding it harder and harder to pick up heats. Before we had the system, I was tail painting and I would have to be there full time to watch paints.

“The breeding season was becoming a chore and I was not enjoying it anymore,” he said.

”The system has made the whole thing simpler…look at the phone and can see what cows need to be drafted out for AI. If I was not there I just had to ring or text the relief milker to tell him what cows to draft out; it’s less stress on the cows and farmer,” added Stephen.

Heat detection was the main reason I got the system, I had a lot of cows with silence heats that I was missing, now we do not have as many empty cows.

”That’s why I think we’ve seen a decrease in the level of cull cows this year, we would usually have between 10-11% empty on 12 weeks’ breeding this year we are down to 5%, between reduced workload and less empty cows; it pays for itself.

”What I want to get out of the system is a lower empty rate, more days in milk and cows that aren’t sick for as long. After calving during the transition period the system picks up sick cows quicker than I would have been able to do before. 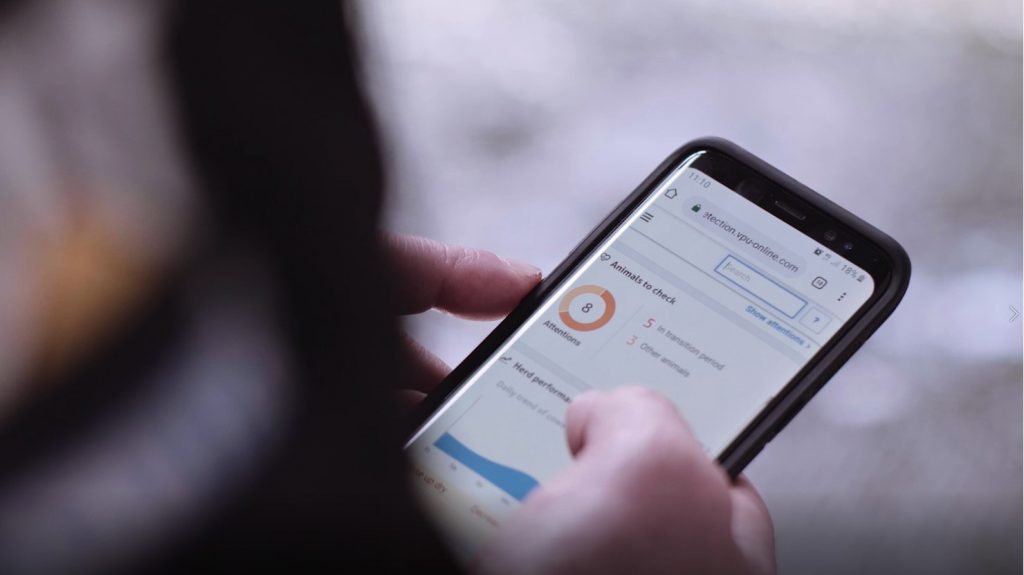 ”The whole system is just so simple to use on the phone, you’ve all the information in front of you and you don’t have to go to a computer to access the information. I was really surprised at how accurate the system was, in both heat detection and identifying sick cows,” Stephen continued.

The system makes you quicker off the mark with treating a sick cow for E.coli mastitis. It is two-to-three days quicker than if I didn’t have the system – it’s the difference between saving the quarter or even the cow.

”We had one cow that had reduced rumination and it turned out to be a displayed abomasum. It’s important to put the information into the system, such as AI time and drying off – you can build a file on a cow. To get the best out of it you need to be giving the system up-to-date information.

”After the baby was born, I took a week off and my father was milking the cows, but I could still check in on the cows with the phone and tell him which cows to draft or to look at this cow because she’s sick. My father does not work on the farm, but he helps on weekends and whenever he can,” Stephen said.

”It’s not a chore anymore, after tailing painting and AI, you’d get sick of it and just let the bull in but with the system, it’s not like that anymore; I’m willing to continue with AI. I am looking at going 100% AI this year or next year and not have to use bulls anymore.”

Stephen said that the biggest benefit for him is labour: ”The reduced labour requirement is the biggest one for me anyway, I also have a lower empty rate at the end of the breeding season, and I am not using as many straws to get cows in calf.

”The six-week calving rate was 85%; it is up to 87% this year. I should also have cows for longer in the herd with the system.

If I didn’t have the system, I would miss it. I should have really got the system sooner. I would 100% recommend it to other farmers, a few other farmers around me have been asking about it already.

To learn more about heat detection with activity monitoring systems and how they can help your farm reach its productivity goals: Contact Censortec on: 086-8592968.