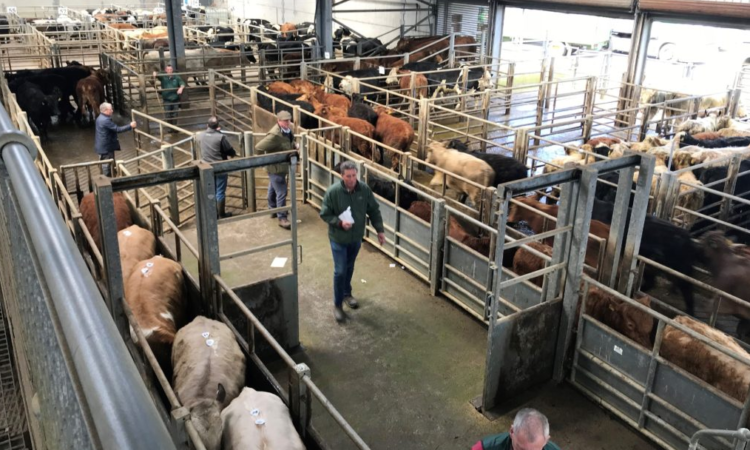 Over the past number of weeks, exporter activity has been high and these buyers placed a steady floor under weanling bull prices – particularly for the lighter lots.

While there are some of these shippers still sourcing cattle, it seems the high demand for weanling bulls has reduced. This, in some cases, has lead to a decrease in prices and these lots are now being bought by farmers.

But with no indication of a lift in beef prices at the factories, farmers are reluctant to purchase these animals. Mart managers have also noted that the delay in getting cattle slaughtered at the meat plants is also affecting the mart trade – with farmers slow to return to the ringside in some cases.

As a result, forward heifers and bullocks are tough trade in many marts, with weanling bull prices back due to the reduced exporter demand.

Some 1,100 animals went under the hammer at Kilkenny Mart on Thursday last, October 17. The trade was reported to be sharper – especially for the quality lots on offer.

George Candler – the mart’s auctioneer – noted that a clearance rate of 95% was achieved on the day, but said that out-of-spec bullocks were harder to get away. He also noted that cull cows were a harder sell, with quality heifers peaking at €2.25/kg.

The trade was reported to be steady with prices holding at Castlerea Mart on Thursday last, October 17 – especially for the quality lots on offer, the mart’s manager Brendan Egan said.

Heifers were reported to have increased in price and a good clearance rate was achieved, while weanlings were also reported to be in demand, with the strongest prices for the quality lots on offer.

In addition, the trade for breeding stock and dry cows was reported to be similar to the previous week’s sale.

Some 300 bullocks also went under the hammer on Monday last, October 14. Brendan noted that the demand was strongest for the younger stock, with older plainer lots a tougher sell.

A slightly smaller sale of cattle took place at Raphoe Mart on Thursday last, October 17. The mart’s manager Anne Harkin noted that there were some excellent quality cattle on offer, but highlighted that the overall quality was back.

The trade was reported to have slightly improved with farmers, agents and feedlot buyers present. 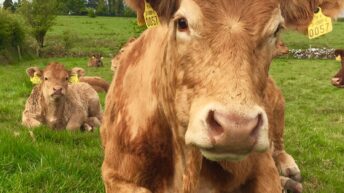