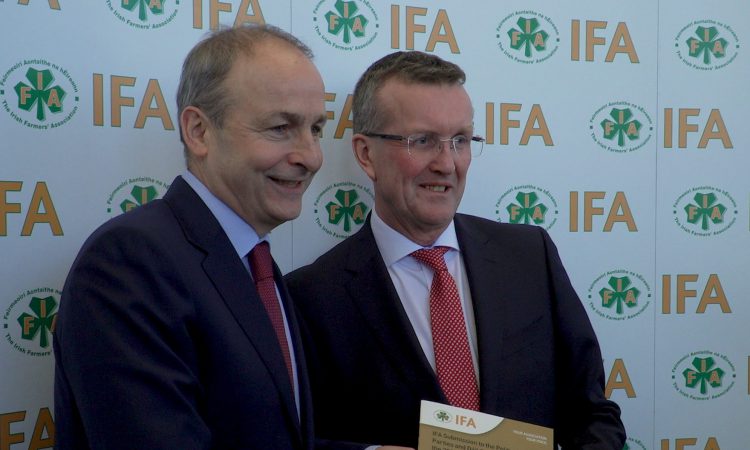 The president of the Irish Farmers’ Association (IFA) Tim Cullinan has said that the Common Agricultural Policy (CAP) budget must be the “top priority” for Taoiseach Micheál Martin at the EU Council meeting today, July 17.

Recent national political events must not distract from the importance of the meeting. The future of Irish agriculture is at stake.

“While progress has been made on the budget, the IFA estimates that the CAP budget is 9% lower in real terms than the budget for the previous seven years,” Cullinan said.

“We are particularly concerned about the allocation for direct payments in Pillar 1. The current proposal will not be sufficient to even sustain the Basic Payment Scheme (BPS) at the same level as 2020.”

The Taoiseach has to be crystal clear that there can be no cut to any farmer payments. The IFA has been campaigning for an overall CAP budget that would cover inflation and the extra asks placed on farmers.

“It is not sustainable to expect farmers to take on more and more measures for the public good while receiving less funding. If the EU wants us to do more, they must increase funding in line with any extra asks,” he concluded.

In any event, the CAP budget faces an uncertain future. It has emerged that the European Commission is at loggerheads with the other two bodies at the top of the EU – the European Parliament and the European Council – over the length of the transition period.

At the end of June, it was announced that a two-year extension to programmes under CAP had been provisionally agreed between the parliament and council.