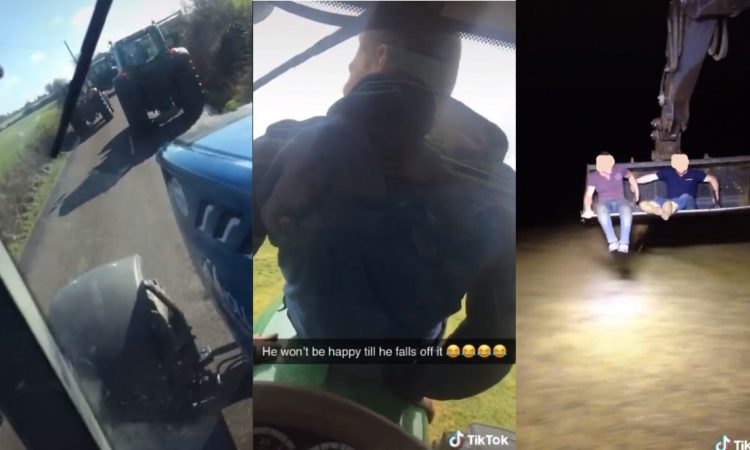 Recent videos to emerge on social media platforms such as TikTok have prompted an angry and concerned response from industry stakeholders.

Both the Health and Safety Authority (HSA) and the Irish Creamery Milk Suppliers’ Association (ICMSA) have called for a zero-tolerance approach to be taken with people who put themselves and others at risk in such a manner.

This follows a number of videos emerging online, depicting people being recorded in precarious situations such as on the bonnet of a working tractor, climbing up on farm machinery or in the bucket of a turning excavator. Other videos show dangerous road situations with tractors on both sides of the road.

Mark Cullen, assistant chief executive with the HSA, said: “The antics of the farm workers is these videos is shocking.

It’s only pure luck that some of these individuals have not been seriously injured or killed.

“Farmers and contractors must take a zero-tolerance approach with this type of behaviour and make it clear to farm workers that under no circumstances is it acceptable.

“The workers themselves need to seriously reflect on their actions and consider the consequences for themselves and their families if a serious incident occurred.

“The HSA will not hesitate to take robust action where we can identify the individuals and the employers concerned,” Cullen concluded.

ICMSA president Pat McCormack said that instances of people driving tractors while filming themselves for uploading onto social media platforms were “dangerous, irresponsible and had to stop”.

McCormack said that he was appealing to these young drivers – specifically young men – to recognise the incredible dangers this practice represented and to stop it immediately.

He said it was to do no more than state the obvious that this was an invitation to tragedy and he urged the people who engaged in this behaviour to stop “if not for their own sakes, then for the sakes of other road-users who will end up injured – or worse – when the inevitable accident happens”.

McCormack said that 99% of farmers would be “aghast” at people not giving this work the concentration and focus it most certainly needed.

Concluding, he said there would be “no sympathy or support” for people caught and prosecuted for this kind of recklessness. 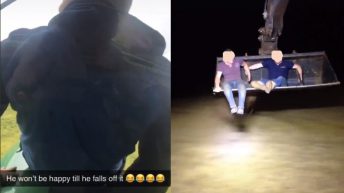