Call for social farming to feature in CAP initiatives 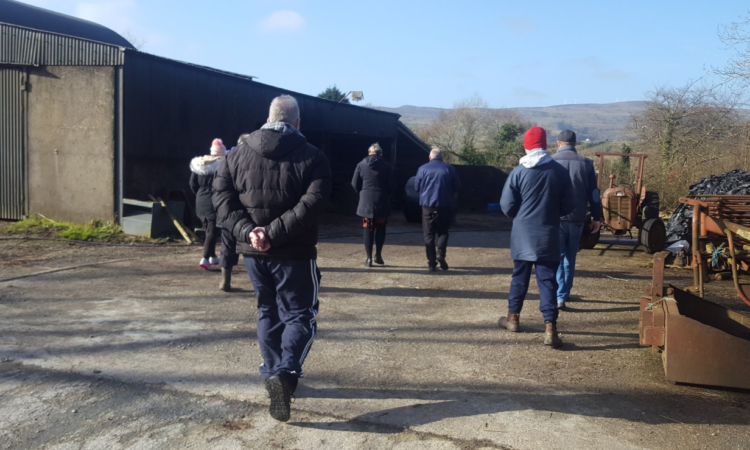 “GLAS fits well with the social farming enterprise and it’s a pity that social farming activities are not included in GLAS or other CAP initiatives.”

That’s the view of Galway-based Colm O’Dowd who will address a meeting on social farming in the west at the Clayton Hotel, Ballybrit, Galway, on Tuesday, May 29, from 10:00am to 1:00pm.

Colm recently switched from a traditional dry stock farm to a plant-based operation. He bought an 11ac holding at Middlethird, Oranmore, in 2007, having relocated from Dublin.

He also provides funding and research and development strategy support to: multinational corporations; SMEs (small and medium-sized enterprises); academics; and research organisations on a contract basis.

“Overall the social farming experience has been great. Currently I’m dealing with two service providers: the Brothers of Charity and Rehab,” Colm said.

“We have hosted 20 participants so far. Initially we had one group of four for 10 weeks. Then we took in two groups of seven in total for 10 weeks.

“Currently we have three groups of nine people in total, for 10 weeks. While many look to return, they are limited due to lack of funding with the service providers for this kind of activity.

“However, one participant is back on his third term – this is really due to his perseverance,” said the Galway farmer.

The participants have intellectual disabilities of varying degrees. “One has Acquired Brain Injury. Several are and have been non-verbal. However, we learn to communicate and it works out fine. Sometimes support workers join particular individuals,” Colm said.

“Overall it is very enjoyable but busy. I employ two neighbours to help out, one each day.

They have particular skills and I believe that it’s very important to have plenty of support to give attention to the participants.

“It’s clear that the experience on our farm is beneficial to participants’ lives but, rather than just getting access to the farm, I think it’s more about the interaction with the community, in a mediated way, in an open and pleasant farm setting, that really makes the difference.

“Social farming makes a huge difference to the people who visit from the services and it would be great to see the Department of Agriculture continue to support social farming initiatives. I think that would be a very progressive step for everyone involved.”

I think everyone could benefit from both the reduction in the pace of work and seeing how the participants view things. Also we seem to get jobs done that are often put on the back burner.

Colm has found that social farming fits in well with activities on his farm, noting that he has a small farm which is not intensive.

“We focus on growing vegetables, maintaining fruit and vegetable gardens and various environmental activities and obligations under GLAS,” he said.

“Limited focus is generally the issue so we don’t spend too much time each day on any single job. You need to keep it very varied so that everyone remains motivated throughout the day,” the Galway farmer said.

According to Colm, other jobs include: weeding; planting potting and repotting; planting and staking trees; putting up and moving electric fences; and stone wall repair, among others.

“Tidying up woodland and cutting branches seems to be very popular; also wood work. Everyone is different and, like most work situations, it’s a matter of identifying who is interested in what and keeping them motivated.”

Colm, who doesn’t use chemicals on his farm, is currently erecting a polytunnel to grow vegetables and fruit more successfully in our inclement weather.

“We were hoping to work with a plant-based company that was based locally but unfortunately it relocated to London where most of its business is based.

“I’m now looking for another potential partner to develop a plant-based cookery school and education centre with,” he said.

I’m also considering bringing some livestock back onto the farm as it’s just not quite the same without them. I just don’t know what animals yet.

Meanwhile, the Galway meeting will hear insights and learning on social farming from service providers, participants and farmers who are already engaged in social farming across counties Galway, Mayo and Roscommon.

It will also disseminate the results of research on social farming that was undertaken across the country last year.

The event is free but registration is required; this can be done on the Eventbrite website here. 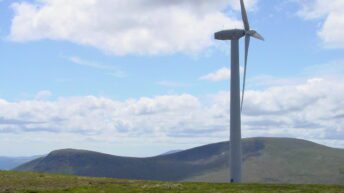