BVD tagging to remain compulsory in 2017 – Other programme details revealed 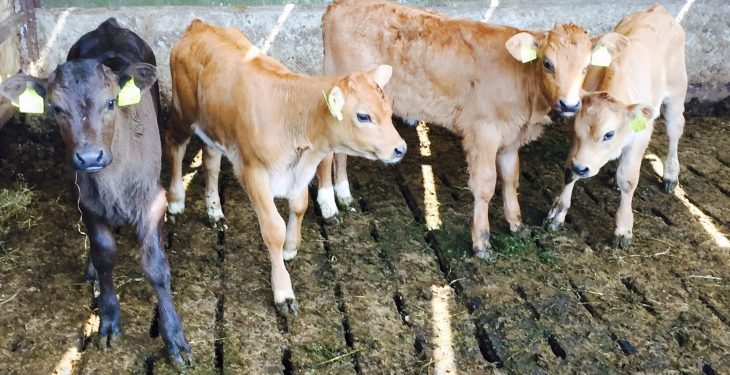 BVD tissue tagging of calves is to remain compulsory in 2017, as it was agreed at a meeting earlier this week.

This is just one of the key measures the BVD Implementation Group and the Department of Agriculture agreed upon at a meeting on Monday.

Following the meeting, Joe O’Flaherty, Chairman of the Group welcomed the agreement reached between both parties in relation to a series of key measures for the programme in 2017.

Other key issues agreed at the meeting was the compensation payable for the removal of BVD-test positive calves from farms.

At the meeting, it was agreed that farmers will be paid €185 for beef breed animals removed with a registered date of death on AIM within three weeks of the initial test.

This falls to €60 if removed in the forth or fifth week after the initial test.

Other key measures for the 2017 Programme:

Results from the BVD eradication programme

The number of Persistently Infected (PI) animals born in 2016 is less than one quarter of that seen in 2013, the first year of the compulsory programme.

“Furthermore, significant improvements have been made in reducing the extent to which PIs are retained on farm; currently only 117 of more than 83,000 breeding herds contain PIs that have been retained for more than 7 weeks,” he said.

O’Flaherty went on to say that these very encouraging results indicate that complete eradication is well within reach, and the measures which have just been agreed will further accelerate the progress towards the objective.

He concluded by reminding farmers of the benefits of obtaining and protecting Negative Herd Status (NHS).

By identifying and testing any animals whose status is not known, farmers can obtain NHS and access lower cost testing.

He also noted that appropriate bio-security measures should be put in place to minimise the risk of accidental introduction of infection through movement of animals, people or equipment, or across boundaries.