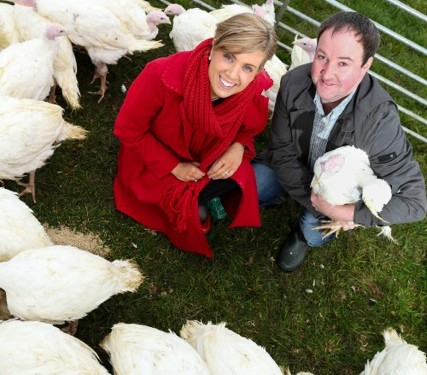 Ireland’s poultry sector is set to achieve export-led growth for the first time in its history, according to a leading industry representative.

“This is turning out to be a record year for the sector,” according to the Poultry Council of Ireland’s Alo Mohan.

Approximately 850,000 turkeys are consumed in Ireland during the Christmas season, 650,000 of which are Irish reared.

“Processors have managed to create almost 400 new jobs during the past 12 months. This is in line with the growth achieved by the redmeat industry. The recent reduction in feed prices has allowed the poultry sector to improve its levels of competitiveness with the result that 2015 may well see the industry commence exports for the first time ever.

“The growing confidence within the sector has been reflected in processers investing significantly in both their own operation and on-farm production capacity.”

Turning to the prospects for the Christmas turkey market, the Poultry Council representative confirmed that growers are enjoying their second buoyant season in succession.

“And this state of affairs has been replicated in 2014. Adding to the feel good factor at the present time is the fact that feed prices have come back considerably year-on-year.

“This is unlikely to be repeated in 2014, which will help maintain returns for local farmers.  A good Christmas will put the icing on the cake of what has been an excellent year for Ireland’s poultry industry. The sector will enter 2015 in excellent heart and feeling extremely bullish about its prospects.

“This is in direct contrast to the scenario which was unfolding a few years ago when world cereal prices were at their peak and the Irish poultry industry was finding it so hard to remain competitive.”