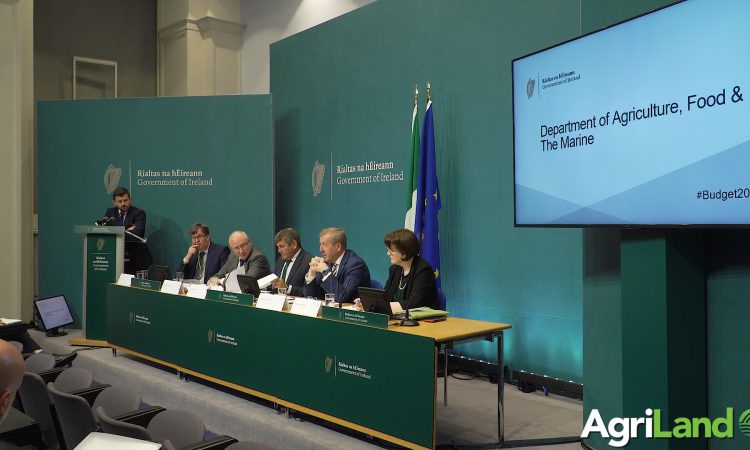 Beef finishers will be the main target beneficiary under the €85 million allocation that has been set aside in Budget 2020 for beef farmers in the event of a no-deal Brexit – however, dairy farmers who finish cattle would also be included this time round, if needed.

This is according to Minister for Agriculture, Food and the Marine Michael Creed.

Speaking to AgriLand at the Government press centre, at the Department of the Taoiseach in Government buildings earlier this evening, Tuesday, October 8, the minister said:

“We will need a regulation from the European Union to pay out that €85 million.

“I envisage that that would be substantially directed at people who are finishing cattle; because I think they’re going to take the immediate hit in a no-deal Brexit.

The tariff rate that has been set for beef into the UK market, as published – and indeed, republished today – is 37% on beef exports.

The minister added that Ireland will have some entitlement to compete for a Tariff Rate Quota (TRQ) in beef – but warned that the rest of Irish beef exports not included in such a quota would be subject to the 37% tariff.

“So, that will impact immediately and visibly, and hard on finishers, so we will need to direct that support at beef finishers,” the minister said.

Turning to the €6 million that has been allocated to “other livestock sectors” in the event of a no-deal Brexit in Budget 2020, Minister Creed said:

“Well with other livestock sectors, we’re looking in particular at our TAMS [Targeted Agricultural Modernisation Scheme] investments to improve efficiencies on farms, perhaps investments looking at the dairy beef progeny and how we might assist in that regard.

“But the detail in this can be worked out later; we have a very good idea in terms of the €85 million – that’s where the immediate impact will be.

We would see in that €85 million for example that the dairy sector who are involved in finishing animals would also be included this time because it would be a more comprehensive package than the initial BEAM [Beef Environmental Aid Measure] support.

“On other livestock sectors it will be substantially around TAMS investments,” the minister concluded. 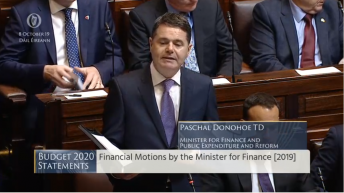