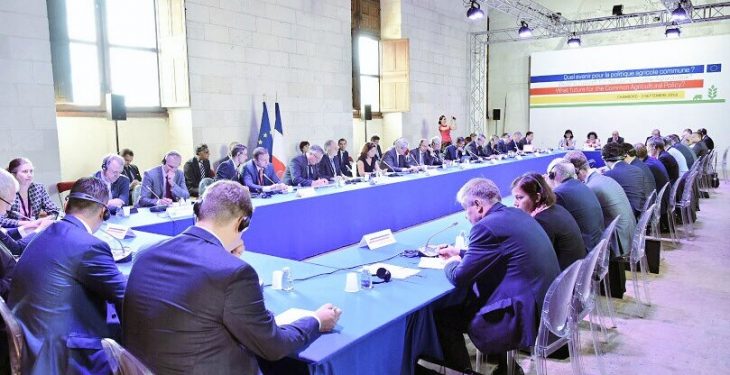 EU Agriculture Ministers, including Ireland’s Minister Michael Creed, met today in France to discuss Brexit, volatility on agricultural markets and the role and future of the Common Agricultural Policy (CAP).

The informal gathering was called by the French Minister for Agriculture, Stephane Le Foll who said it is necessary to work on CAP simplification, to keep consistency but give flexibility.

Speaking after the meeting today, Minister Creed said that today’s discussions were a useful opportunity to exchange initial views on the key challenges facing the CAP as we begin to consider how the policy will develop for the period post-2020.

Today was not a day for making decisions, but it did give Member States a chance to identify some of the issues that will need to be addressed in the forthcoming debate on the future of European agricultural policy.

The Minister emphasised some of the key considerations from an Irish perspective and said he was glad to be able to voice Irish concerns about the need to maintain the relevance of the CAP in a broader EU context.

“As well as helping to mitigate the impact of increased global market volatility on farmers’ incomes, particularly in a post Brexit scenario, the strengths of the CAP in terms of its contribution to EU jobs and growth, and to the achievement of societal objectives, must be further built upon.

“A particular challenge for the agriculture sector will be to increase food production in an environmentally sustainable way, and the CAP will play a central role in the achievement of this objective,” he said.