A number of cattle felt like fodder of a different fare – stopping by at a supermarket recently.

A total of four animals broke into a local grocery shop named ‘Fusion’ in Mui Wo, a rural town on the east coast of Lantau Island, Hong Kong, and helped themselves to fruit and vegetables that were on display.

A video taken of the animals was subsequently uploaded onto social media, providing scenes of the brazen bovines on Facebook.

According to local publication Ming Pao, the cattle broke into the Fusion “Eating Year” store.

A member of the Mui Wo District Council, Wong Man-han, told Ming Pao that four cattle had entered the premises to eat fruit.

He added (unsurpisingly) that this is the first time that a cow has broken into a shop. The relevant section has been handed over to the Agriculture, Fisheries and Conservation Department of the national authorities, the local outlet noted. 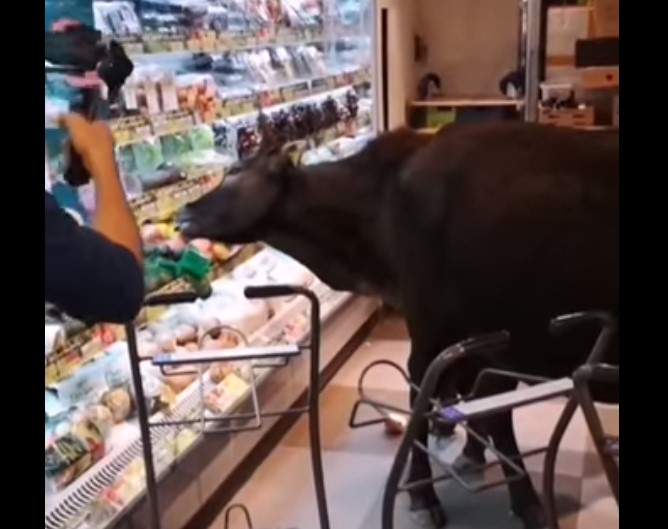 The incident apparently occurred at 7:00pm on Thursday evening (February 7).

While the cattle were driven from the store by staff, they were purportedly still outside the shop premises by 10:30 that night.

The shop assured locals that the relevant fruits were destroyed and the nearby shelves thoroughly cleaned.