Blowfly has struck in a number of Northern Ireland counties, according to the latest data from Novartis.

According to Novartis, the blowfly strike season is changing due to climate variations and prevention is better than cure for blowfly strike.

Anything which increases the amount of faeces that accumulates in the wool, such as a longer fleece, parasitic worms and diarrhoea, will increase an animal’s chance of getting struck, Fiona Anderson, vet advisor at Novartis Animal Health said.

The foul-smelling wound created by feeding maggots is also a powerful attractant for more egg-laying female blowflies, she says.

As soon as temperatures rise above 9⁰C, blowfly larvae that have overwintered in the soil start to develop and eventually pupate, meaning the blowfly season is imminent. Using a preventative product early, and ahead of the season, will limit the build-up of flies and the spread of disease, she says.

A new report says that the three golden rules to ensure best practice advice when it comes to blowfly strike:
Prepare – arm yourself with the facts and put in place a parasite protection plan;
Predict – know the triggers that are most relevant to your flock; and,
Prevent – the key to good seasonal blowfly management is to plan ahead and act early.

“Prevention is always best in the case of blowfly strike because adult flies can lay so many eggs in the fleece and the strike can establish very quickly. Farmers have so many demands on their time it can be easy to miss an affected sheep. An infestation can be easily prevented through the use of products which contain insect growth regulators (IGRs) such as CLiK® and CLiKZiN®. These inhibit the development of the damaging second and third stage maggots which are responsible for causing fly strike and stock damage.” 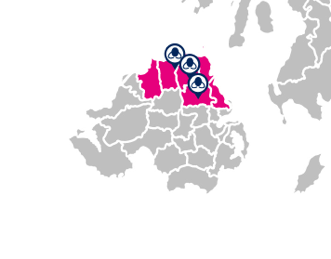