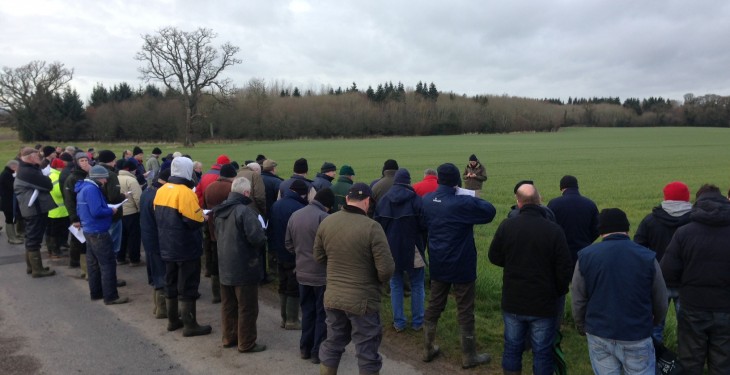 Teagasc has confirmed that milk producers, farming in the region of 40 hectraes and actively involved in discussion groups, are managing to generate an additional €10,000 annually – in gross margin terms – than their counterparts who are not so inclined.

Speaking at the launch of the Teagasc Annual Report for 2013 he also confirmed that his organisation is about to engage in a tendering process which will see the appointment of a private sector body to help coordinate and drive forward the new GLAS scheme at farm level.

“This is a major step for Teagasc as it is the first time the organisation has interfaced with the private sector in such a formal way.”

Referring to the general trends that impacted on Irish agriculture throughout 2013, Dr Cawley said that he preliminary estimates from the Teagasc National Farm Survey 2013 showed that the average income level on  Irish farms increased slightly in 2013 (up 1%) to €25,639. The stability in the average level, however, masks dramatically contrasting fortunes across the different components of Irish farming. Average dairy farm incomes increased but incomes for all the other enterprises decreased.

He continued: “Cattle rearing family farm incomes declined by 22% due to higher production costs. Incomes on other cattle farms and sheep farms declined by 13% and 39% respectively in 2013 due to lower levels of output combined with higher costs of production.

“On tillage farms, despite largely  stable costs of production and higher yields, lower prices  and lower hectares harvested led to lower output and  lower family farm incomes. Farm incomes on specialist dairy farms, despite large increases in costs of production, increased strongly due to a combination of higher prices and increased levels of milk output per hectare.

“Teagasc continues to focus on developing technologies  to assist all sectors become more competitive. One such example is the new cattle genotyping panel. Developed by Teagasc in collaboration with ICBF and Weatherbys,  a new genotyping platform called the international dairy and beef SNP chip is available for use  in dairy and cattle breeding. This new panel is being used in 2014 as part of the new Beef Genomics Scheme.”