Last week, beef processors began applying pressure to base quotes for prime cattle. It seems that the majority of factories have been successful.

Procurement managers have noted that – normally at this time of the year – cattle supplies are on the tight side. However, one manager explained that there is an “abundance” of cattle available.

For want of a better word, this is a disaster for beef finishers, as prices could head further south. At the upper end of the scale, there are quotes of 385c/kg for bullocks and 395c/kg for heifers on offer.

However, other plants are quick to quote 380c/kg for steers and 390c/kg for factory-fit heifers.

One question springs to mind as processors start to implement further cuts: How long can the beef finisher last at this game?

With fodder shortages and rising feed costs on the horizon, how can beef factories expect farmers to finish cattle? It’s just not economical.

Farmers must bargain hard in an effort to achieve the higher prices.

The number of cattle processed in Department of Agriculture approved beef export plants jumped by 1,381 head during the week ending August 26.

The total kill for that week amounted to 35,440 head. Looking at individual categories, we can see that number of young bulls processed fell by 211 – amounting to 2,695 head. 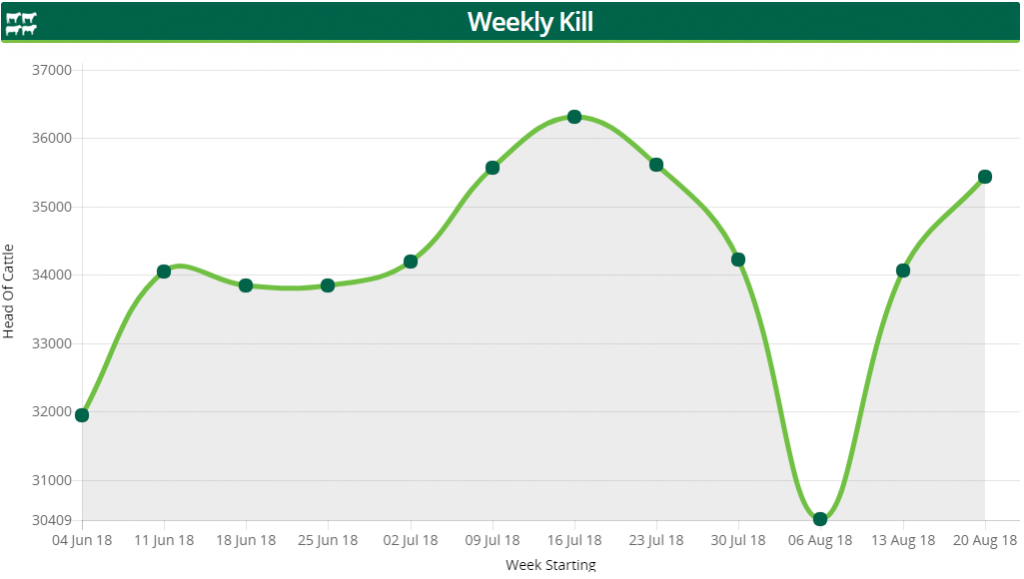 There was also a slight decrease in the number of aged bulls presented for slaughter; 759 aged bulls were processed. However, there was an increase in steer slaughterings. During the week ending August 26, 15,357 bullocks were bought by beef factories – a jump of 1,117 head.

The cow kill also decreased marginally. The total number sent for slaughter was 7,616 head – a fall of 27 head. The heifer category also witnessed an increase. The number of these animals increased by 539 head – amounting to 9,013 head.

The trade in Britain

Cattle prices have continued to show an uplift in the UK, the latest report from the ADHB (Agriculture and Horticulture Development Board) indicates.

The total kill for the week ending August 26 stood at 29,200 head. The ADHB reports that some processors are short of finished cattle, as farmers hold onto stock in the hope of price increases.

Moving to the cow kill, overall prices increased by 6.6p/kg (7.3c/kg). According to the report, demand for manufacturing beef in Europe appears to be stable and – because fewer cows are available for slaughter – this seems to have supported the price.

During the week ending August 26, the number of cows presented for slaughter fell by 1,000 head when compared to the previous week. 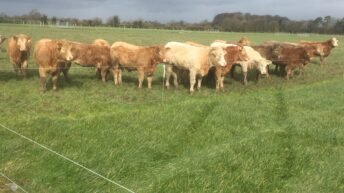