Beef trade: No movement in base quotes this week

While the majority of cattle are still trading at 375c/kg for bullocks and 385c/kg for factory-fit heifers, agents are keen not to let any good-quality cattle go.

Although some processors have talked down the trade due to the large kill in previous weeks, some steers are moving at 380c/kg and their female counterparts at 390c/kg – depending on quality; but farmers have to bargain hard to achieve these prices.

In recent weeks, farmers with marketable stock have been urged to bargain hard as beef processors are anxious to secure cattle supplies; stock deemed ‘in-spec’ have the greatest chance of securing higher prices.

Looking at the cow trade, processors are offering 290-300c/kg for P-grade cows, while lesser-quality cows are further back.

Negotiations are starting at 300-310c/kg for O-grade cows, while finishers supplying better-quality, R-grade cows are being offered 330-340c/kg this week.

Cattle throughput will be somewhat lower this week due to yesterday’s bank holiday. However, official figures show that some 39,112 cattle were processed in Department of Agriculture approved beef export plants during the week ending October 21.

The addition of last week’s throughput brings the cumulative kill for the year, up to and including the week ending October 21, to over 1.44 million head – an extra 51,429 head when compared to the same period in 2017. 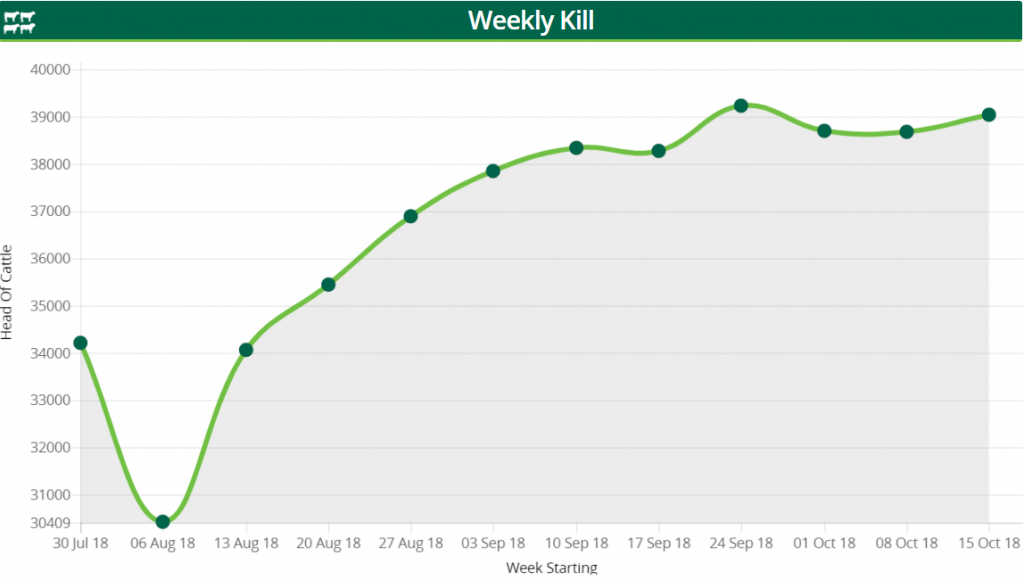 Looking at the figures in more detail, the steer and heifer kill stood at 16,441 head and 9,883 head respectively; when combined, this represents 67% of the total weekly kill during that week.

Cow slaughterings accounted for the third largest segment of the kill at 8,988 head, while young bull and aged bull throughput stood at 3,235 head and 502 head respectively.

As mentioned above, over 1.44 million cattle have been slaughtered in Ireland this year – a climb of 51,429 head or 3.7% when compared to the corresponding period in 2017.

Throughput increases have been witnessed in the young bull, aged bull, cow and heifer categories. However, steer throughput has declined by 13,493 head – largely due to the rise in young bull slaughterings. 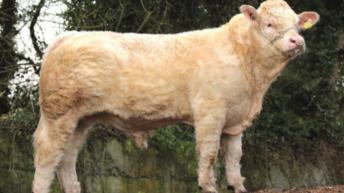