After a number of weeks of upward price momentum, and while factories are anxious for cattle, there is no change in prices offered for prime cattle that are fit for slaughter this week.

The beef trade has been hit with some welcome and not so welcome news in recent days. Firstly, the remaining Irish McDonald’s restaurants will open their ‘drive-thru’ facilities by the end of next week and this should create more demand for Irish beef.

On the other side, Irish beef exports to China have been temporarily suspended due to the recent discovery of atypical BSE in a cow in Co. Tipperary earlier this month.

For Ireland, the Chinese market is small, but it is growing. For the first three months of 2020, Bord Bia figures indicate that Irish beef exports to the country stood at almost 3,000t. 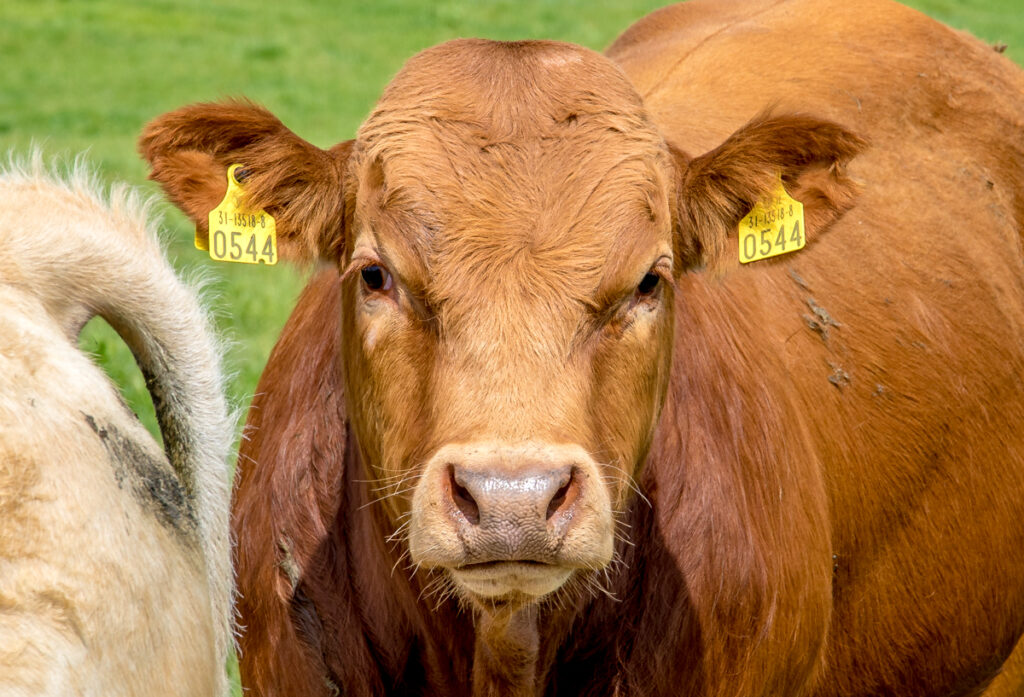 Looking at prices, general quotes hover around the 360-365c/kg mark for steers and heifers. However, there is some varying prices on offer, with farmers with numbers – and a good working relationship with factories – securing quotes of 370c/kg.

Under-24 month bulls are making 350c/kg for R-grades and 360c/kg for U-grading types; O-grade bulls are hovering around the 340c/kg mark and slightly higher in some beef processing plants – depending on quality.

While the prime and bull trade are relatively the same, cow prices have suffered a blow this week, with P-grading cows now making 270-280c/kg and with O-grades hovering around the 280-290c/kg mark. In addition, R-grades are achieving 300-310c/kg in the beef factories.

Last week’s kill increased by 2,039 head with steers and heifers standing at 10,281 head and 8,641 head respectively. With an extra 1,300 heifers killed, this indicates the availability of these animals finished off grass. 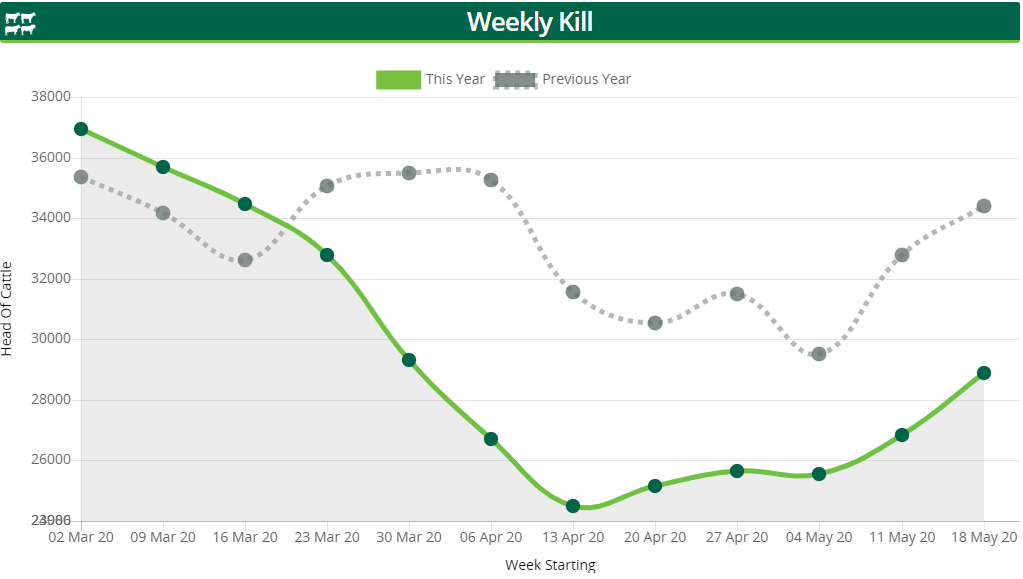 Cow slaughterings accounted for 6,840 head (up 1,085 head on the previous week), while young bull and aged bull throughput stood at 2,489 head and 625 head respectively.

The total number of cattle slaughtered in Ireland moved up to 28,876 head. While this increase is notable, it is well below the 34,402 head of cattle that were slaughtered during the same week of 2019.