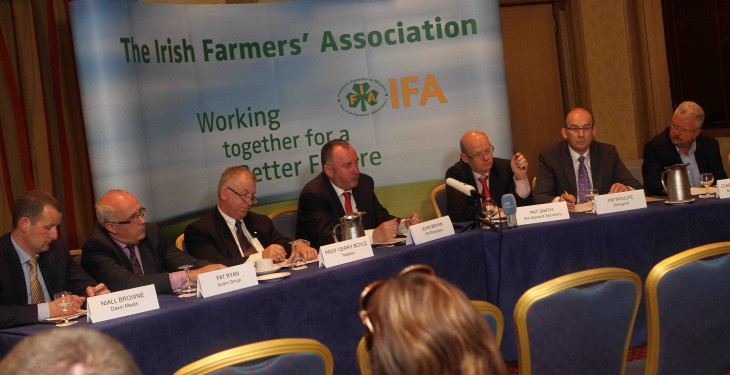 The beef and tillage sectors are the most vulnerable with regard to CAP Reform. This is according to Teagasc Prof Gerry Boyle.

“Regarding beef, the fodder situation has improved dramatically but it has put a big dent into the confidence of beef producers. Beef producers are reliant on SFP which is key to CAP Reform,” he said, adding it was the same with the tillage sector.

“The closer it gets to the Agriculture Minister’s proposals last March, the less vulnerable those two sectors will be.”

Acorn Group CEO, Pat Ryan, agreed. “Tillage is the most exposed to votality. At the moment we can see grains 40 to 50 per cent cheaper in the past year. If you remove SFPs there will not be a tillage sector in Ireland,” he warned.

Dairygold CEO Jim Woulfe noted that the level of debt owned by many members of its group has grown 35 per cent year-on-year and stressed the importance of a good deal on the SFP.