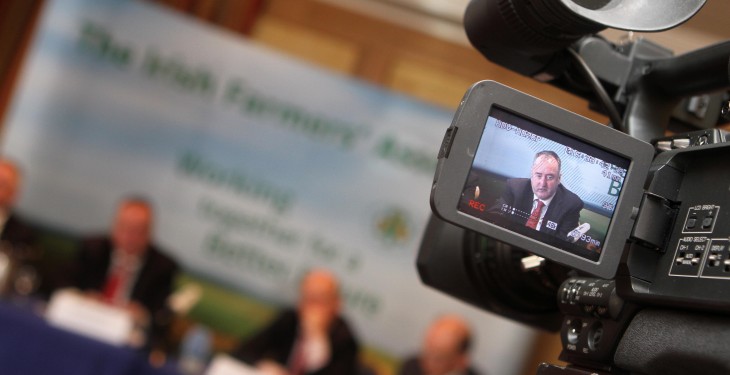 The European Commission needs to wake up and live in a democracy, according to IFA President John Byran this morning.

“There are different markets in different countries and that needs to be taken into account. If the commissioner [ Dacian  Ciolos] doesn’t move fast to bring through these reforms he will be the first European Commissioner not to do this. He is under huge pressure.”

The Minister for Agriculture believes in productive agriculture and he has to ensure the level of money taken away will not destroy production, he stressed.

“No matter what farmers are already at a loss… The production sector will loose up to 25 per cent but if the Minister gives in on minimum payment the sector could loose up to 35 per cent…he cannot concede.”

The IFA President was speaking at an IFA-organised agri-business meeting on the ongoing CAP discussions that are up for negotiation in the coming days.