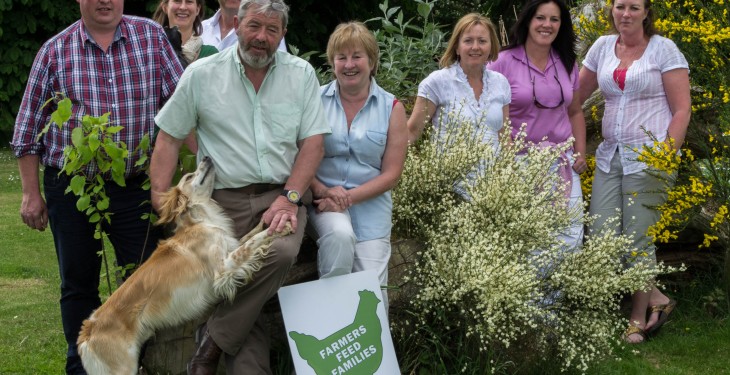 Tweeting Farmers will see farmers around the country using twitter to show how food is produced. Each week a different farmer will take charge of the Tweeting Farmers Twitter account telling us all about daily life on their farm – what time they are getting up, when they are feeding animals, mucking out the sheds, making silage and everything in-between.

First to take the helm is Alfie McCaffrey from Old Farm in Lorrha, North Tipperary. Alfie has free range pig farm where he rears rare breeds of pig, the British Saddleback being one. He sells his award-winning pork and bacon online (www.oldfarm.ie) directly to the customer and offers next-day delivery via a courier system.

Tweeting Farmers will bridge the gap between the farming and the non-farming community. It provides an opportunity to find out more about what happens on farms across the country and what it takes to get food onto Irish tables. Anyone with questions for farmers will be able to get in touch and ask them; whether it’s someone from an urban background that doesn’t know what happens on a farm or a new farmer starting out looking for advice.

What’s more, it’s an invaluable way of promoting the quality of Irish food not just in Ireland but throughout the world and this promotion is coming direct from the farm. Who better to promote our great food than the people producing it!