Elections were originally due to be held before January 15. However, following weeks of upheaval withing the farm lobby group over governance issues – resulting in the calling of an extraordinary general meeting (EGM) – elections and AGMs for individual counties were pushed back.

That EGM took place in Portlaoise on January 26. Though some meetings took place before this in some counties (with these meetings being referred to by their organisers as ‘AGMs’ and ‘elections’), a majority of county branches did not hold such meetings.

The dispute over when the elections ought to be held is part of a larger dispute within the Beef Plan Movement that has been ongoing since the start of the year.

However, the majority of other national committee members (excepting Doyle) seem to have continued operating as such, and it was those members who called the EGM and for elections to be postponed.

Doyle and Corley had set the original deadline for the holding of elections. After several counties did not hold elections, they set a new date of February 14 and 15.

It is understood that, with the EGM already held, the national council members are backing the elections held last night and that are ongoing today “in a transparent manner”, as was discussed at last month’s EGM. 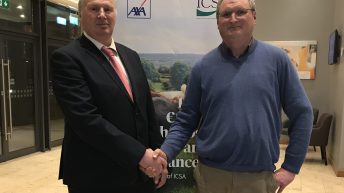