The Beef Plan Movement is calling for “100% farmer supervision” on carcass trimming at all factories, following discrepancies at some meat plants last year.

The farmer-led group, which claims to now boast up to 15,000 members, is also of the opinion that images should be taken of carcasses before and after trimming.

In a statement to AgriLand, spokesperson Eamon Corley said it is “vital” that such changes are introduced to restore farmer confidence in the aftermath of last month’s carcass trimming controversy.

There should be 100% supervision on that vital area on the kill floor between the hide puller and the scales.

“This supervision must be provided by farmers trained to the same standard as the current supervisors and dressed in the same protective clothing,” he said.

The group – which recently registered as a company – also contends that there should be a “live, real-time video feed” operating in the area – with images taken of the “inside, as well as the outside” of the carcass.

Also Read: Fledgling farm body steps up to the next level

“We have no confidence in factories to self-regulate trim, grades, weights, etc. on the kill floor; nor do we have any confidence in the ability of the Department of Agriculture, Food and the Marine to do this task.

“Whether it is 2% or 5% supervision, we would see this as an invitation to continue taking advantage of farmers,” said Corley.

Last month, it emerged that three meat plants were found to have carried out excessive trimming on a total of 19 carcasses throughout 2018 – 11 at Kepak Clare; five at Emerald Isle Foods; and three at Kildare Chilling Company.

We need to bring in a system that at all time farmers – be they sheep, pig and on the cattle grid as well – could have a photo of their animal before and after trimmings.

“Technology is gone so sophisticated now and they should be entitled to that,” he said.

Last year, a total of 521 inspections were carried out across 32 slaughter plants with 44,332 carcasses inspected by classification officers within the Department of Agriculture, Food and the Marine. 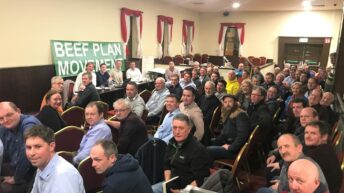