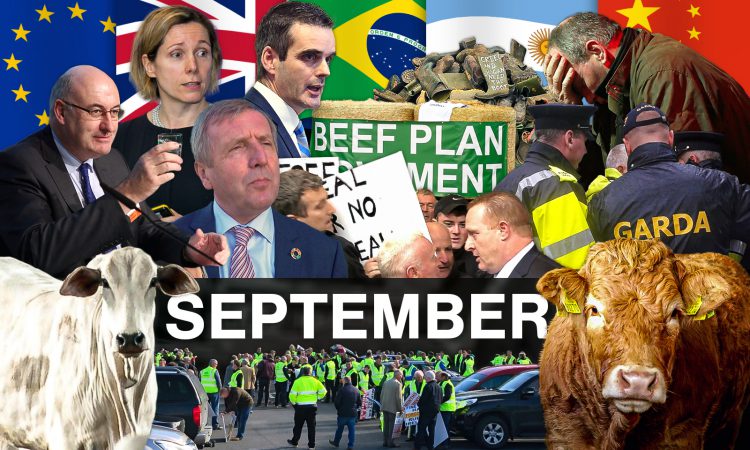 And if seven farm lobby groups weren’t enough, an eighth emerged from the fray. Enter: Independent Farmers of Ireland (IFOI).

With that, in a spectacular development, Dawn Meats was granted permission by the High Court to serve motions seeking to jail 18 protesters at two of its beef plants for breach of court orders.

Although Meat Industry Ireland (MII) initially offered an olive branch that such legal proceedings would be deferred if all protests were stood down ahead of the next round of talks, it subsequently pulled out as some blockades remained.

The decision was condemned by the farming organisations.

But it was a case of out of the frying pan and into the fire, as 38 knackeries took industrial action due to a collapse of talks with the department pertaining to a number of ongoing operational issues.

Meanwhile, collateral damage on the jobs front escalated. 3,000 employees of Irish beef processing facilities were temporarily laid off – with just 20% of Irish meat plants now operating at some capacity.

Return of the movement.

The reason: Retailers’ decision not to attend the next round of ‘beef talks’ – during which meat plants agreed to suspend slaughtering operations.

This latest round-table discussion lasted a number of days; then finally, the ‘Irish Beef Sector Agreement, September 15’ was reached.

The two-strand deal included a number of changes to bonuses, age limits and residency rules, to be implemented immediately; while commitments were also given to the establishment of a Beef Market Taskforce; a Beef Market Price Index; and a review of the Quality Payment Grid.

MII insisted that the agreement would not be actionable until all protests were fully suspended.

But yet, some blockades continued.

It was of course a major talking point at the 2019 National Ploughing Championships.

As the sun radiated down on Bord Bia’s marquee in Fenagh, Co. Carlow, it wasn’t long until conversations also became heated inside.

Then, in a bizarre turn of events, Dawn Meats issued fresh legal action against Beef Plan Movement (BPM) and its directors.

However, after an exhausting eight weeks, farm organisations took matters into their own hands yet again, imploring the remaining picket lines to stand down so that the agreement could be progressed.

After 48 hours of deliberation between the remaining protesters and various mediators, the last-standing pickets at Liffey Meats in Ballyjamesduff, Co. Cavan, Liffey Meats in Ballinasloe, Co. Galway, and ABP Clones, Co. Monaghan, officially stood down on Sunday night, September 22.

In the coming hours, it emerged that Liffey Meats agreed a six-week price floor, while processing also slowly resumed at other sites.

Having spent weeks sourcing suitable stock, exporters loaded consignments for Turkey and Libya at various ports. Total live exports for the month of September amounted to over 16,000 head – an increase of approximately 11,000 head on the previous month.

Farmers, processors and farm organisations looked towards the next chapter: Meeting the commitments of the beef agreement. 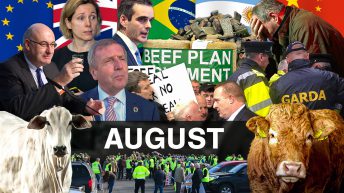