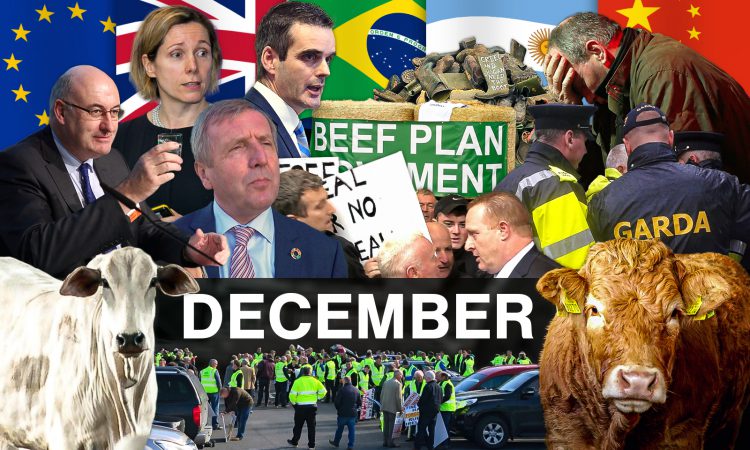 Is there anything to be said for another protest?

While MII senior director Cormac Healy successfully entered ‘Ag House’ for the reconvened first official meeting of the Beef Market Taskforce without a hitch this time, it wasn’t long until the pressure was applied.

From the moment the country’s farm organisations stepped into the fold, a united mandate was heard: beef prices must rise, immediately.

They didn’t mince their words when it came to demanding that processors uphold their commitments under the beef agreement either.

MII openly acknowledged that some “green shoots” have emerged with EU and UK beef prices; adding that “hopefully” the same would soon occur on home turf. 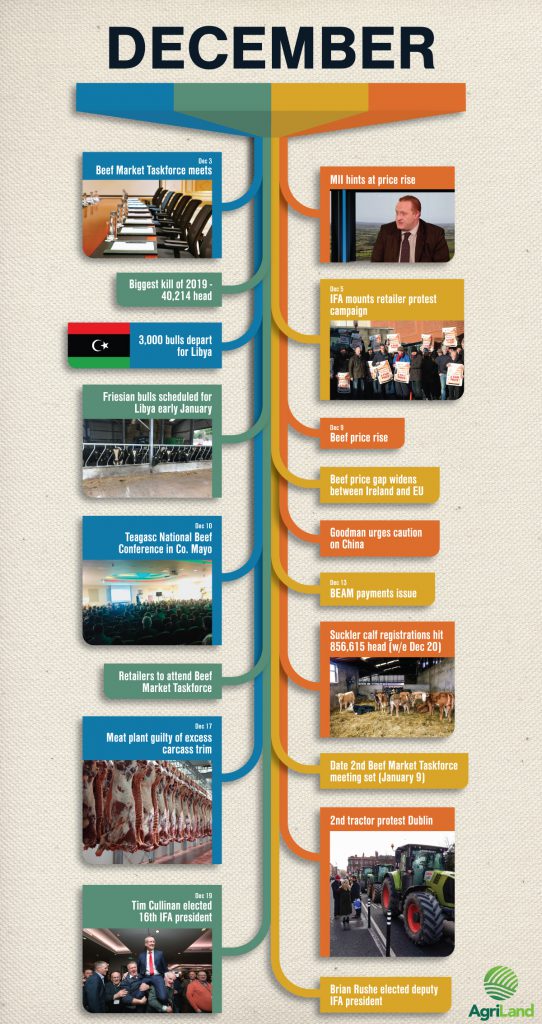 And, just as the year started on a kill high, it was closing on another as the highest weekly kill of 2019 was recorded with 40,214 cattle slaughtered at department-approved plants.

The IFA dug in its heels…

Mid-month – and in the run-up to the election of the IFA’s 16th president – the farm lobby group launched another series of nationwide protests.

Finally, the much-needed increase in beef price arrived – albeit, at a very small scale.

Meanwhile, in another extraordinary intervention, Mark Goodman, the managing director of ABP International sounded some new warning bells from the shores of Shanghai – casting doubt over the potential of the Chinese market.

The date for the next Beef Market Taskforce meeting was set (January 9); with some new faces set to join the table: Tesco; Aldi; Musgraves; and Lidl.

The tractor protesters did not take the minuscule beef price rise lying down.

Another tractor protest arrived in Dublin’s city centre near the end of the month; it was a short-lived event, but the threat of another visit remains.

After weeks of canvassing and hours of recounts Tipperary pig farmer, Tim Cullinan, emerged victorious in his race for the IFA presidency. Kildare dairy farmer Brian Rushe was named deputy president of the association.

Cullinan said his first focus is: “resolving the current crisis in the beef sector”.

A tall order for a fractured industry… 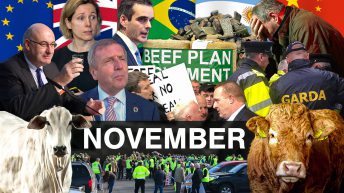