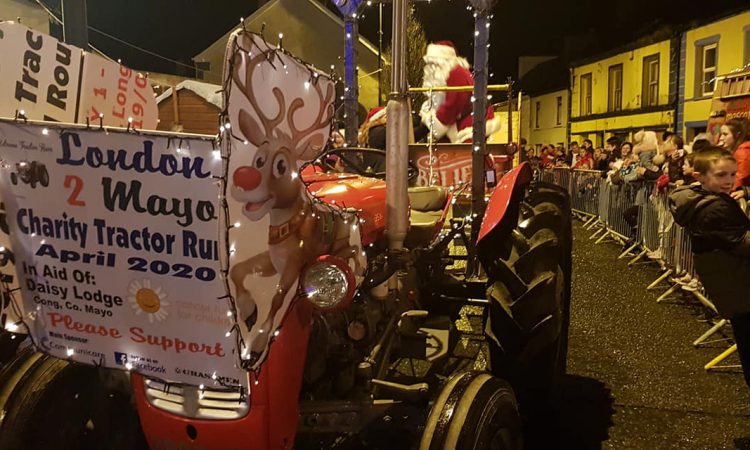 Preparations are well underway for a tractor run with an “extreme” twist – which will travel from the UK capital of London all the way to Co. Mayo in 2020.

Mayo organisation Extreme Tractor Runs is currently in the process of organising “one of its biggest vintage tractor runs to date” in the form of its London2Mayo Charity Tractor Run.

According to the organisers, all funds raised will go to the Cancer Fund for Children’s Capital Appeal to build Daisy Lodge in Cong, Co. Mayo.

This is a respite centre for children with cancer which needs full fundraising. At present, there is only one such centre on the island in Newcastle, Co. Down, which sees some 500 families avail of this service annually.

Cancer Fund for Children can only provide one in seven families from the Republic of Ireland with a short break at present – which is why the charity has made the decision to build a second Daisy Lodge in Cong, Co. Mayo, according to Extreme Tractor Runs.

It is envisaged that building on Cancer Fund for Children’s therapeutic break centre Daisy Lodge, Co. Mayo, will commence in the next 18 to 24 months – during which time the charity will continue to raise €14.5 million needed to make the plan a reality.

The tractor run will consist of 10 vintage tractors initially for the main part of the run, with an expectation of more tractors joining along the way for support, according to the Mayo group.

The convoy will leave The Claddagh Ring in London, and travel to Kilkelly, Co. Mayo, Ireland.

This is broken down by the organisers as follows:

Going a step further, in 2019, the group raised a sum of €120,000 for the National Rehabilitation Centre Dun Laoghaire and Mullingar and Castlebar MUH Children’s and Paediatric Special Care Units.

In 2020, the group’s focus will be solely on raising much-needed funds for a new cancer respite centre, Daisy Lodge, in Cong, Co. Mayo.

For more information on the run – and its very worthy cause – as well as info on donating, those interested can check out the event’s Facebook page here. 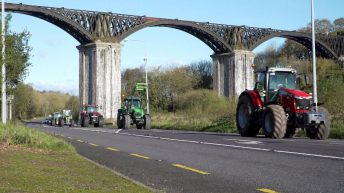 Reminder: Cork convoy hits the road…to warm up for a ‘500-strong tractor run’