Just 24 hours after the conclusion of the beef sector reform talks questions are now being asked of who will benefit from the upcoming review of the beef grading grid?

At the close of play in the early morning hours of Tuesday, August 21, it was agreed that Teagasc will review the price differentials on the grid in the short term and will undertake a full review in the longer term – with efforts on this front expected to convene with stakeholders in mid September.

Meat Industry Ireland (MII) also agreed to review the beef grading grid with the view that the suckler herd would benefit from an increase in differentials between the different grades.

However, in order for a full review of the grid to take place it is understood that all the processors would have to be fully transparent and forthcoming with the necessary information – otherwise there are some concerns that it would simply result in a partial examination.

A source close to the marathon discussions, which ended after the intervention of the Minister for Agriculture, Food and the Marine, Michael Creed, told AgriLand that at one stage during the marathon 36-hour meeting – which took place over three days – stakeholders were informed that such a review would include a science-based assessment of meat yield per carcass.

While such a move would be music to the ears of farmers looking for increased differentials on suckler-based stock; it would mean quite the opposite for dairy-based stock who would potentially have penalties and devaluation under such a revision.

Separately, in relation to the criteria for the 12c/kg in-spec bonus under Bord Bia’s Quality Assurance Scheme, the factories have proposed that – aligned with the grid review by Teagasc – the industry commits to reduce the 70-days residency period on the last farm to 60 days and to broaden the in-spec bonus criteria to cover O- conformation and 4+ fat class for steers and heifers.

However, again it is understood that the in-spec bonus that has been offered is contingent on a review of the grid.

Inside the meeting room

Multiple farmer representatives that attended last night’s talks told AgriLand that effectively nothing has been agreed until agreement is reached on the review of the grid.

While there was progress on weighing cattle – on live weights at kill out versus dead weights – and improvements on future breeding strategies, the farm lobbies say these advancements are all long-term gains. 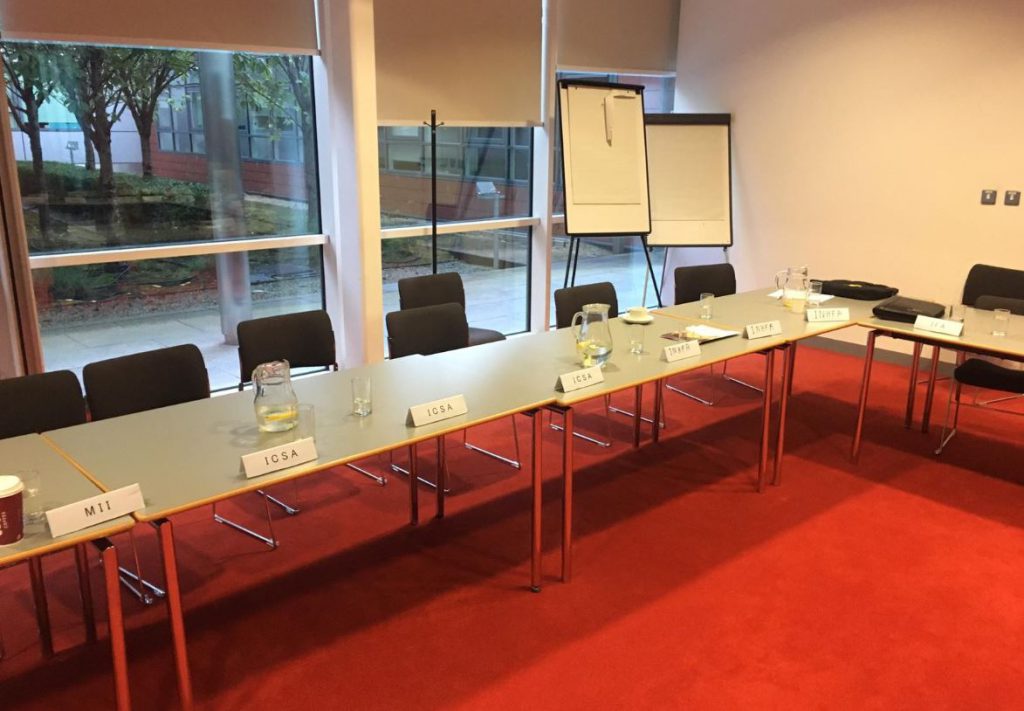 In the short term, multiple farm organisations have today expressed to AgriLand that, “regrettably”, the reality is that not a lot of meaningful changes were achieved over the course of the drawn-out talks in terms of increasing the base price and putting more euros back into the pockets of farmers.

Minister Creed commenced proceedings on day three of the talks at 10:00am yesterday morning. Firstly, the minister addressed the round-table and then proceeded to hold individual meetings with all the stakeholders.

It is understood that each of the meetings lasted for approximately 30 minutes.

At approximately 10:00pm on Tuesday night, August 21, the farm organisations were presented with a series of proposals from MII which it said were generally agreed upon by the farm lobby groups – however, the farming organisations have all since stated their disappointments and frustrations over the entire three-day procedure.

It is feared now that a similar scenario might ensue during this autumn’s negotiations on the future shape of the beef grading grid.

The agreement includes commitments on:

The beef talks in Celbridge, Co. Kildare, were chaired by independent chairperson, Michael Dowling, and facilitated by the department and supported by its state agencies Bord Bia and Teagasc.