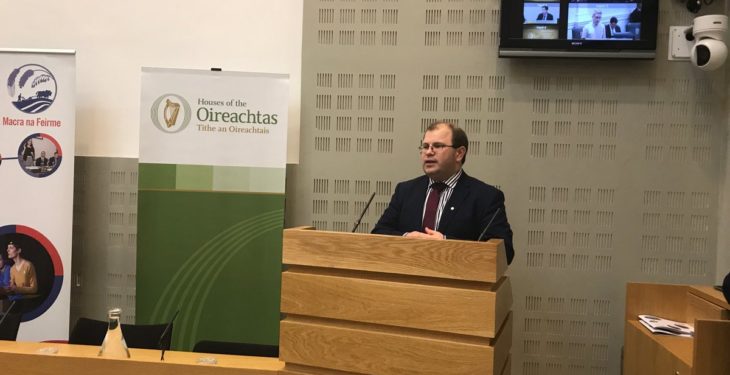 Macra na Feirme has joined other farming organisations in not attending the Beef Forum meeting this Wednesday (October 3), maintaining the long-held principle of not passing a farmer protest.

However, the organisation has stated its belief that engagement among all stakeholders in the sector is required to plot a sustainable future for young beef farmers.

The young farmers’ organisation has called the Minister for Agriculture Michael Creed to reconvene the Beef Forum at the first possible opportunity while making a number of changes which the association believes can improve its effectiveness and achieve real results for farmers.

The changes proposed by Macra include:

“Farm organisations have been protesting at the doors and gates of both the Department of Agriculture and meat factories for decades – we need to find a new strategy for achieving our objectives.

“For our members to have confidence that they have a sustainable career in beef farming, there must be a coherent plan with buy-in from all stakeholders in the sector.

This can only be achieved by dialogue and I believe the beef forum provides the best platform to achieve this.

Macra na Feirme encourages all stakeholders to come to the table in good faith and with the best interests of the sector as a whole.

Members of the young farmers’ representative group have expressed anger over the lack of support for beef farmers from meat processors during the recent weather difficulties, according to Macra.

A sense of distrust is rife among young beef farmers.

Continuing, Healy said: “Young beef farmers feel they have been taken advantage of, when they look at the support shown to farmers by processors in other sectors since the drought began.

“For beef farming to be an attractive career, young farmers need to know that the meat processors will support them in their time of most need, but the current shortage of young people taking up beef farming as a career highlights the lack of belief that this will happen.”

ICMSA and ICSA will not attend 12th Beef Roundtable