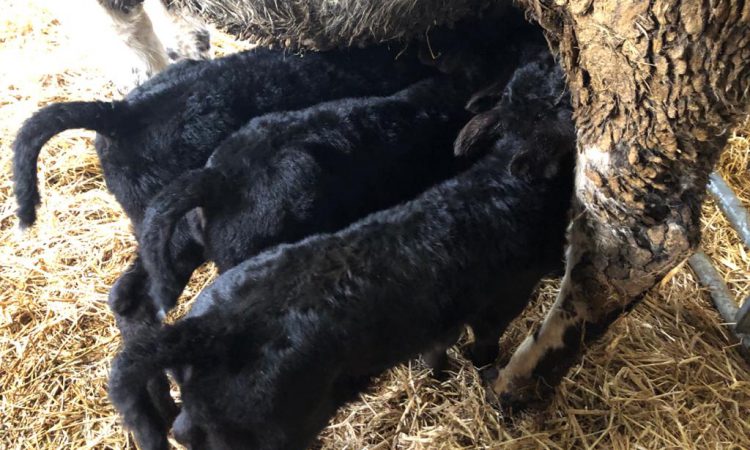 A farm family in Co. Meath got a pleasant surprise when their cow was calving last week – triplet calves.

After the first-calver cow had calved down, three bull calves were present and accounted for.

The cow belongs to Pat Daly from Clonard, in the “Royal County”. Speaking to AgriLand, his son, Martin, explained what happened: “She was getting very thin and we expected twins but we never thought of triplets!” 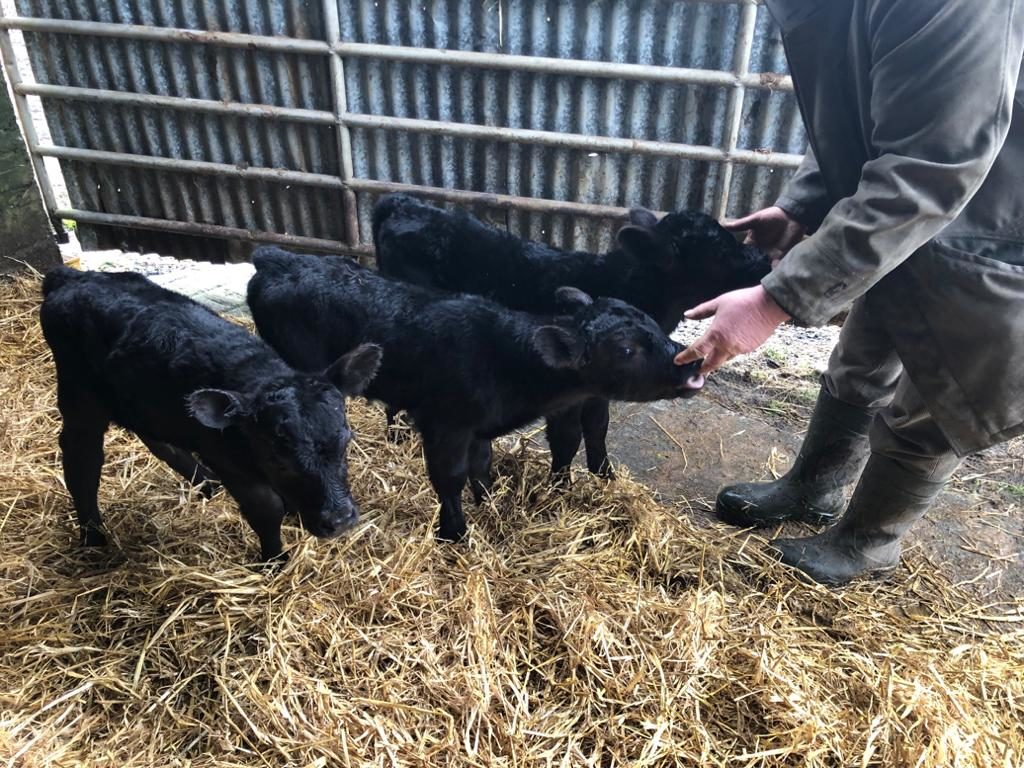 When you open the gate they come running; it’s unbelievable how they’re after doing in the week.

Martin explained that the calves’ mother is a Belgian Blue cross, out of a Friesian cow, which was put in calf to an Aberdeen Angus bull.

“We didn’t AI ourselves; it was Brian Murphy of Progressive Genetics who AI’ed her,” he added. 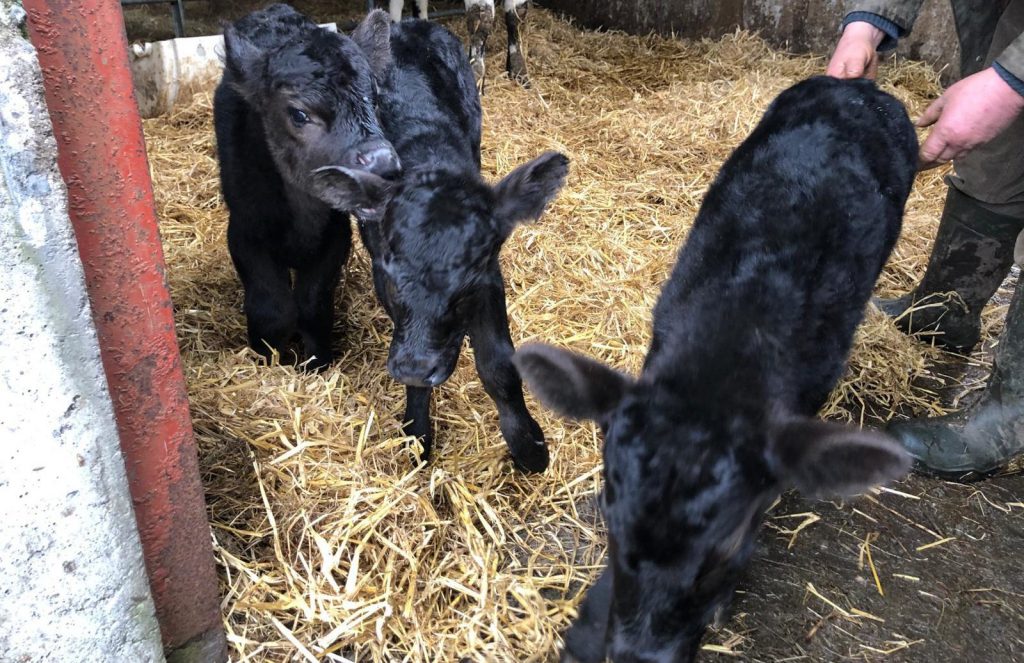 The cow was bought as a suckler calf in Tipperary town – and was the last animal for sale on the day, when Martin bought her for his father.

There was no difficulty calving; my father saw her calving and he pulled the first one; then he went back in to check for a second one. He was able to pull them; there was no jack involved.

Talking of his father’s plans for the thriving triplets, Martin said: “We’ll rear them; she’s only a first-calver so I wouldn’t like to leave the three on her.

“We’ll probably only leave one on her and put one or two onto another cow. We’ll just leave her to rear the one for the year. That’s the plan at the minute. 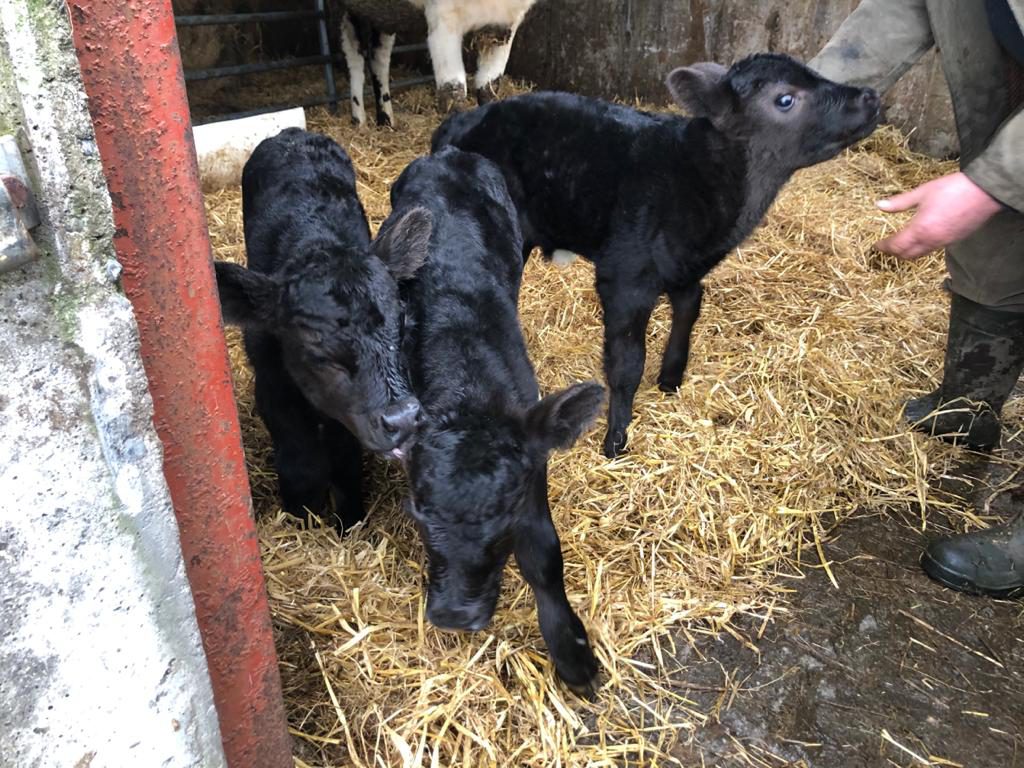 “It’d give you a bit of a lift, with the way the weather is at the moment. In those circumstances you could always have a bad situation – but they’re flying in at the minute,” Martin concluded. 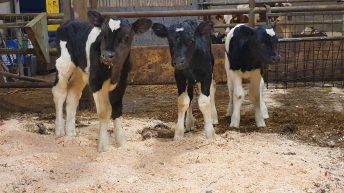